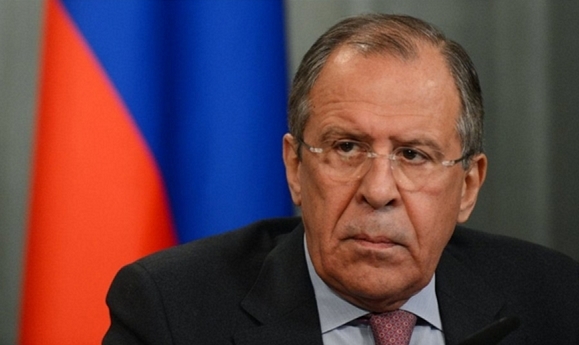 TEHRAN (FNA) – Russian Foreign Minister said that Ankara very rarely detains or hands over Russians who travel through Turkey to the Middle East and Northern Africa to join extremist groups.
–

“Russia has emphasized time and time again its concern over the growing terrorist threats in Turkey and the lack of preparedness of the Turkish authorities to cooperate in the fight against terrorism. In particular, regardless of our numerous requests, Ankara refuses, with rare exception, to cooperate in detaining and handing over Russian citizens to Russian law enforcers who are traveling to Middle Eastern and Northern African countries with the goal of joining terrorist and extremist groups active in the region,” Lavrov said in an interview with Italy’s Lime monthly magazine.

“We cannot forget this type of collaboration with terrorists,” the foreign minister added.

According to Lavrov, after the attack on the Russian Su-24 war plane, which was brought down by the Turkish Air Force over the Syrian territory in November 2015, “the moment of truth has come for all external sides, influencing the situation in Syria.”

Lavrov urged other states to define whether they are fighting against terrorism or just hiding their ties with terrorists.

Russian-Turkish relations deteriorated following the downing of a Russian Su-24 aircraft by a Turkish F-16 fighter in Syria on November 24. In response to this “stab in the back,” as it was described by Russian President Vladimir Putin, Moscow has imposed a number of restrictive measures on Turkey.

In Syria, which has been torn apart by a civil war since 2011, Moscow and Ankara have divergent positions. Turkey believes that Syrian President Bashar Assad has no role in the country’s future, while Russia supports Assad as the legitimate authority in Syria.

There is also evidence that Ankara is engaged in smuggling of oil with the Daesh terrorist group, which is prohibited in Russia and against which the Russian forces have been conducting an aerial campaign in Syria.