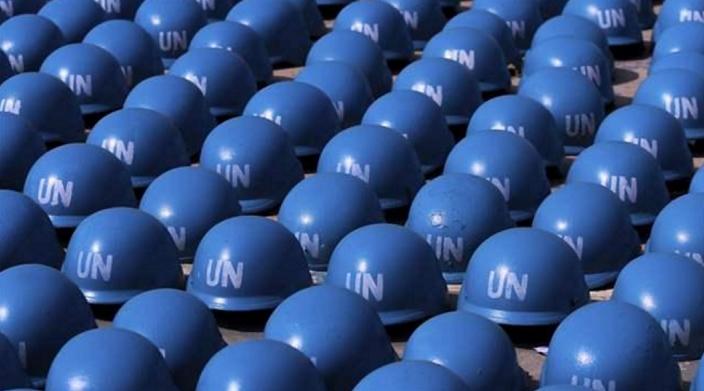 By Santiago Sunset for Veterans Today

Many highly engaged critics of today’s world situation express open scepticism whether the UN such as it is could become the backbone and the holder of some truly new, planetary civilization. Pressed with advancing civilizational regression into a state of general cold war between the political West and East, the North and South, humanity is fluctuating in the ancient dilemma of choice of appropriate “medicine”, between the speed of the force that would impose a solution, and the slowness of agreement among people.

In the case of solutions by force, is it possible to enforce world peace anyhow? In addition, it seems that today’s humanity, its average state and nation, is ready – and how! to gladly welcome some potential tyrant or national oligarchy that would offer partial “salvation” to their nation, even if that would be by enticing people to line up under the war flags, which is the oldest “solution” of every social crisis.

And indeed, even today it shows clearly how much the institution of Western democracy could be confused when it is about the possibility to face with a ruthless and determined tyrant or an oligarchy, as had noted already Jean-François Revel. On the other hand, exactly the realistic possibility of such historic situation proves that – of which we agree, I hope – peacemaking policy without power in reserve is a pure weakness, and in that sense I believe humanity will have to opt in favour of the most stringent protection of values of peace among people.

Actually, it is about classical historic situation that ruthless rule of oligarchy inevitably provokes emergence of equally determined answer on the part of some strong leader or resolute alliance of people. Therefore, I see no other opportunity for implementation of the world peace but to be both – agreed consensually by humanity and then imposed with the utmost decisiveness to all of those who does not want peace.

But, on that path there are some precognitions to be solved. Today’s UN administration in a good part consists of chosen bureaucrats from the ranks of the same political elite that blocks civilizational convoy on its way to humanistic change. Therefore, the most influential part of the General Assembly of the United Nations, such as it is, hitherto has been neither interested nor able to make radical decisions towards pacification of world zones of conflicts. So far, the initiatives towards such solutions in one hundred percent rule have been blocked by the veto of the most powerful states, that is, in favour of the interests of their political and economic elites.

As a proof to this statement, unfortunately, the anniversary  seventieth session of the UN held at the end of 2015 in spite optimistic expectations and ambitious proposals of some members proved that some significant advance towards stronger influence of the UN on the world situation is not yet possible. During 2014 and 2015 the world has been horrified by endless massacres of religious and ethnic minorities at the territories of Syria and Iraq, while in the same time there was no practical possibility within the United Nations for immediate intervention, in spite the desperate outcry from the Middle East “For God’s sake, where is the United Nations!?” The UN today does not dispose with standing, strong professional military formation that would have an open mandate to vigorously and swiftly intervene in the very beginning of any crisis, in any part of the world.

During 2015 at Iraq and part of Syria intervened the USA and some of NATO members, so far without measurable success (January 2016), been hopelessly entangled into consequences of own long-term disastrous political strategy considering not only the Middle East, unable and unwilling to extinguish the firestorm that engulfed the area of North Africa, from Iraq to Libya and Syria, ironically the same fire that ignited American and Western political and economic elite in the long-running role of the master of the world.

Finally had to intervene Russia, I would say at last moment, and I hope strongly – as a precedent in the name of future greater influence of the UN, including strong support of some future truly democratic the USA. However, today’s planetary civilization, no matter how much disunited and fractured by contradictory aspirations of the superpowers, if really wants to find the way out of the crisis due to conflict of interests of the elites of the most powerful states, actually has no other alternative but to strengthen significantly the UN mission.

Before humanity is, therefore, the task of starting the process of organizing “agreed civilization”, the process which should be presented in democratically way inside the political systems of national states.  And – let us hope – the process that will be accepted by the billions of people who would in that way finally come to a new historical position to really govern their own destiny.

Opposite in its goal and methods, today is present – and in a strong momentum – the contrary process by which the world’s political and economic elite tries to achieve the reverse situation of absolute control over human masses, in which goal encourages numerous divisions among people. This process is commonly referred to as a New World Order.

To this purpose, the elite use shabby but many times successfully tested inventory of seeding conflicts: through inter-religious intolerances, through inter-national unresolved conflicts of interest, starting collisions between traditions of vulnerable civic groups in multi-ethnic and multi-cultural states, creating a culture of global fear among people, all to launching bizarre doctrines about possible “alien” over-watch upon humanity and similar nonsense. Ultimately, the most powerful tool of control over people remains to be maintaining of the global society as a society of consumerism, the Consumer society, which generates basic interpersonal alienation and, as a direct consequence, hostility among people at all levels of human society.

More About the Author 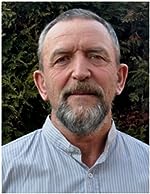 Biography
My original intention was to be borne by the seaside. But that bright cold night of November 1954, incomprehensible whim of stars made me missed for some hundred miles. Thus it happened that by irony of destiny I, a future sailor without a matricula, was born on mainland, right in the middle of history-bloodied wastelands of south-eastern Europe. Well, quite an appropriate birth place for a future utopian writer. On the other hand, it would have been all the same for my future living if I had been born anywhere else around the world, since history has left the same bloodied footprints everywhere.

I attended a technical education and interdisciplinary college afterwards. But the way was already settled: my secret, true love was poetry. Thus it happened that from my youth days I was informally educated in literature, history, Eastern and Western philosophy, and Martial Arts. Such life choice showed to be a reliable path for me to become a nonconformist writer and a poet, now for forty years already from the first poem.
At first I wrote poetry, and later books of essays and short novels, ten books so far. The pivotal year in my literary work was 2012, when I definitely turned to English language and started a serious work on “The contributions to the manifesto of the third millennium”, later to be renamed into final “Embracing the 21st century”.
I am utopian as a writer. I should explain. Namely, I believe that utopians are deadly realistic people, deeply aware that some historic goals cannot be achieved before time. However, these noble goals already belong to the future as its possible essence, in their fulfilment depending only on choice of humanity. That is why utopians do their utmost to remind the present time about open possibilities of the forthcoming future. By my cultural origin I am Mediterranean. The sea is the synonym to human liberty – the sea knows no borders among sailors, peoples and cultures. Therefore, farewell shipmates!