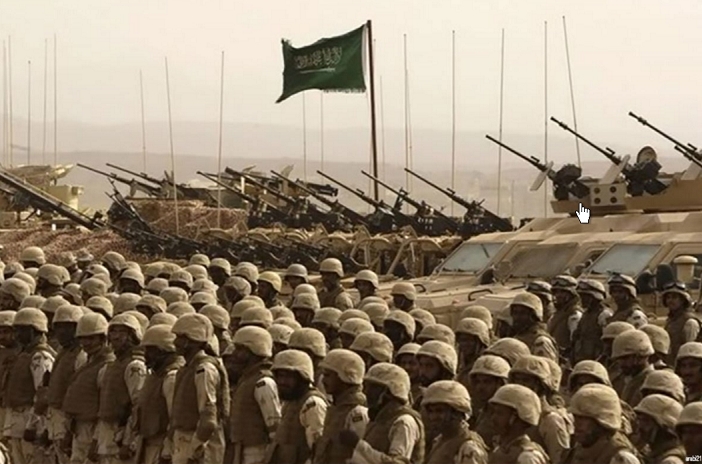 MOSCOW/TASS/. Danger exists that Saudi Arabia and Turkey will provide support to armed groupings fighting against the government troops of Syrian President Bashar Assad if these two countries launch a ground operation against the Islamic State terrorist organization on the territory of Syria, experts polled by TASS said on Friday.

On Thursday, a day after the Geneva talks on the Syrian settlement were suspended, Saudi Defense Minister, General Ahmed Asiri said that the armed forces of Saudi Arabia were ready for a ground operation in Syria as part of the US-led international coalition. This statement was welcomed by Pentagon Chief Ashton Carter. Saudi sources told The Guardian that thousands of special force fighters could be moved to Syria, possibly in coordination with Turkey.

However, the Saudi initiative is more like a propaganda cover for Turkey’s military activity on the border with Syria, Senior Researcher of the Institute of Oriental Studies at the Russian Academy of Sciences Vladimir Akhmetov said.

The expert referred to a statement by the Russian Defense Ministry’s spokesman on Thursday that the ministry had serious grounds to suspect Turkey of making intensive preparations for military invasion into the territory of the sovereign state of Syria.

“Although Riyadh states about the intention to fight against the Islamic State terrorist organization, there are big doubts about that. It is more likely that the Saudis intend to provide support to those armed formations, which are fighting against the Syrian government forces. The point is that neither Saudi Arabia nor Turkey conceal that they are seeking to remove Bashar Assad from power. This is taking place at a time when Assad’s troops have started to actively change a balance of forces on the border with Turkey with the support of Russia’s air task force. So, Riyadh’s intention is to solve other tasks under the guise of the struggle against the Islamic State,” Akhmetov told TASS.

Saudi Arabia and Turkey cannot allow Assad’s army to push militants away from the province of Latakia. This would mean a serious defeat for Riyadh and Ankara, which they cannot accept. This is because the talk is already about the liberation of Aleppo, the oldest city with a 5-million population, he noted.

Saudi Arabia can render Turkey logistical support and help with finances and weapons, the expert said. It is not ruled out that Riyadh may send several thousand troops to Syria from the National Guard directly subordinate to the Saudi king. Riyadh shows interest in Syrian oil-bearing provinces, over which Saudi Arabia would like to establish control. But a far greater danger for the Syrian government troops comes from Turkey.

As for the talks on the Syrian settlement suspended in Geneva over an ultimatum by the delegation of the Syrian opposition formed in Riyadh, its representatives have apparently decided to achieve military successes to continue talks with the delegation of official Damascus on equal terms, the expert said.

President of the Institute of Religion and Politics Alexander Ignatenko believes that Saudi Arabia and Turkey tied up even before the start of the Geneva-3 negotiating process to create a single military command for a ground operation in Syria. In actual fact, Turkish troops stand behind this single command. Riyadh set no goal of achieving a diplomatic, political and peaceful solution to the Syrian crisis. That is why, the pro-Saudi delegation of the Syrian opposition did everything possible to disrupt the negotiations, the expert said.

In the expert’s opinion, shortly before the Geneva-3 talks, the Turkish foreign minister visited Saudi Arabia. After meeting his Turkish counterpart, the Saudi foreign minister said that Saudi Arabia would render the Syrian opposition military support while Turkey had the right to defend its security by the methods it considered necessary.

“Saudi Arabia will not commit its troops to Syria because Riyadh is involved in the war in Yemen. Most likely, Turkish troops will enter Syria under the cover of the alliance for the struggle against the Islamic State. Ankara intends to carry through its geopolitical interests in Syria – to cut off a piece of the territory in the country’s north and north-west and add it to Turkey,” Ignatenko told TASS.