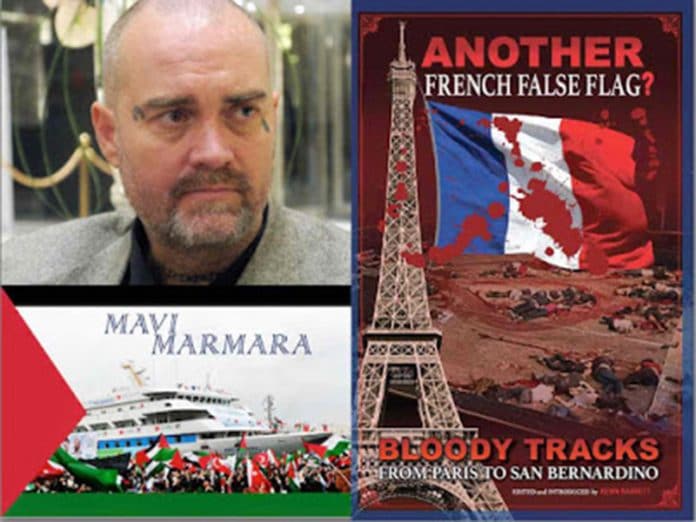 Most pro-Palestine activists shy away from such topics as holocaust revisionism, Zionist power in the US, bankster dictatorship, and 9/11 truth. Ken O’Keefe courageously tackles these and other controversial topics—with uncommon eloquence.

Ken O’Keefe, a former United States Marine, is an Irish-Palestinian citizen, activist, and Gulf War veteran who attempted to renounce United States citizenship in 2001, and led the human shield effort in Iraq in 2003. In June 2010, O’Keefe was a passenger on board the MV Mavi Marmara. During the Gaza flotilla raid, O’Keefe clashed with the Israeli military on the ship, helping disarm two Israeli commandos. His subsequent verbal clashes with BBC’s HardTalk hosts took mainstream TV to a whole new level.