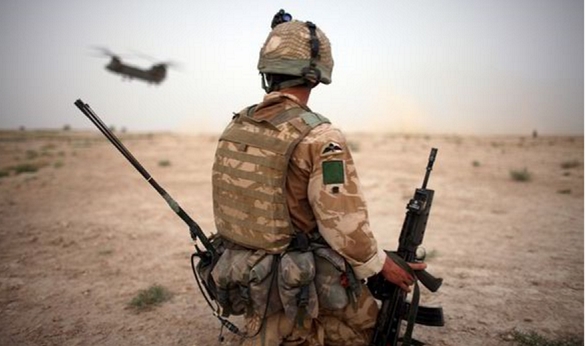 3 UK Forces Wounded in Iraq, Dozens ISIS Terrorists Reportedly Killed
Three British Special Forces were wounded in a firefight with 30 ISIS terrorists in Iraq, it has been reported.

The SAS and SBS are said to have been on a secret mission deep inside enemy territory when the terrorists opened fire on them with machine guns mounted on American-built Humvees, Daily Mail reports.

It is thought the men injured by bomb blasts during a 25 man patrol in northern Iraq were the first British casualties in the conflict, the Mirror reported.

German, American and British soldiers were said to be hunting down ISIS fighters outside the terror group’s stronghold of Mosul when the terrorists opened fire with 50 calibre guns and rockets.

The troops dove from their vehicles and returned fire with their high powered assault rifles.

A unit of German commandos is said to have destroyed one ISIS location with an armour piercing missile  killing every extremist inside. All of the fanatics were said to be killed in the 15 minute battle and an airstrike that followed.

The wounded soldiers were treated at the scene and are now recovering from ‘fragmentation’ injuries at a UK facility.

Their unit is part of a Coalition Joint Special Operations Task Force made up of Special Forces operating in northern Iraq.

Hundreds of British soldiers are officially on the ground training security forces in Iraq but the Mirror claims they are also hunting down ISIS fighters.