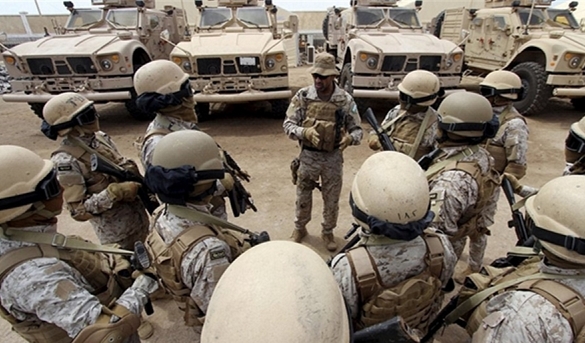 TEHRAN (FNA)- Informed sources revealed that Riyadh is holding training courses for 150,000 Saudi, Sudanese, Egyptian and Jordanian forces to prepare them for war in Syria.

The Saudi sources told the CNN channel that the 150,000-strong army is now stationed in Saudi Arabia and will soon be dispatched to Syria.

They also said that Morocco, Turkey, Bahrain, the UAE and Qatar will also deploy their forces to Syria through the Turkish borders, and Malaysia, Indonesia and Brunei will dispatch mercenaries to Saudi Arabia too.

Riyadh has been a member of the US-led coalition that has been launching airstrikes against Daesh in Syria since September 2014, without the permission of Damascus or the United Nations. In December 2015, Saudi Arabia started its own Muslim 34-nation coalition to allegedly fight Islamic extremism.

Daesh or ISIL/ISIS is a Wahhabi group mentored by Saudi Arabia and has been blacklisted as a terrorist group everywhere in the world, including the United States and Russia, but Saudi Arabia.

Both Tehran and Moscow have issued stern warnings to Riyadh, stressing that the Saudi intruders, who in fact intend to rescue the terrorists that are sustaining heavy defeats these days, will be crushed in Syria.

“They claim they will send troops (to Syria) but I don’t think they will dare do so. They have a classic army and history tells us such armies stand no chance in fighting irregular resistance forces,” Jafari told reporters in Tehran on Saturday.

“This will be like a coup de grâce for them. Apparently, they see no other way but this, and if this is the case, then their fate is sealed,” he added.

Jafari, said this is just cheap talks, but Iran welcomes the Saudi decision if they decide to walk on this path.