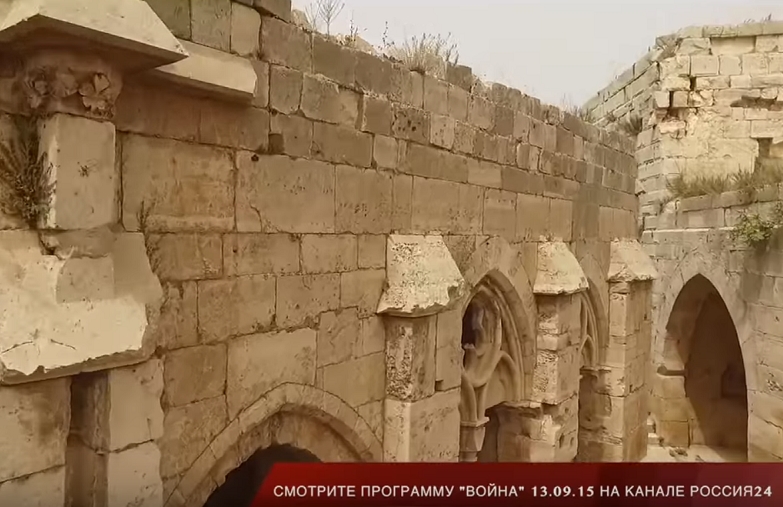 Touring the castle on Saturday, the Minister inspected the damage caused to the castle due to terrorist attacks, calling for carrying out studies for the reconstruction of the castle as soon as possible.

In turn, head of the Directorate-General of Antiquities and Museums (DGAM) Ma’moun Abdelkarim said that Krak des Chevaliers is one of the most important historical castles that reflect Syria’s history, pointing out that all damage to the castle has been documented via photographs and schematics, and that all the fallen stones and debris have been collected and numbered so that they may be returned to their proper positions during the restoration process.

Krak des Chevaliers castle is located around 60 km west of Homs city in the Syrian coast mountain ranges. It is considered one of the most significant historical monuments in Syria and one of the most important medieval castles due to its historical and architectural qualities. It was listed as a World Heritage Site by the UNESCO in 2006.