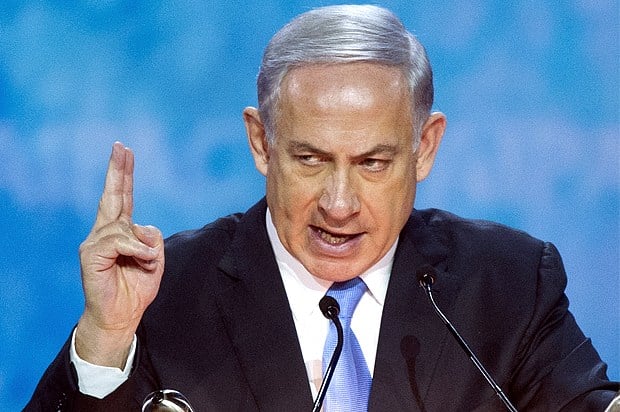 Adam Segal is the Maurice R. Greenberg Senior Fellow for China Studies and Director of the Digital and Cyberspace Policy Program at the Council on Foreign Relations. He is an Israeli shill working for the American-Israel Friendship League.

“Israel has an ambitious domestic and international agenda designed to make it one of the world’s super cyber powers.

“The prime minister has made cybersecurity one of his trademark issues and is a big promoter of the idea that better network defenses are essential for national security and that the information security industry is a driver of economic growth (Israel now has more than 300 cybersecurity companies, exports of $6 billion, and 20 percent of the world’s private investment in cyber)….

“The prime minister used a medical metaphor to explain the government’s responsibilities in defending the country against cyberattacks. The government’s role is to immunize organizations and individuals by developing best practices and standards that everyone should be expected to implement.”

Through cyber superpowers, the government will be able to do incredible stuff, such as treating “certain types of infections, and in some instances of massive, widespread attacks that could be likened to epidemics…”[1]

Now, here is the kicker:

“Given Israel’s long-held skepticism towards the United Nations, Netanyahu disparaged the idea of a universal code of cyber norms. Instead, he advocated a meeting of like-minded countries to define norms and sanctions against those who violate those standards. The government will use the annual June meeting at Tel Aviv University to push this agenda.”[2]

You see, a “universal code of cyber norms” would obviously force the Israeli regime to abide by a universal law that would be applied to every country that seeks to implement this policy. Instead, Netanyahu advocated “a meeting of like-minded countries.”

Obviously terrorist states such as Saudi Arabia would be on this list of “like-minded countries.” Iran would definitely be out of the question. But the central point is that this rabble-rouser and madman continues to scream his lungs out virtually every week and say weird things like Iran intends to “destroy the Jews,”[3] but the same madman is building an empire of cyber superpower. That is not all. The Times of Israel reported:

“Israel is aiming to build an international coalition to force the world’s leading social media giants to prevent their platforms from being abused to peddle incitement to terrorism.

Keep in mind that terrorism for the Israeli regime is whatever they do not like. If they think a person maintains so-called anti-Semitic views, then that person would be a terrorist.

In that sense, Norman Finkelstein, John J. Mearsheimer, Noam Chomsky, Gilad Atzmon, and Miko Peled, among others, are potential terrorists. Keep also in mind that this was how the Israeli regime ended up killing 23-year-old peace activist Rachel Corrie.

Back in 2012, I addressed this very issue with Caroline Glick of the Jerusalem Post in a slightly different way. I also had a long interaction with David Turner of the same newspaper on similar issues.

Glick has a habit of making sweeping assertions with little or no evidence. She axiomatically asserted that people like Mearsheimer and Walt are not only producing anti-Semitic views but are updating The Protocols of the Elders of Zion in their book The Israel Lobby and U.S. Foreign Policy.[5]

I asked Glick, “If someone criticizes the American government or American policy, do you think this person is anti-American by definition?” “No,” she quickly responded. “Then how can you seriously say that Mearsheimer and Walt are anti-Semites for criticizing Israel in a thoroughly documented work?”

Glick completely stopped responding because she seemed to have hit a brick wall and fallen flat on her face. The fact that she did not respond to the substance of The Israel Lobby in a responsible way was also a tacit concession that logic and reason were not part of her ideological discourse.

Another important point here is that Netanyahu is obviously seeking to fulfill a diabolical goal, and this goal has been made clear in the writings of numerous revolutionaries over the centuries. In a speech delivered at the B’nai B’rith in 1902, Solomon Ehrmann, a Viennese Jew, envisioned a future in which “all of mankind will have been verified and joined in union with the B’nai B’rith.”

When that happens, “not only the B’nai B’rith but all of Judaism will have fulfilled its task.”[6] According to historian Albert S. Lindemann of the University of California, for Ehrmann, “Jewification equaled enlightenment.”[7]

For that “enlightenment” to take place, much of the world must be under the yoke of an ideological system where practical reason plays little or no role. If you think this is just sheer speculation, then listen to Baruch Levy, one of Karl Marx’s correspondents:

“The Jewish people taken collectively shall be its own Messias…In this new organization of humanity, the sons of Israel now scattered over the whole surface of the globe…shall everywhere become the ruling element without opposition…

“The government of the nations forming the Universal or World-Republic shall all thus pass, without any effort, into Jewish hands thanks to the victory of the proletariat…

“Thus, shall the promise of the Talmud be fulfilled, that, when the Messianic epoch shall have arrived, the Jews will control the wealth of all the nations of the earth.”[8]

Similar sentiments have been found in the writings of numerous like-minded people over the centuries. In a letter to Moses Hess, Heinrich Graetz, the father of modern Jewish historiography, wrote that people like himself need to find pleasure in “scourging Germans.” In the same letter, Graetz declared, “I am looking forward with pleasure to flogging the Germans and their leaders—Schleiermacher, Fichte, and the whole wretched Romantic school.”[9]

Why? Well, because “the promise of the Talmud” cannot be fulfilled if those leaders continue to appeal to the Western intellectual and moral tradition, which was largely based on Logos. Both Graetz and Hess demonstrated throughout their writings a sense of Jewish racial superiority, and both were cognizant that this Jewish racial superiority was in conflict with German culture and tradition, which again was based on docility to the truth.

Graetz believed that European civilization suffered from a “morally and physically sick” identity, a statement that angered German intellectuals around the time.[10] Lindemann notes that “there is little question that the sense of Jewish superiority [is] expressed” in Graetz’s works, works that were being read by German-Jewish intellectuals and people of various persuasions.[11]

After World War II, Germany became subservient to the Dreadful Few. In fact, one Israeli diplomat by the name of Adi Farjon indirectly admitted this.

“A spokeswoman for the Israeli embassy in Berlin recently told Israeli journalists it was in the country’s interest to maintain German guilt about the Holocaust, and that it isn’t seeking full normalization of relations between the governments.”[12]

Were Graetz and Hess alive today, they probably would have been elated to see what is happening to Germany at this present moment? They probably would have applauded Daniel Pipes and the Neo-Bolsheviks in America for perpetuating the wars in Iraq, Afghanistan, Libya, and Syria, which obviously are responsible for the so-called refugee crisis in Europe.

Graetz and Hess probably would have applauded people like Alex Jones, Paul Joseph Watson, and even Stefan Molyneux—dumb Goyim who do not want to address the real issue.

Molyneux in particular does have the intellectual sophistication to understand that the so-called refugees did not cause the wars in Syria and elsewhere. He should understand that Israel wanted to create conflict in Syria from time immemorial.[13] He should also know that the country that has started the war in Syria has refused to accept the so-called refugees.[14] Israel even returned a Syrian girl who “sought asylum.”[15]