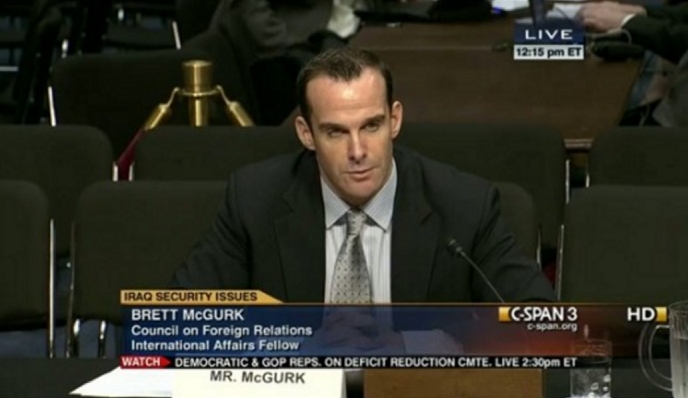 President Recep Tayyip Erdogan is losing his wits over the Kurdish issue. The Turkish leader fiercely criticized the US government after Washington sent an envoy to the city of Kobani controlled by Syrian Kurds.

The US government sent the envoy led by Brett McGurk to Kobani in Northern Syria to speak with representatives of the military wing of the Kurdish Democratic Union Party (PYD).

Erdogan was fuming about US President Barack Obama’s decision to send the envoy to Kobani and meet with the PYD, whom Ankara considers terrorists.

“How can we trust you? Is it me that is your partner or is it the terrorists in Kobani?” Erdogan said, as cited by AP.

The PYD is believed to have ties with the members of the Kurdistan Workers’ Party (PKK), with whom the Turkish government is currently fighting in southeastern Turkey.

Last year, Washington partnered with PYG fighters when US-led airstrikes helped the Kurds to drive out Deash (Islamic State) militants out of Kobani. 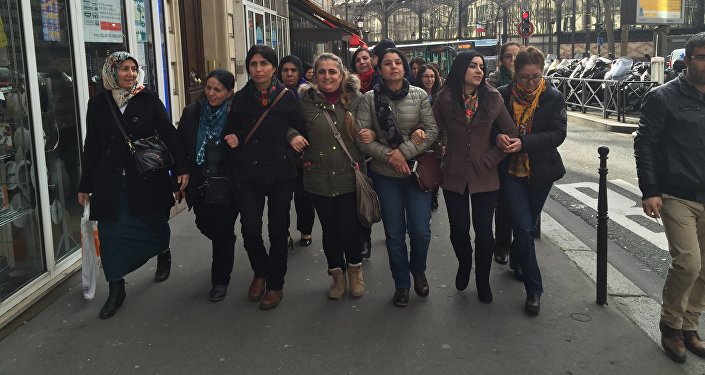 Meet the Head of Syrian Kurds’ Women Fighters, Who Kill and Humiliate Daesh

According to the Turkish government, the fact that the Syrian Kurds are fighting against Daesh on the ground doesn’t disqualify them from being terrorists. During his meeting with US Vice President Joe Biden, Erdogan said that he doesn’t see the difference between the PKK, PYD and Daesh.Meanwhile, Turkish forces are battling PKK fighters in southeastern Turkey. Intense clashes involving machine guns and artillery are taking place in the city of Diyarbakir.

Tensions in Turkey escalated in July 2015, after 33 Kurdish activists were killed in a suicide blast in the city of Suruc and two Turkish policemen were later murdered by the PKK, which led to Ankara’s military campaign against the group.

The Kurds, Turkey’s largest ethnic minority, are striving to create their own independent state. The PKK was founded in late 1970s to promote self-determination for the Kurdish community.

In December, the Turkish authorities declared a curfew in a number of southeastern regions where fighting between Ankara forces and PKK fighters continue.

ADNAN OKTAR: As far as I can see, they will make PKK Syria’s new administration. PKK will unite Syria as a single country under its flag; it seems like this is their goal. But PKK will cause a lot of trouble for Russia if this comes to pass. Because Putin does not really have lots of support. But PKK has thousands of hit men. Those who support Putin for their interests might easily give up on him, if they think there is no longer any use working with him, or [if they believe] there is a better alternative.

So he shouldn’t trust those thugs; they are extremely dangerous. They might shoot him or try other methods, those cowards [PKK, YPG, PYD] cannot be trusted. Because, if they sense that their interests will be harmed or don’t get what they want, they might try to harm Putin. It will be better for Putin to nip it in the bud. Yes, territorial integrity of Syria is important, it’s all good, but a Stalinist administration would be extremely dangerous. We see that Stalinists are already everywhere. The regime is already a Stalinist regime.

Putin keeps away from communism. If a giant communist state is founded here, it will attack Iraq or other countries as well and become a great threat. He won’t be able to deal with it then; it’s like a plague. “Communism is a plague” says Bediüzzaman, “and they’ve spread this plague. This plague that swallowed whole China and its south in little time, has become powerful enough to swallow the whole world very quickly. We can counter this force only with the truths of Quran.”

The truths of faith. “It can’t be dealt with otherwise” he says. Putin is not a Marxist or Stalinist but [by acting like this] he is breeding the Stalinists. In other words, he is creating a giant ruthless force that will turn against Russia. He is doing it with his own hands. It will be impossible to deal with this force in the future. He is getting older and in the future he might lose his power and they might easily oust him. Putin doesn’t have many people that really support him. There are some young man, some motorcyclists and some others around him but when they have nothing left to gain or when they find a better alternative for their interests, they will turn the other way. Because they are not loyal to Putin because of faith, it is based on self-interest. I don’t mean all of them, but most are this way.