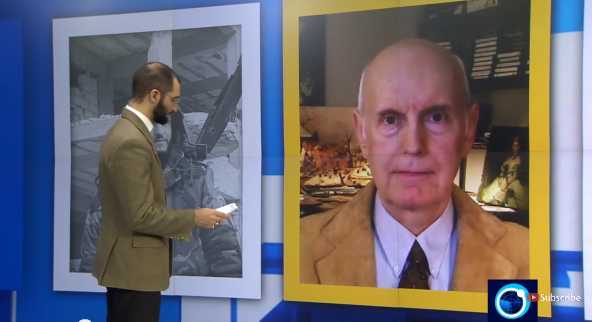 [ Note: More towns have been taken around Aleppo since this Top Five news show was taped. Aleppo is being cut off from Turkey’s ability to get combat supplies into Syria, which will hopefully trigger a lot of the jihadis pulling out to blend in with the refugees to get back into Turkey.

The Syrian coalition wants to avoid extended street fighting to retake the city, as the heavy casualties would be bad for morale after a well-managed campaign, up to this point. The strategy has given the Kurds a free hand to handle the Turkish border areas in their familiar territory, while the Syrian Army, Shiite militias, Iranians and Hezbollah allies concentrated on Aleppo.

If the Jihadis break and run before they are completely encircled, the Syrians could split their forces, with some moving SW to push the jihadis out of Ibid, and then some engaging in an eastward movement to push ISIL further east into a smaller area that would be a “turkey shoot” for the air campaign and artillery used against them… JD ]

The Russian ambassador to the United Nations has dismissed allegations that Moscow has sabotaged Syrian peace talks in Geneva.

Vitaly Churkin was reacting to Western accusations that blame Russia for the breakdown in the talks due to its military support of the Syrian government’s offensive against terrorists in northwestern Aleppo Province. The Russian envoy said Moscow has made some constructive ideas about how a ceasefire could be implemented.

He defended the Russian airstrikes saying the operations in Aleppo have broken the sieges on certain Syrian communities in recent days. Churkin made the remarks before the 15-member body was briefed by United Nations special envoy for Syria,

Staffan de Mistura on the suspension of Geneva peace talks in a closed-door meeting. Diplomats cited De Mistura as saying that the Saudi backed-opposition has demanded a halt to air bombardment and the release of militants held by the Syrian government.