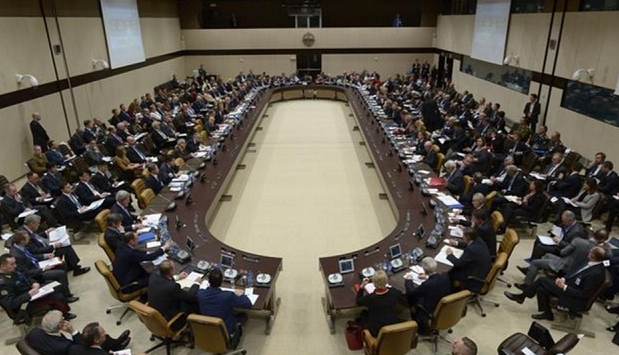 The North Atlantic Treaty Organization (NATO) and Saudi Arabia are reportedly set to discuss Riyadh’s proposal for troop deployment to Syria under the pretext of fighting Takfiri Daesh terrorists.

The meetings will be attended by member states of the US-led coalition purportedly striking Daesh positions.

The participants are also slated to exchange views on the performance of the 34-strong coalition formed by the Saudi regime last December with the declared aim of fighting “global terrorism,” according to Saudi Arabia’s news 24 website.

Last week, military officials in Saudi Arabia announced that kingdom is ready to send ground troops to Syria if the US-led coalition, which claims to be targeting terrorists in Syria, decides to start such operations.

Although swiftly welcomed by allies like the United States, the proposal was met with huge criticism from Syria and Damascus’ allies.

Syrian Foreign Minister Walid al-Muallem condemned the initiative, saying “coffins” await any aggressor in the country “whether they be Saudis or Turks.”

Russia has also warned Saudi Arabia that any military ground operation in Syria without the Damascus government’s consent amounts to a declaration of war. Moscow also says NATO is to blame for the collapse of peace talks and growing tensions in the Arab state.

Saudi Arabia, along with members of the Washington-led alliance, has been the staunch supporters of the Takfiri militants operating to overthrow the Damascus government since early 2011.

A recent report published by the Soufan Group, a New York-based think tank which provides strategic and security intelligence services, said around 2,500 terrorists currently involved in the deadly militancy in Syria and Iraq are Saudi Arabian nationals.