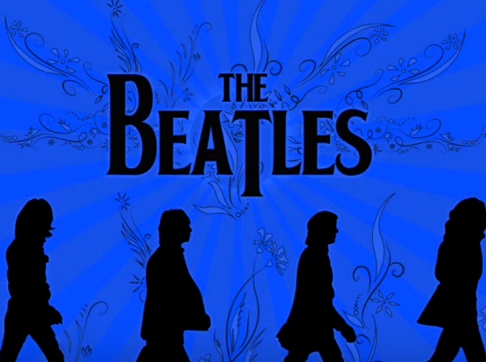 How does it feel to give up your nationality, to renounce the country you were born in, potentially forfeiting the chance to ever return?

“It’s not going to be easy at all. It’s the last thing I ever thought of doing,” Jane tells me when I meet her in a Paris cafe.

Her voice cracks and her eyes well up. She is in the process of relinquishing her American nationality. Soon she’ll visit the US embassy formally to renounce her citizenship, she says, under duress.

“I’m very proud of being an American. It’s what I am when I look in the mirror.

“If it weren’t for Fatca [the Foreign Account Tax Compliance Act] and the decision by the bank, I’d never be doing this. Never ever. It’s just breaking me in half.”

She’s not alone. According to the US Treasury, a record 4,279 individuals renounced their US citizenship or long-term residency in 2015 – an increase of 20% on the previous year, which was itself a record-breaking year.

Reasons for giving up your US citizenship aren’t officially listed, but one of the main reasons cited is Fatca – a 2012 law designed to target overseas accounts held by wealthy Americans.

The United States is one of only two countries in the world that has citizenship-based taxation (the other is Eritrea).

As a US citizen you must file a tax return, no matter where you live, and often pay US taxes on top of the tax you already pay in your country of residence – so-called double taxation.

This has been the case in the US since the Civil War in the 19th Century and until recently really only affected the rich. Americans abroad are given a yearly allowance of $106,000 (£73,000) before double taxation kicks in.

But Fatca expands the scope of what can be taxed, and places a burden on foreign banks to identify US citizens among their customers to US tax authorities. The penalty for failing to do so can be as high as 30% of all a bank’s dealings with the USA.

As a result, ordinary Americans abroad are being denied access to basic banking facilities; banks would rather refuse US citizens’ custom than run the risk of hefty penalties.

“I went to one and as soon as I typed in I was born in the United States, there was a big set of red letters that said ‘No to US persons’,” says Jane.

For people like her the only option is to renounce their citizenship, and this is causing such a backlog of paperwork that in November, the fee for renunciation was put up to $2,350 – an increase of about 400%.

It’s a heavy price to pay for financial stability, but for many there’s an even bigger, more emotional price to pay – becoming an ex-American.

“They first of all make laws that make life impossible and then when you decide it’s impossible and you’ve got to do something that’s against what you believe in your heart, they’ve gotta just up the fees like a bunch of extortionists,” says Jane.

Jane has lived and worked in France for 30 years drawing what she calls a “humble” salary. She has filed a tax return every year even though she earns significantly less than $106,000 a year.

But under Fatca her pension and savings can also be taxed, and that’s money she can’t afford to lose.

The process to renounce is humiliating, she says.

It must be done in person, in front of other Americans at the US embassy. Her real name will then be published in the Federal Register (Jane agreed to talk to the BBC anonymously) – a move she feels is made to shame those who renounce.

And it’s expensive too.

Many foreign banks are taking no chances either. They are closing down accounts of anyone who might be an “accidental American”. This could be anyone with an American parent but born outside the US, or people of other nationalities born in the US – like Fabien.

“I live in France, I work in France, my life is in France. I have no link to the United States. My life as a Frenchman is in France,” Fabien tells me through an interpreter. “I don’t even speak English!”

His French father brought him to Europe when he was 18 months’ old – but because he was born in California he is a US citizen and thus subject to Fatca.

His bank demanded he either provide proof he had renounced his US citizenship, or his social security number. He had neither. Renouncing his “accidental” US citizenship is no mean feat, either.

“We have to enter into the American system at the risk of substantial penalties. I have to submit the last five years’ tax returns, but then also the next two years in order to renounce,” he says.

“We’re in a situation where it’s unknown what will happen when we start. I have to have money to be able to pay the expenses to enter into the system, and then I have to pay to renounce.”

Fatca (its original acronym was rumoured to be “Fatcat”) was made into law at the height of US public concern that the wealthy were avoiding paying tax owed to the federal government by hiding their money in offshore bank accounts.

“The overall purpose of the law is to detect, deter and discourage offshore tax abuses through increased transparency, enhanced reporting and strong sanctions,” said a spokeswoman for Congressman Charles Rangel – one of those who introduced Fatca.

“The US Treasury worked tirelessly to address many of these problems, and most have been resolved. If there are still problems with the law, then I believe Congress should hold hearings to see how it can be improved.”

Yet Fatca’s blunt implementation has led to criticism from Americans abroad who feel abandoned by their government and that this is all little more than taxation without representation.

There is no one congressional representative for the nearly nine million Americans who live abroad. Expatriates are registered in their last state of residence.

As a group they are fragmented and, say some, lack a voice in government. This compounds the difficult decision to renounce.

For her part, Jane is defiant.

“They can take my passport, but I’ll still have a picnic on 4 July, I’ll still celebrate Thanksgiving. The only way they’ll stop me being American is if they kill me.”