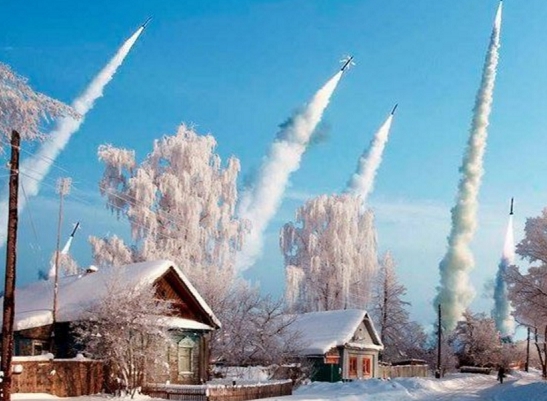 The possibility of a full-fledged war between Russia and Turkey has been a talk of the day for conspiracy theorists, analysts, couch warriors and experts on international politics for several weeks already. Turkish President Erdogan threatened that Turkey will not tolerate Russia’s possible attack on its air force.

It is an open secret that guns start shooting only when politicians and diplomats are powerless to stop them from doing it. Yet, let’s assume that a real war sparks between Russia and Turkey (NATO) – what kind of war would it be? What results would it bring?

A leading expert of the Center for Military and Political Studies, Mikhail Alexandrov, is convinced that in case of a real war, Russia will have to use nuclear weapons immediately, because the existence of the nation will be at stake.

“It would be a mistake for Russia not to use nuclear weapons in this case. The West and Turkey will try to drag us into a war such as the Crimean war, where escalation will be slow, combat actions in the Caucasus will erupt, and the Russian group in Syria will be destroyed. The West will be helping Turkey – there will be military units and state-of-the-art aviation deployed there. It will be a war of the wearing-out strategy,” he said.

“From my point of view, should the war with Turkey start, it must be a determined, ambitious and quick war. Russia will have to strike a nuclear blow on main infrastructure and military targets in Turkey immediately – not on cities, of course, where people live, but on headquarters, major centers of communications, ammunition depots, airfields, ports. During the first few hours of this war, Russia must destroy the entire military infrastructure of Turkey,” Mikhail Alexandrov said. “One does not even have to use ballistic missiles in this strike – Iskander-M with nuclear warheads would be enough. As soon as the military infrastructure is destroyed, the Russian troops will go and take the area of ​​the straits,” he added.

“The West will not even have time to do anything. European countries will be so horrified that they will not even dare to intervene. The Americans will face a choice – either they begin a strategic nuclear war against Russia or not. As a result, Russia will take the area of ​​the straits, and the rest will be left to Turkey,” said the expert, explaining that “this is not a cunning plan of the aggressor, but the requested scenario of “what to do if the war breaks out.”

“Hopefully, the real conflict will not happen. Using nuclear weapons is an extreme option. As for a  regional war, there are non-military tools in the region. There are many anti-Turkish players in the region. In the case of a military conflict, the Kurds will rip the region to pieces, so for Turkey, a war is a game not even with the zero, but with a negative sum,” he said.

“Turkey is a strong power in military terms, but the county is not strong enough to challenge Russia. Our fleet is capable of striking long-range blows, not even from the Black Sea area. The winner in a modern-day war is the one who uses various forces and a more developed system of combat control. Russia has an advantage at this point – we have the satellite positioning system and the combat direction system that give clear picture in the theater of military operations in real time,” the expert said.

“Of course, aviation will be used. Russia’s airbase in Syria will shorten the flight time to Turkish objects considerably. As a result, Turkey will see threats from different sides,” Sergei Ermakov concluded.

“As for NATO, Turkey is a member of NATO, and the country definitely falls under the fifth article. Yet, given Russia’s military power and Europe’s reluctance to get involved in the conflict (NATO makes decisions by consensus) – all members of the alliance will have to unequivocally agree that NATO would need to stand up against the aggressor. In this case, however, it should be direct aggression бф direct strike that Russia would deliver against Turkey. This is not what Russia is up to,” he concluded.

“If Turkey provokes the conflict, NATO may not resort to the fifth article. Aggression is one thing, but a country asking for a conflict and pulling NATO into it is another thing. In such cases, NATO tries not to get involved,” Sergei Ermakov said.

“No one wants to get involved in a direct military conflict with Russia. This conflict is fraught with a nuclear war and a global tragedy,” he added.