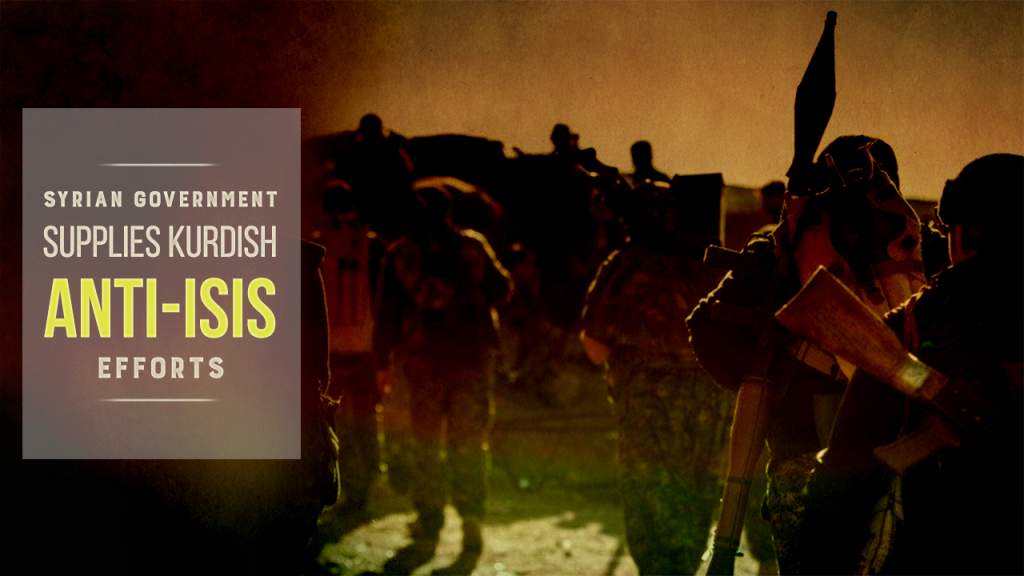 [ Editor’s Note: After many stories about the Syrian Army being short on manpower, we now see battlefield tactics changing from “pushing the jihadis back” to encircling them. This is not used when you are short of manpower of logistics, as envelopment can live or die on how quickly support can be moved to threatened areas.

Once a pocket is surrounded and the bombers and artillery move in, it is not a pretty sight, and then becomes a major encouragement for the jihadis to take off before becoming surrounded. The current envelopment taking place below could be a classic demonstration of what awaits the insurgents in Aleppo if they do not retreat while they have the option.

You will also note that the SAA continues to attack on many fronts. If the Syrian peace talks reconvene on February 25th, the Saudi coalition will gaze over a predominantly different battlefield situation and understand how ridiculous their silly demands were in coming to a negotiation where rule number one had been “no preconditions”.

The mystery of the alleged Russian base on the Turkish border is solved. It is a Syrian base to supply the Kurdish offensive on ISIS, and located even within mortar range from Turkey, virtually daring Turkey to attack it… Jim W. Dean ]

Following the recent gains in North Aleppo, the Syrian government has got a chance to use again its forward position at the Kuweires Airbase as a foot-hold to conduct offensive operations against ISIS. West of Kuweires Airbase the Syrian Arab Army (SAA) and its allies are conducting a military operation aimed at encircling an ISIS pocket that threatens the key logistical hub of Al-Safira and the supply route to the city of Aleppo.

Another offensive direction is the ISIS-controlled town of Al-Bab. After desruction of the Rayyan pocket, the loyalists’ forces will have an optimal position to liberated this major urban center.

The Kurdish YPG is advancing on the Mennagh Military Airport located near the town of ‘Azaz. On Feb.8, the YPG captured the Kafr Antoun and Muraniz villages and the Al-Ajjar Camp near the airport after clashes with the militants of Harakat Ahrar Al-Sham and the Free Syrian Army (FSA). Clashes are also ongoing at the towns of Meranaz and Der Jamal where the YPG is advancing on the positions of al Nusra and Ahrar al-Sham.

ISIS claimed responsibility for a car bomb attack that hit the main gate of the security center for the predominantly Kurdish Syrian Democratic Forces (SDF) in al-Hawl town in the province of Hasakah on Feb.8. The terror attack killed 9 SDF fighters and injured 4.

According to reports, four military airplanes of the Syrian Army carrying weapons and munitions for Kurdish fighters arrived in Qamishli Airport in Hasaka province on Feb.7. The weapons have been delivered in order to support a Kurdish advance aimed to liberated the town of al-Shadadi from ISIS.

In the Homs province, the SAA and the NDF captured the strategic hilltop of Taloul Al-Sid located in the Al-Hazzm Mountains. It overlooks the city of Quraytayn. This development is a part of the SAA’s offensive against ISIS in the area of Maheen and Quraytayn. If this area is liberated, the SAA will get a chance to take control of the Tanf border-crossing into the Iraqi province of Al-‘Anbar.

Military operations are continuing in the Daraa province. According to reports, on Feb.8 the SAA killed at least 20 terrorists, injured 28 and destroyed 7 vehicles. The main clashes were observed in al-Karak and al-Abasyia neighborhood and n the area surrounding Khrbit Ghazala town. Mohamed Ali Abu Nuqta, militant commander of Katibat Hamza Assad Allah was killed In Tafas.

In Latakia, the Syrian forces liberated 4 villages: Al-Hawr, Al-Ruweisat, Al-Sweida, and Wad Al-‘Zaraq. By these actions, the pro-government forces are aiming to liberate the strategic town of Kinsibba located near the Turkish border.