A Texas legal disciplinary board upheld a decision to disbar a prosecutor who oversaw a case that sent an innocent man to death row.

The board on Monday affirmed an earlier decision that found Charles Sebesta extracted false confessions and withheld testimony to convict Anthony Graves, who spent 18 years in prison before he was exonerated.

The Texas supreme court-appointed board of disciplinary appeals said Sebesta’s behavior in the case was “egregious”.

Graves was imprisoned from August 1992 until October 2010 for being an accomplice in starting a fire that killed a grandmother and five children outside of Houston in 1992. Graves spent 12 of those years on death row, nearing execution twice.

“The bar stepped in to say that’s not the way our criminal justice system should work,” Graves told the Dallas Morning News. “This is a good day for justice.”

There was no physical evidence linking Graves to the murders. The prosecutor’s case instead relied on a string of prosecutorial misdeeds. Sebesta presented false testimony in the case and withheld information from the defense.

Sebesta had convicted another man, Robert Carter, for setting the fire. Sebesta pushed Carter to say Graves was an accomplice, though Carter told Sebesta he acted alone a day before he testified. 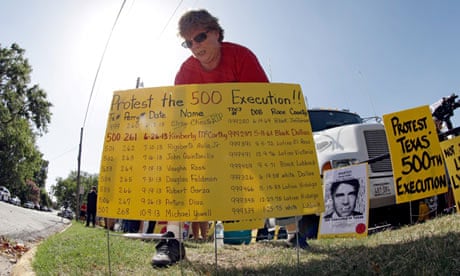 “Sebesta never disclosed this information to the defense,” the disciplinary board said. Sebesta also lied about one of the defense attorney’s alibi witnesses. Sebesta said the witness was a murder suspect and could be indicted, which was not true, but the witness refused to testify.

Graves’s conviction was reversed in 2006 and sent to a new trial. The US fifth circuit court of appeals overturned the conviction in 2010, saying that there was no credible evidence that Graves was involved in the murder. It also found that the Sebesta had engaged in prosecutorial wrongdoing

In 2011, Texas’s governor, Rick Perry, signed a law to give Graves $1.4m for the wrongful imprisonment. Graves filed a complaint against Sebesta in January 2014, two decades after Graves had been sentenced to death.

Sebesta told Reuters that he was being targeted by state bar attorneys and that Graves was rightfully convicted. “My opinion is that we presented the evidence we had and felt like it was sufficient,” Sebesta said.

The Texas state bar revoked Sebesta’s attorney’s license in June because he had engaged in prosecutorial misconduct in the case. Sebesta appealed against the ruling but the Monday decision finalizes his disbarment.

At least 4.1% of people sentenced to death in the US since the 1970s are innocent, according to a study published in April 2014.