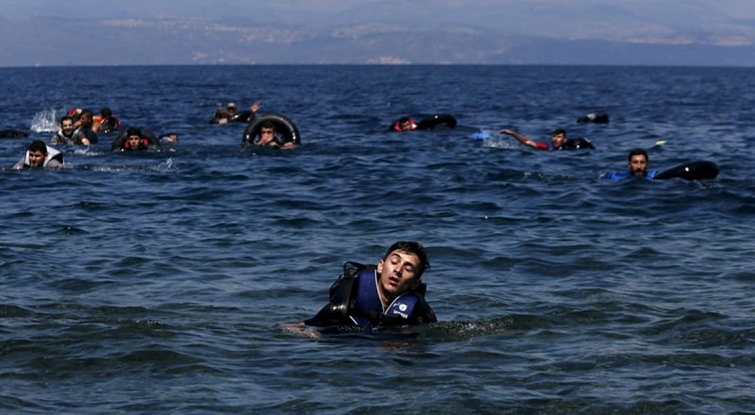 Since January 1, 2016, increasingly more stories about attacks and sexual harassment of European women in Germany on the part of migrants have been covered by the mass media. On February 2, a group of migrants assaulted two elderly men who tried to protect a woman attacked by migrants. German law enforcement agencies, however, are not taking any effective measures to curb such crimes.

Since Germans as well as the citizens of some other European countries cannot count on the state forces of law and order to resolve the situation of the indecent behavior of refugees in the EU, people have been organizing neighborhood watch groups to patrol public places in a number of European cities.

How could such a situation even become possible and what are the prospects of coexistence of representatives of the two different cultures in Europe?

In Islam, it is traditionally thought that women, aged men, children and the sick are under the protection of Allah. The call to treat women with respect is set forth in the ayah (verse) 19 of the sura (chapter) “Women.” In his Hadith No. 1772 (5185, 5186) al-Bukhari quotes the Prophet, who said: “Whoever believes in Allah and the Last Day, should not hurt his neighbor! And (always) treat women well.”

A homily on treating the elderly with reverence can also be found in Hadiths: “He is not one of us who does not show mercy to our little ones and respect to our elders.” (Sunan at-Tirmidhi, No. 1925, 1926). And Muhammad himself showed that each of Allah’s creations should be respected, even if he/she does not deserve such respect, for such an attitude will teach him/her to behave in a proper way.

The Prophet made a promise to personally protect people of other faiths hurt by Muslims: “If anyone wrongs a person protected by a covenant, violates his rights, burdens him with more work than he is able to do, or takes something from him without his consent, then I will plead for him on the Day of Resurrection.” (Sunan Abu Dawud 3052, Grade: Sahih).

Thus respect, dignity, honor are not empty words for Muslims. But why is it that some of them, having come to another country, forget about Allah’s instructions?

When describing today’s wave of migrants that have flooded Europe, politicians make note of only the social cause of the phenomenon: war, starvation, and political persecution. This reflects the approach adopted by the prosperous Europe proclaiming equality and freedom for everybody, as long as they do not violate the freedom of the others.

Nobody would argue the conclusion that starvation and the war are the key driving forces of the process. But normally, those in need remain grateful to those, who gave them shelter, food and treated them with kindness, it has always been the case, that those in need would adopt the rules of conduct of the hosting party, would assimilate into the society (that’s what it was like in the middle of the 20th century, when former colonies gained independence and when tides of the natives of North Africa and Asia flooded Europe).

Today’s refugees, however, disregard the rules of conduct accepted in European society and instill their own instead. Islamic Sharia Law pertaining to personal status has already been incorporated into Great Britain’s legal system. Islamic banks are opening in some European countries. This is only the tip of the iceberg.

The cause of the future problem of Europe lies in its foundations. Human rights laws protect the rights of any person, regardless of the gender, race, nationality, denomination. Legislations of all countries recognize and implement these basic principles and guarantee their enforcement. But, when Muslim refugees violate them, states fall short of protecting the honor and dignity of their citizens. The law enforcement agencies, whose duty is to maintain public order, fail their mission.

Why did the wave of violence sweep through Germany?  In 1923, in his interview to George Sylvester Viereck, Adolf Hitler said that National Socialists are not internationalists, that their Socialism is national, and that for them race and state comprise a single whole. The tragic outcomes of this statement manifested themselves in the massacre of peoples and the Holocaust. Germany is still bearing the cost of fascism, and in today’s German society any manifestations of nationalism are considered unacceptable.

But today a group of youths attacks a woman and society condemns not the attack itself, but the nationality and religious affiliation of the criminals. Thus, the wrongdoings of certain people, who must be punished according to the law, spark a global movement condemned by all the civilized societies.

Having missed the opportunity to bring a migration process under control, Europe is gradually losing its values. While politicians are engaging in futile debates over the desirable separation of the influx of migrants, moaning over the money necessary to support the worthy existence of refugees and setting boundaries, the illegal smuggling of people, primarily, children is thriving in Europe.

The population of once tolerant Europe is taking the path of nationalism.

How can it be stopped without the abolishment of some of the democratic achievements and the reduction of the degree of attractiveness of the country to migrants. It does not seem that Europe understands that its actions are regarded as the demonstration of its feebleness. From the perspective of Islam, however, it does not matter how its adherents ended up in another country.

Once it has happened, the new task is to create an Islamic society in the new place. After all, the Prophet Muhammad and righteous caliphs devoted their lives precisely to that. And there are plenty of ways to convert others to Islam: from homily to war.

And the choice of the method depends solely on the religious upbringing of a particular Muslim, and on how he/she perceives non-Muslims: as kafirs (unbeliever), dhimmi ( ahl al-ḏimmah — non-Muslim population of conquered territories paying jizya (tax)) or People of the Book ( Ahl al-Kitāb — the Christians and the Jews honoring Holy Scriptures). The Qur’an prescribes that these categories of people be treated differently.

Radical Islamist groups, however, believe that there is no division and that all non-Muslims should be regarded as kafirs and that their persecution by faithful Muslims is the righteous thing to do: “And fight with them until there is no more persecution (fitnah) and religion should be only for Allah” (8:40 (39), “So obey not the rejecters of faith, but strive (jahidhum) against them by it (the Qur’an) with a great endeavor.” (25:54(52)).

This is precisely why the refugee policy has turned into a real modern Trojan horse able to destroy the very foundations of Europe. In these circumstances, the countries either have to relinquish some of their universal values by disregarding some of the recognized human rights and freedoms, or the clashes between the two cultures will progress to tragic atrocities.

At this point, it is not too late for the politicians to choose between the lesser of two evils.