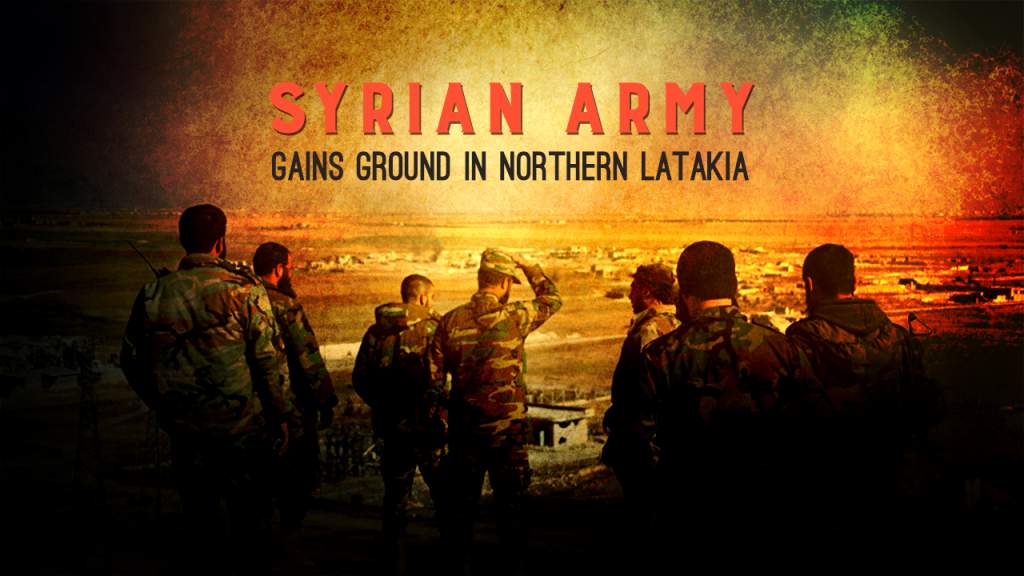 The Syrian Arab Army (SAA) and local militias liberated the town of Bashoura in the Northern part of Latakia province on Feb.8. The SAA also purged terrorists from the town of al-Hour town and deployed the force in the suburbs of al-Raqaqieh. The militant groups reportedly pulled their units back from the positions near the villages of Dahret al-Baiday al-Mahrouq and Ard al-Kataf.

A major convoy of Jeish al-Fatah terrorist group, loaded with weapons and ammunition was destroyed by the Russian Aerospace Defense Forces on the road linking the Eastern part of Idlib and the Western part of Aleppo. A number of militants, guarding the convoy, also were killed or wounded in the air raid.

On Feb.9, the Syrian Democratic Forces (SDF), predominantly Kurdish YPG units, has reportedly seized the Mennagh Military Airport in northern Aleppo. On account of this, the militants of Harakat Ahrar Al-Sham, the Free Syrian Army (FSA), and Jabhat Al-Shamiyah were force to withdraw in direction of ‘Azaz.

We remember, Russian warplanes conducted air raids in the area of the airport on Feb.9 while the U.S. ignored this area to avoid additional jitters in the relations with the Erdogan’s regime.

The Iraqi Security Forces (ISF) announced on Feb. 9 that it purged ISIS from Ramadi’s eastern suburbs and secured the road between Baghdad and Ramadi. However, this area still remains vulnerable to attacks and will need to be cleared of IEDs.

Peshmerga and Suni tribals have conducted several military operations west of Makhmur. The U.S.-trained 1st Battalion of the 91st Brigade of the 16th Iraqi Army Division participated in them.
ISF and local militias continue to clash with ISIS between Samarra and Lake Thar Thar despite previous claims over the control of the areas west of Samarra. ISIS has launched an operation to push the ISF and its allies in Khat al-Layn and the Jazeera desert.