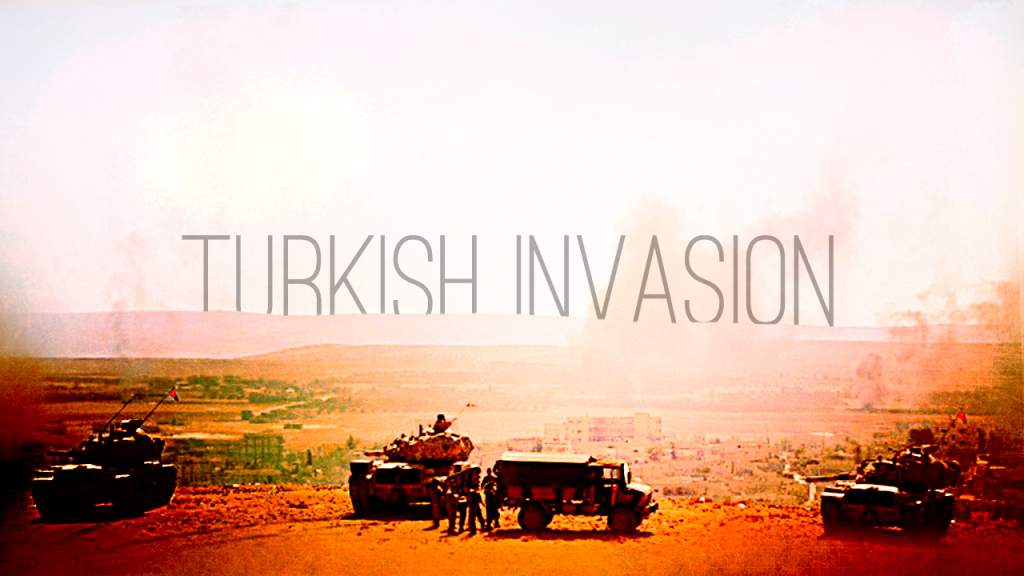 During the video production, Southfront: Analysis & Intelligence also received information that at least one Saudi motorized brigade equipped with about 90 armoured vehicles was moved to Iraqi border.  This force could become a core of a joint force which could be used by the Saudi-led coalition to support Turkish military intervention to Syria.

The military balance in Northern Syria is shifting rapidly. The Syrian Army and local militias supported by the Russian Air Force have cut terrorists from major supply lines from Turkey and almost encircled the militant forces in the Aleppo city. This has become possible due to the actions of the Russian Aerospace Defense Forces which have been destroying the terrorists’ sources of funding since 2015.

Thus, we could observe a breakdown on the battlefield which leads to a full collapse of the terrorists forces in Syria step by step. This also dished schemes of the foreign players interested in overthrowing of the Assad government.

In the contemporary situation the Erdogan’s regime acts as a main sponsor and creator of a terrorist threat in the Middle East. Turkey is a crucial part of terrorist logistics network which allows terrorist groups in Syria to receive arms supplies and reinforcements. The Turkish elites have a strong business ties predominantly oil smuggling with ISIS and other terrorists in Syria.

The Erdogan imperial ambitions in the Middle East also plays an important role in the conflict. Erdogan believes that a breakdown of Syria will allow him to set a protectorate or even occupy the northern part of the Arab country.

The successes of anti-terrorist forces in Syria have destroyed a hope to realize these plans easily. Considering this, the Erdogan’s regime launched preparations for a direct intervention to the country without any legal mandate. A high-level of concentration of the Turkish military are already observed in the Syrian-Turkish border by civil and military sources. Furthermore, there are irresistible videos proofs that Turkey has been conducting a series of cross-border artillery shelling violating the Syrian sovereignty.

Experts suggest Turkey is ready to deploy some 18,000 troops with substantial artillery and air support to occupy a 30-kilometer deep territory across the border running from the city of Jarabulus westward to the city of Azaz. The operation would cover an area under ISIS control, and it would provide a direct military assistance to terrorists and facilitate establishing of a buffer zone for the vestiges of their forces in Northern Syria.

It would drastically escalate the tensions with the Syrian Arab Army (SAA) and the predominantly Kurdish Syrian Democratic Forces (SDF). However, the Turkish military is fully capable of completing the first move aimed to push the SAA and the SDF from the aforementioned area and occupy a significant part of Northern Syria.

This step will likely face a hard answer of the Russian military grouping located in the country. The Russian land and navy air-defense systems and fighter jets are fully capable to neutralize the Turkish air force which will allow the Syrian government to counter-attack the Turkish intervention forces. Thus, the anti-terrorist forces will get a chance to exercise a counter-attack which will be likely supported by the Russian Aerospace Defense Forces.

This situation leads to 2 main scenarios: