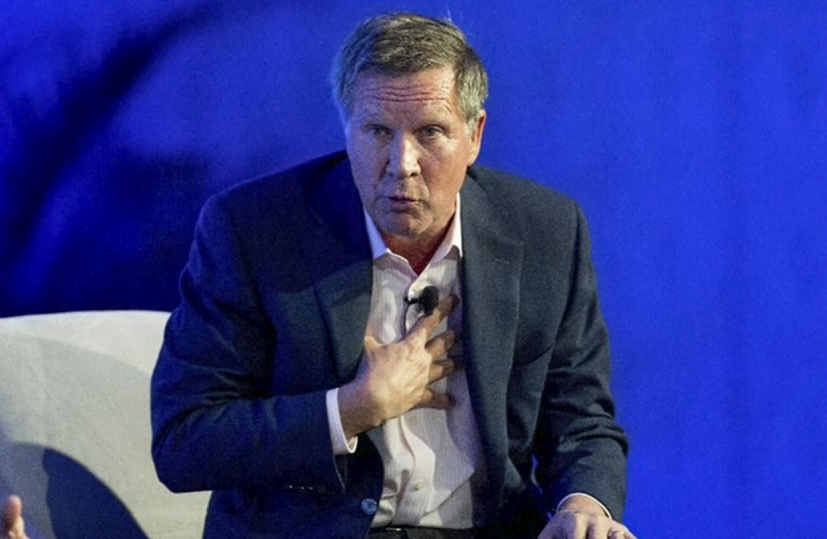 Guardian: Moments after he placed second in the New Hampshire primary, John Kasich was transformed from a low-profile, under-the-radar candidate to the new face of compassionate conservatism in America.

Here, apparently, was the moderate Republican antidote to the domineering Donald Trump, a governor with a record of achievement, willing to rise above the fearful invective on immigration to campaign in an optimistic way about the future of the United States.

“If you don’t have a seatbelt, go get one,” the 63-year-old almost yelled as he told an enthusiastic meeting of independents and Republican centrists. “Tonight the light overcame the darkness.”

But behind the unassuming image is a track record in his home state of Ohio, where he is a second-term governor, that puts him a big step to the right of what many Americans would consider moderate.

Within hours of his success in New Hampshire, fresh legislation was passed in Ohio that will further restrict access to abortion in a state where Kasich has signed every one of a series of anti-choice measures that has ever reached his desk.

Across the state he has made an enemy of public sector unions, teachers and environmentalists with attacks on collective bargaining, cuts to funding of public schools alongside scandals in the charter school education sector, and enthusiastic support for oil and gas production via fracking – even though that has not brought as much prosperity to the state as some think.

“The people in Ohio who know him are stunned that he has been allowed to get away with calling himself a moderate,” said Sandy Theis, executive director of the liberal thinktank Progress Ohio.

“He is a climate change denier, he has had a scandal in his heavily championed support of charter schools, unemployment has gone down but poverty has risen in the state, we have a terrible infant mortality rate for African American babies – I could go on. Maybe the middle has moved so far to the right that there is no genuine moderate in the Republican race anymore,” she said.

Sandwiched in New Hampshire between runaway winner Donald Trump and third-place Tea Party champion Ted Cruz, it is hardly a surprise that Kasich now seeks to capitalize on the mainstream appeal that charmed voters at more than 100 town hall meetings across the state.

In a Republican field where candidates are competing in tough-guy rhetoric on bombing Islamic State, building impregnable borders and barring Muslims from entering the country, Kasich’s record on many key issues is more moderate and nuanced than many of his competitors – which actually puts him at risk of being unable to attract the conservative voters as the race goes on.

Kasich does not believe in deporting illegal immigrants, providing they have been law-abiding since arriving in the US, and said Trump’s idea to ban Muslims from America would weaken the US and “is not what we are”.

And he accepted extra Medicaid dollars from the federal government distributed under the Affordable Care Act, even though he has since boasted he would “repeal Obamacare” if he reaches the White House.

Kasich fell out with the Koch brothers, rightwing mega-donors, over pointed comments he made at a fundraising event about how people needed to be accountable for what they had done for the poor when they “get to the pearly gates”.

And he consistently talks about getting things done, fixing problems and working together being more important than party politics.