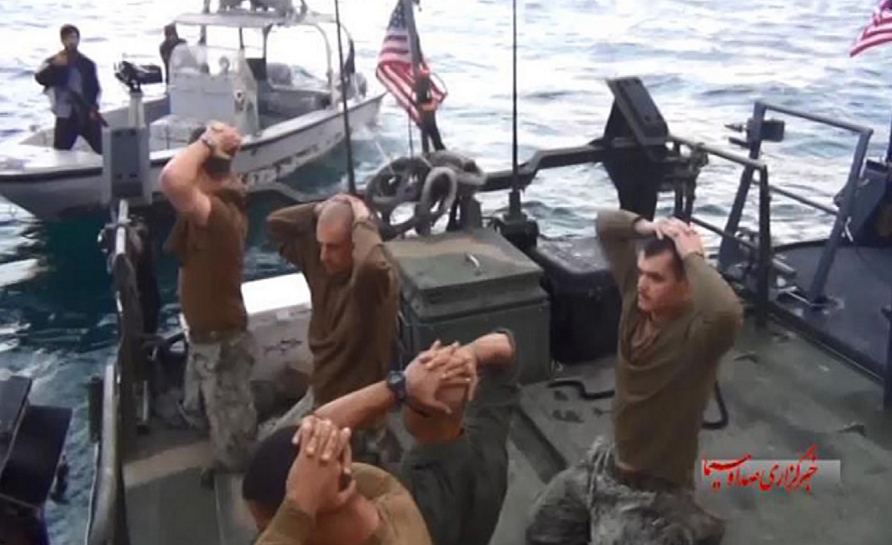 Bush and Kasich “ratted out” by Tehran for treason

TEHRAN (FNA)- Iran’s top security official Rear Admiral Ali Shamkhani disclosed on Thursday that the US Republicans had demanded Tehran to suspend the January prisoners’ swap deal with Washington until the presidential elections in the US.

“The US Republicans sent a message to Tehran, demanding us not to release the American spies until the presidential race starts in the US,” Secretary of Iran’s Supreme National Security Council Ali Shamkhani said on Thursday.

“However, we did release the US prisoners in an independent decision,” he continued.

Shamkhani, who was addressing a Thursday rally in the city of Yazd to mark the 37th anniversary of the victory of the Islamic Revolution, went on to state, “During the prisoner swap talks, we showed that we will never be affected by domestic or foreign pressures. The decision to release the American prisoners was made on humanitarian grounds and after being approached by their families. Ultimately, the decision was made based on our national security interests as well as the fact that our own people were being held in US prisons.”

Elsewhere in his remarks, Shamkhani said many peoples and governments are of the opinion that Iran is the most independent and stable country in the Middle East, adding that such a belief comes not from false assumptions and propaganda but the fact that the Islamic Republic depends on its own people.

Shamkhani described Iran as a regional power, and said the future of the world will be shaped by the ongoing developments in the region and Iran plays a key role in the formation of new Middle East.

According to the swap deal, the US also freed 7 Iranian-Americans who were held for sanctions-related charges and asked the Interpol to stop prosecution of 14 other Iranian nationals. But according to what Iran’s Foreign Ministry Spokesman Hossein Jaberi Ansari said, the number of the Iranians whose charges have been dropped stands at 21.