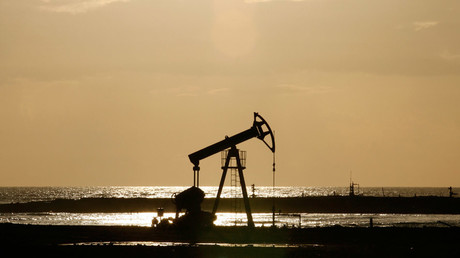 “Since March 2015 we are witnessing a decline in oil shale output in the United States, which has been reduced by 500,000 barrels per day. We don’t know how fast it will fall but we know that two-thirds of drilling rigs is no more working there,” Pouyanne said on Thursday at the International Petroleum Week forum.

Oversupply of oil on the global market amounts to two percent according to Pouyanne, and the price of it is now impossible to predict.

“The price of oil is unstable right now; it can stand at $40 a barrel today and reach $80 a barrel tomorrow…,” said Total’s CEO.

The price of shale oil on the US market has fallen by two-thirds while production by 15 percent, according to the head of Russia’s Rosneft Igor Sechin.  “Shale oil production in the United States will decline in the long-term and reach bottom by 2020,” Sechin said.

Falling oil prices have reduced the profitability of oil extraction which impacts drilling activity. In the early part of last year, the US rig count was down 850 from the year before. About 17,000 oil and gas workers in the US lost their jobs in 2015. When adding the oilfield support jobs lost in refineries and petrochemical plants, the actual number of related layoffs grew to about 87,000, according to Michael Planet, an economist at the Dallas Fed.