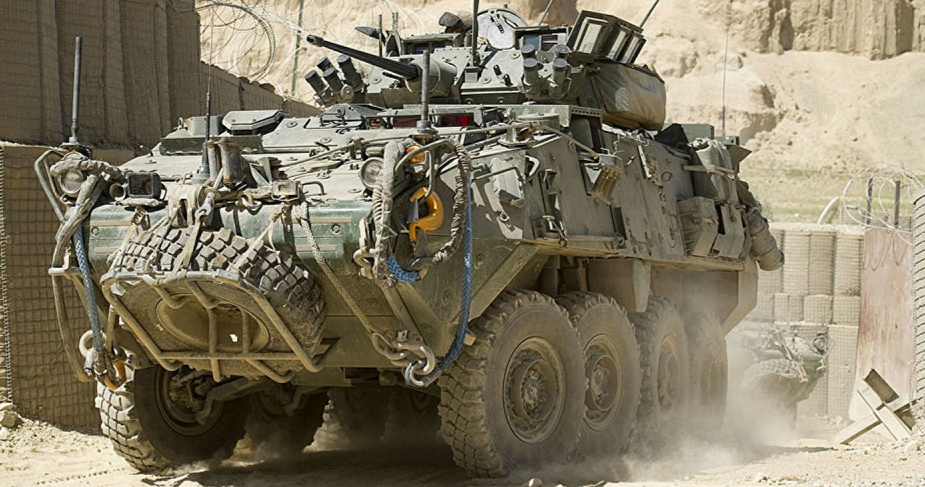 In 2014, Stephen Harper’s Conservative government signed a controversial $15 billion arms deal with Saudi Arabia. Two years later, Justin Trudeau and the Liberals are in charge, but have so far refused to cancel the contract. Now, observers suggest that the issue might be the first real test of Trudeau’s foreign policy mettle.

In the course of the campaign ahead of October 2015’s elections, the Liberal Party promised that they would sign the 2013 UN Arms Trade Treaty, which ostensibly aims at regulating the international arms trade in order to contribute to international and regional peace, reduce human suffering, and promote transparency and responsibility by and among states.However, shortly after entering office, the Liberals confirmed that the arms deal with Saudi Arabia would be exempt from the treaty.

“This,” Canada’s Globe and Mail newspaper recently wrote, “means Canada’s biggest military export contract, to supply weaponized armored vehicles to a country regularly ranked by Freedom House as among the ‘worst of the worst’ on human rights, will not be subject” to the treaty.

With people from coast to coast criticizing the government and suggesting that the Liberals are jeopardizing their party’s principles, and Canada’s, the controversy has taken another turn, with University of Montreal law professor Daniel Turp and over a dozen of his students filing a class action lawsuit against Ottawa in the Quebec Superior Court, to be followed up by a similar case in Federal Court, CounterPunch reports.

The lawsuit, CP columnist Joyce Nelson explains, aims to block the shipment of the combat vehicles, to be produced by General Dynamics Land Systems-Canada, a subsidiary of the US aerospace and defense firm. The move, she notes, “could force the governing Liberals to explain how they justify the sale.”

In addition to attempting to hold Ottawa accountable for the Liberals’ election promises, Turp and his students refer to defense exports guidelines adopted by the Canadian government 1986 (under a conservative government, no less), which state that “Canada closely controls the export of military goods and technology to countries…whose governments have a persistent record of serious violations of the human rights of their citizens, unless it can be demonstrated that there is no reasonable risk that the goods might be used against the civilian population.”

“Saudi Arabia,” an Open Letter by Trup and his students reads, “has committed and continues to commit such serious violations, and there is a real risk that the light armored vehicles manufactured by General Dynamics will be used to commit abuses against the civilian population of Saudi Arabia and its neighboring countries.”

Subsequently, Nelson notes, the group will argue in court that Ottawa is violating its own arms-exports rules, and ask the court to rescind the export permits.

“A recent poll by Nanos Research suggests that most Canadians are opposed to the $15 billion arms sale. The survey ‘showed [that] nearly six in 10 feel it is more important to ensure arms are going only to countries ‘that respect human rights’ than it is to support 3,000 jobs by selling weaponized armored vehicles to Saudi Arabia.'”

So far, the journalist notes, Foreign Affairs Minister Stephane Dion “has offered weak explanations for the Trudeau government’s refusal to cancel the contract.”

And indeed, the minister earlier justified the deal by saying that “almost all our allies are selling weapons to Saudi Arabia,” and adding that Canada had signed a contract, and “we need to stick to our word.”Ultimately, Nelson complained, “behind such lame ‘excuses’ is the likelihood that the Liberals are simply staying with the Harper government’s plan to beef up the defense industry in Canada…As a Maclean’s [magazine] writer bluntly noted, the…Saudi arms deal ‘is about money, jobs and bolstering Canada’s defense industry. Call it pragmatism or cynicism. Turns out those reasons are just as persuasive to Liberal governments as to Conservative ones.'”

Other commentators and ordinary Canadians writing letters to the editor of the Globe and Mail call it something else: hypocrisy. As one reader noted, “the new Trudeau government is facing a test of its world view versus that of the Harper government it replaced. Unfortunately, the tone is quickly beginning to sound all too familiar.”