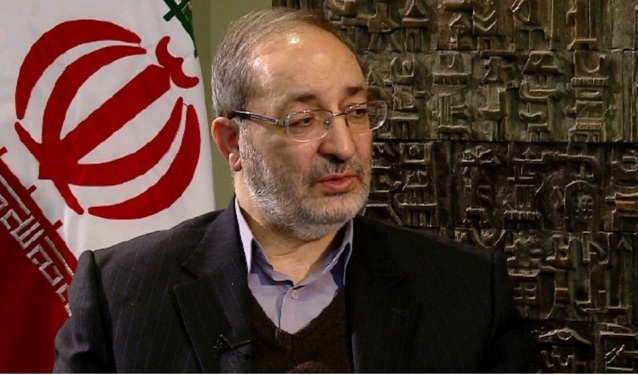 Iran Won’t Allow Turkey, Saudi Arabia to Exacerbate Syria Situation: Deputy Commander
In an interview with Al-Alam TV, Deputy Chief of Staff of Iran’s Armed Forces Brigadier General Massoud Jazzayeri underlined the country’s opposition to the deployment of foreign forces in Syria, and said Tehran will not allow outside actors to foment more insecurity in the war-torn country.

“Saudi Arabia has exhausted its military muscles in the Syrian battlefield. It has failed both in Syria and Yemen. If they had had the ability, they would have already sent troops to Syria,” Jazzayeri said in an interview with Al-Alam News Network on Sunday.

On whether Iran would send more military advisors to Syria to counter possible Saudi deployment, he said, “We will not let the situation in Syria get out of control so that some rogue states could implement their policies. If needed, we will take some appropriate decisions.”

Elsewhere, Jazzayeri stressed Iran’s support for Russia’s military assistance to the Syrian nation in the war on terror, adding that Tehran and Moscow coordinate their political and military measures in Syria.

In relevant remarks earlier this month, Commander of the Islamic Revolution Guards Corps Major General Mohammad Ali Jafari had said that Saudi Arabia doesn’t have the guts to send its armed forces to Syria.

“They claim they will send troops (to Syria) but I don’t think they will dare do so. They have a classic army and history tells us such armies stand no chance in fighting irregular resistance forces,” Jafari told reporters in Tehran.

“This will be like a coup de grâce for them. Apparently, they see no other way but this, and if this is the case, then their fate is sealed,” he added.

Jafari, said this is just cheap talks, but Iran welcomes the Saudi decision if they decide to walk on this path.

Riyadh has been a member of the US-led coalition that has been launching air strikes against the ISIL in Syria since September 2014, without the permission of Damascus or the United Nations. In December 2015, Saudi Arabia started its own Muslim 34-nation coalition to fight Islamic extremism.

Riyadh has been a nominal member of the US-led coalition that has been launching air strikes against Daesh in Syria since September 2014, without the permission of Damascus or the United Nations. In December 2015, Saudi Arabia started its own Muslim 34-nation coalition to allegedly fight Islamic extremism.

Daesh is a Wahhabi group mentored by Saudi Arabia and has been blacklisted as a terrorist group everywhere in the world, including the United States and Russia, but Saudi Arabia.