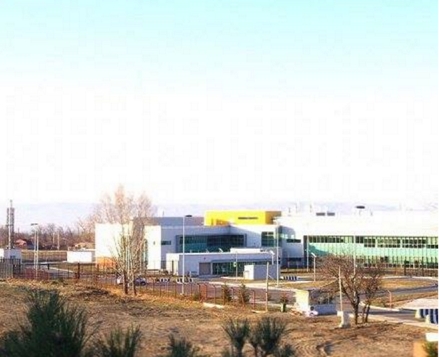 American Journalist and bureau Chief for Georgia at VT, Jeffrey Silverman, thinks that the Swine influenza that has spread in region might be connected to the Richard Lugar Laboratory located near Tbilisi airport.

According to him, the laboratory, which should work for the prevention of different viruses, isn’t operating appropriately, but instead might be conducting research on secret substances, later testing them on local people.

Silverman notes that the Caucasus region is an ideal location for the United States to outsource its ‘grey zone’ research.

Why is your approach towards the Richard Lugar Laboratory so negative? Do you think that it can cause real danger to Georgia and the world?

This has already been demonstrated by the Georgian and Russian media. Georgia was not given the choice by the US Navy; the Ministry of Economic Development was told to sign on the bottom line. It was not necessary to read the details of the collaboration agreement. As it was a political and military decision to locate the lab here, this decision was not one out of concern for public or animal health.

Former US Ambassador Richard Norland said that all the accusations against the laboratory were sheer nonsense. What counterarguments do you have?

The US Ambassador is lying. As I have worked with bio and chemical weapons, trained in it, have a BS and MS degree, I knew those involved with this project even before it started. As mentioned, the Caucasus region is an ideal location for the United States to practise its ‘grey zone’ research since many of the most ‘attractive’ viruses and bacteria for weaponisation live naturally in this region. This is the place to study them more intensely in their natural habitat.

US Ambassador Richard Norland also implied that the laboratory was neither a military center, nor does it have any connection with bio weapons. Do you have any documents to deny that?

I am the Bureau Chief for Georgia at VT. We at VT have the plans for the lab, and these are safe and secure. I cannot say the same as to the political appointment of Richard Norland, his motives, or the motives of those who came before him.

Why do you think that head of the Intelligence service, Anna Zhvania, was appointed as the head of the laboratory. Do they have anything to hide?

Good question. This was a covert operation and she was a trusted person in the eyes of the United States. She was being paid by the US government. It would have been too risky for a health professional to have been in charge of this project.

You and VT possess the exclusive design plans for the building and labs. Is there anything that people don’t know about? Any secret rooms for researchers and so on?

All is detailed there- I showed you these documents. I have given many interviews to the Georgian and international media and these plans are no longer secret. I have also shared them with the Russian media and with various human rights organisations. I can’t name my source; he was very confidential person regarding the laboratory issue.

You have been interviewed by Russian media. Do you have any idea why the Russian side names Lugar Laboratory as the main source for the spread of deadly viruses? Could it be true?

I first broke the story in the Georgia media, and only afterwards did the Russian media contact me. I assisted them with a detailed documentary about the threat of bio weapons and concerns about the low level of security and safety concerns at labs in Georgia and Ukraine. I have a 21 year old son in Moscow and I am concerned for his safety as well.

It is true, turning strain of bio agents into weapons can take place within a matter of matter hours. The Tbilisi anti-plague station’s large pathogen collection is still being kept alive and was first moved to the new bio lab. They might work on secret substances and test them on people.

How long is it necessary to create a new virus to spread it and have a result? What area is necessary for a bio attack to be successful?

So to make an analogy, you need cobra venom before you can manufacture the anti-venom. As is the case with all dual-use technology, there is the potential here, and in developing wider defense strategies, such ‘capacity’ is taken into account. I – and my network of intelligence staff at VT- believe that there is little chance that the US would keep such high security information, as would be contained in the archive, in such a precarious location.

In 2018, the Georgian government will become the only responsible party for the laboratory. They will be obliged to keep the laboratory financed as well. Is it necessary for us? Is it worth it?

Georgia does not have the capacity or financial resources to keep and maintain such a lab, and it was never intended to be staffed or operated by Georgia. It does not have trained staff and the operational cost for such a lab is too expensive for the government. My source with the t/45 lab says it costs the US government 12 million dollars per year to operate.

I spoke with one British contractor who was first tasked to keep the building from falling down. There were many problems with not only the quality of the materials, but with the quality of the workmanship. And let us not forget about what happened to the roof of the Tbilisi airport, which was also constructed by a corrupt Turkish company. I have already told that story to other media outlets. In short, the affected people had some breathing problems as a result of a faulty ventilation system. Luckily nobody died. Even the hospital administration was “warned” not to say anything about this case.

Lugar Laboratory is located near the airport. Do you think this is the right location for this kind of laboratory, or can it be dangerous for people living nearby?

It is a perfect location for a bio-warfare facility. The operations conducted in the laboratory are dubious; we do not see a real product, a real benefit, so the Georgian public has reasonable grounds for questions.

Provided that the Swine Flu virus has been spread artificially, should people be ready for a higher threat level of the epidemia?

Keep in mind that nobody knows what kind of research is being done there; breeding new strains, conducting experiments, observing old strains that already exist, or what? I think most of what the Lugar Lab is doing is well documented by Fort Dix in Maryland, and the Center for Disease Control in Atlanta Georgia.