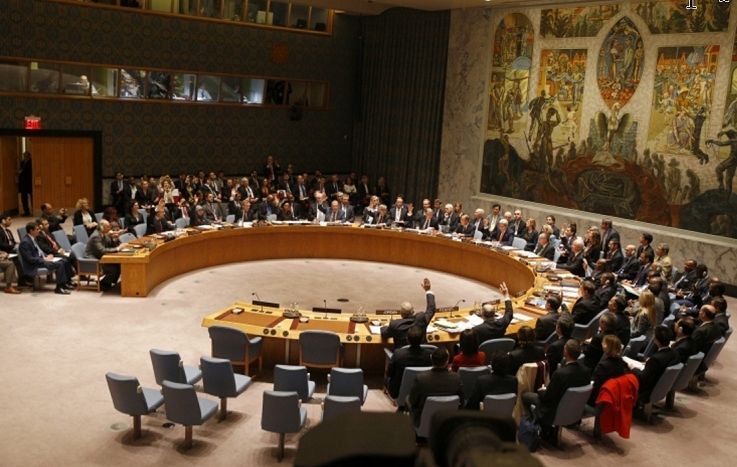 [ Editor’s Note:  My, my…this was certainly a change of pace for starting the day with a Yellow Brick Road tour of Western hypocrisy and duplicity, brought to us by countries with very high education expenditures for which the return investment, in terms of protecting some reality as to having real democracies, has been reduced to traveling medicine show status.

Our current presidential election slate is a non-shining example of the wasteland that confronts the electorate where a political process seems to winnow out almost all but the bottom of the barrel and mediocre types, with the uber-gangsters getting more entrenched with each election and converting the country into a white collar mafioso plantation of sorts.

Fix a nice fresh cup of coffee and enjoy Mr. Churkin’s review of the wonders of Western democracy and the shining light it has been in terms of being used as a front by the most corrupt elements among us… Jim W. Dean ]

UNITED NATIONS, February 16. /TASS/. Russia has presented at the UN Security Council on Monday an “express review” of the most flagrant cases of disregard for international law by the United States and the UK. The list covering events from the mid-20th century to the present day has been read out by Russia’s deputy permanent representative to the UN Pyotr Ilyichev in response to accusations against Moscow over developments in Ukraine and Crimea’s reunification with Russia. “Some delegations have spoken today of violations of the principles of the UN Charter unsubstantially accusing Russia of this. To prevent this wishful thinking from creating the wrong impression, let me make an ‘express review’ of the most flagrant cases of disregard for international law, including the purposes and principles of the UN Security Council over the past few decades, the more so since they have apparently been forgotten,” the diplomat said at the debate dedicated to maintaining international peace and security.

He drew attention, in particular, to Britain’s bombing of the Yemeni city of Harib in 1946, noting that the UN Security Council condemned these actions in its Resolution 188 “pointing to the incompatibility of reprisals with the purposes and principles of the UN Charter.” “In 1983, the United States carried out an armed invasion of Grenada.

The General Assembly, in its Resolution 37/8, called these US actions ‘a flagrant violation of international law.’ Many people probably know about the response by the then US President [Ronald Reagan – TASS] to this document that the news did not spoil his appetite at breakfast,” Ilyichev said. 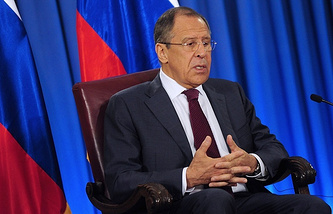 According to him, in 1986 the United States carried out an attack against Libya and in 1989 invaded Panama. In both cases these actions were met with condemnation from the UN General Assembly, which qualified them as a violation of international law.

The Russian diplomat noted that violations of the UN Charter were registered by the International Court of Justice as well. “For example, in the first in its history decision on the 1946 case of Corfu Channel the court recognized that the UK had violated Albania’s sovereignty. The ruling on the 1986 Nicaragua vs US case is well-known. The court pointed out bluntly that the US had violated Nicaragua’s sovereignty and the norms of non-interference in internal affairs and non-use of force,” Ilyichev said.

From Yugoslavia to Syria

According to Ilyichev, “irresponsible attitude” of the US and its allies to the UN Charter continued and resulted in the bombing of Yugoslavia in 1999 and the invasion of Iraq in 2003. Then came Libya where “with allegedly disinterested outside help the fire broke out that destroyed the state leaving ashes and chaos in its place,” the diplomat said.

He noted that “it was such unlawful interference in the form of illegitimate air strikes or arms deliveries to non-government armed groups” that led to the growth of radical sentiment in Syria that ultimately “resulted in the emergence and strengthening of such terrible phenomena” as the Islamic State (IS) terrorist group (banned in Russia).

“The effects of the invasion of Libya and Syria are striking in their scope. These are terrible suffering of civilians, the destruction of the cultural heritage of mankind and the unprecedented migrant crisis,” Ilyichev said.

He went on to say that 70 years after the end of World War II the basic principles underlying the system of international relations “are becoming an inconvenient obstacle for some and, as a result, are exposed to all sorts of interpretations or are just sidestepped.”

“Apparently, the presumption of their own exclusiveness have long made it possible for some countries to put themselves above the purposes and principles of the UN Charter,” the diplomat said referring to a well-known remark of US President Barack Obama about the “exclusiveness” of the American nation. Venezuelan Foreign Ministry: they are trying to split up Syria

The debate at the UN Security Council was chaired by Venezuelan Foreign Minister Delcy Rodriguez. She pointed to the need to respect the sovereignty of states and other fundamental principles enshrined in the UN Charter – the right of peoples to self-determination, peaceful settlement of disputes and promoting the spirit of cooperation and non-aggression.

Regarding the situation in Syria, Rodriguez pointed to the attempts to split this Arab country into pieces ignoring the will of its people. According to her, “certain countries for whom their national interests are a priority” are interfering in Syria’s internal affairs.

She drew attention to the fact that, while the developing nations are strictly abiding by the UN Charter, the rich powers are acting contrary to it resorting to “unilateral acts of aggression” and demonstrating determination to dominate the market of natural resources. According to Rodriguez, this has led to the growing economic inequality, discrimination, Islamophobia and the undermining of the peoples’ right to self-determination.