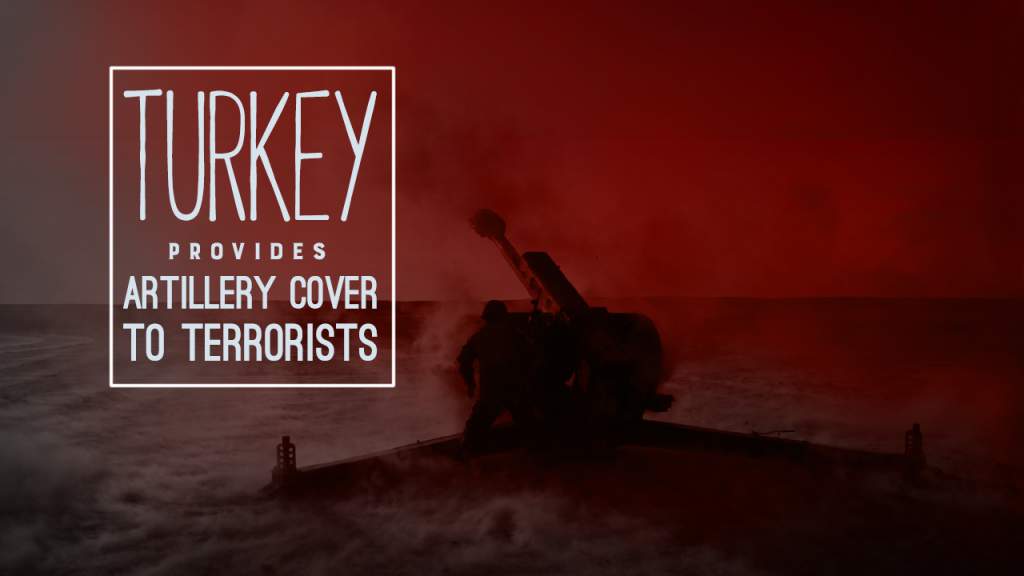 The Syrian Arab Army (SAA) and its allies are advancing to the West of the Raqqa province. Currently, the Syrian Armed Forces are approximately 35 km away from the Tabqa military airport — their primary objective in Raqqa at the moment. The Syrian forces are also pursuing to secure the Salamiyah-Raqqa highway.

The Kurdish fighters, backed by Russian warplanes are currently engaged in intense clashes with the terrorist groups at the Western entrance of the town of Tal Rifat town in the Aleppo province. It’s confirmed that several terrorists of al-Nusra, including their commander Abdulsalam al-Saan, were killed in the air raids in the area of Tal Rifat.

Since Feb.13, the Turkish army has been shelling Syrian government forces and Kurdish targets mainly in the area near the city of Azaz in northwestern Syria, including the Menagh military air base recently retaken from the Syrian al Qaeda affilate, al Nusra. Turkish Prime Minister Ahmet Davutoglu said German Chancellor Angela Merkel by phone on Feb.14 that Turkey’s military will continue to shell Kurdish YPG clashing ISIS in northern Syria.

In a separate statement, the Turkish Ministry of Foreign Affairs announced that Ankara and Riyadh may launch a joint operation to fight ISIS in Syria. Considering at least that Turkish elites are deeply involved in the oil smuggling with ISIS and Saudi Arabia is a main sponsor of the al Nusra terrorist group, the only real reason of this intervention could be an attempt to prevent the gains of the Syrian government’s forces and Kurds supported by the Russian Aerospace Defense Forces against terrorists in Northern Syria. If the terrorist groups are cut from the Turkish border, they will lost their main source of supplies and reinforcements.

Moreover, on Feb.14, Turkey has reportedly relocated 400 militants from Idlib province to Aleppo via its soil to block the Kurdish fighters’ rapid advances in Northern Aleppo province.
On Feb.13, it was discovered that a massive shipment of ground-to-ground “Grad” missiles has been sent by the US allies, Saudi Arabia and Turkey, to militants fighting against the Syrian government.

SouthFront Is Under Attack

Today, once again we together have become a target of another trick deliberately perpetrated on SouthFront: Analysis & Intelligence in order to damage our capabilities to disseminate an independent view on the main developments of the world.

This video, like all of our content, was made with informational purpose in mind and was aimed to provide independent coverage of the threats of international terrorism.

SouthFront: Analysis & Intelligence is one of the few genuinely independent projects available, which disturbs our ill-wishers. We are sure that this situation is the first step of a full-scale campaign aimed to down our YouTube channel which has been growing rapidly and attracts peoples’ attention, because of the exclusive independent analysis that can be found there.

The only thing that we violated is the mainstream media’s exclusive right to provide informational coverage of world events.

We expect that due to such hostile and disingenuous actions, as well as YouTube’s prejudicial treatment against SouthFront, our YouTube channel could be blocked in the nearest future. In this case, we inform our readers that you can watch all SF videos at our website, http://southfront.org

On the other hand it means that our foes are panicking. Thus, we, together, are on the right track.

In the present situation, we especially need your support. Without your support, we won’t be able to restore our broadcasting rapidly if the channel is downed.