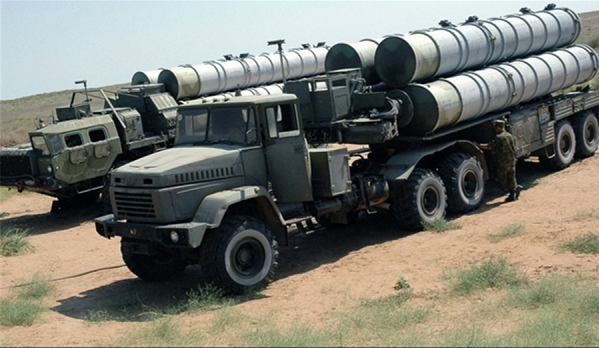 Speaking to journalists during his weekly conference, Jaberi Ansari said the delivery is being carried out as per an agreement between the two neighbors.

He said the two sides are now cooperating in various fields and they enjoy the highest level of diplomatic ties.

According to Jaberi Ansari, in addition to diplomatic-political ties, the two neighbors are also working hard clock to bolster cooperation in economic domains.

In relevant remarks, Iran’s Ambassador to Moscow Mehdi Sanaei said early this week that Iran is getting one of the latest versions of the air defence complex.

The news was not welcome in Washington, with State Department spokesman Mark Toner reiterating the US stance on the issue in a briefing on Monday.

“We made clear time and again our objections to any sale of the S-300 missile system to Iran,” Toner told reporters.

Earlier this month Iranian Defense Minister Hossein Dehqan announced Tehran is going to get Russian air defence systems by the end of the year, which in Iran ends on March 20, 2016.

Brigadier General Dehghan, who is now in Moscow for defense talks, stressed that a major batch of the hardware is going to be delivered in less than two months’ time.

“Iran has bought as many S-300 air defense systems as it needs,” Dehqan said, adding that Iranian operators of S-300 system are being trained in Russia.

Iran bought Russia’s most well-known air defense systems in one of its latest versions S-300PMU-2 Favorite, TASS reported earlier this month during the Dubai Airshow 2015.

The last time Russia supplied S-300 systems abroad was in 2010, when 15 squadrons were delivered to China.