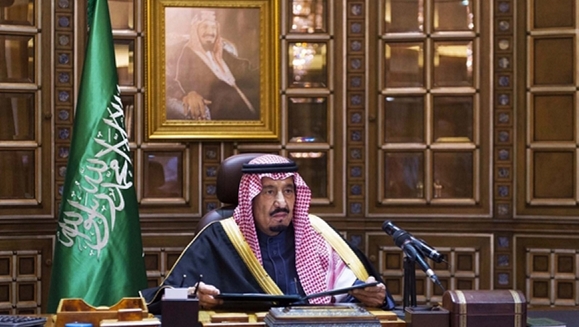 Daham al-Anzi, a prominent Saudi political analyst, told the Arabic-channel of Russia Today that Riyadh has acquired atomic bombs since two years ago and will likely carry out its first nuclear test within weeks.

Asked if he is confident about the revelation, he said, “Yes, Yes! As simple as that! We have atomic bombs. It is not a piece of urgent news. The world powers know that we have the bomb and we wanted to test it if Iran (would develop nuclear weapons and) would carry out a nuclear test.”

US sources said last May that Saudi Arabia had reached out to its ally Pakistan to acquire “off-the-shelf” atomic weapons as a nuclear arms race begins to shape up with Shiite rival Iran.

“For the Saudis the moment has come,” a former US defense official told the UK’s Sunday Times at the time. “There has been a longstanding agreement in place with the Pakistanis and the House of Saud has now made the strategic decision to move forward.”

The anonymous former official said the US did not believe that “any actual weaponry has been transferred yet,” but declared that “the Saudis mean what they say and they will do what they say”.

According to the Sunday Times report, Saudi Arabia and Pakistan have enjoyed a mutually beneficial relationship for decades. Saudi Arabia has given Pakistan billions of dollars in subsidized oil, while the latter has unofficially agreed to supply the Persian Gulf state with nuclear warheads.

“Nuclear weapons programs are extremely expensive and there’s no question that a lot of the funding of Pakistan’s nuclear weapons program was provided by Saudi Arabia,” Lord David Owen, who served as England’s foreign secretary from 1977-1979, told the weekly publication.

“Given their close relations and close military links, it’s long been assumed that if the Saudis wanted, they would call in a commitment, moral or otherwise, for Pakistan to supply them immediately with nuclear warheads,” he added.