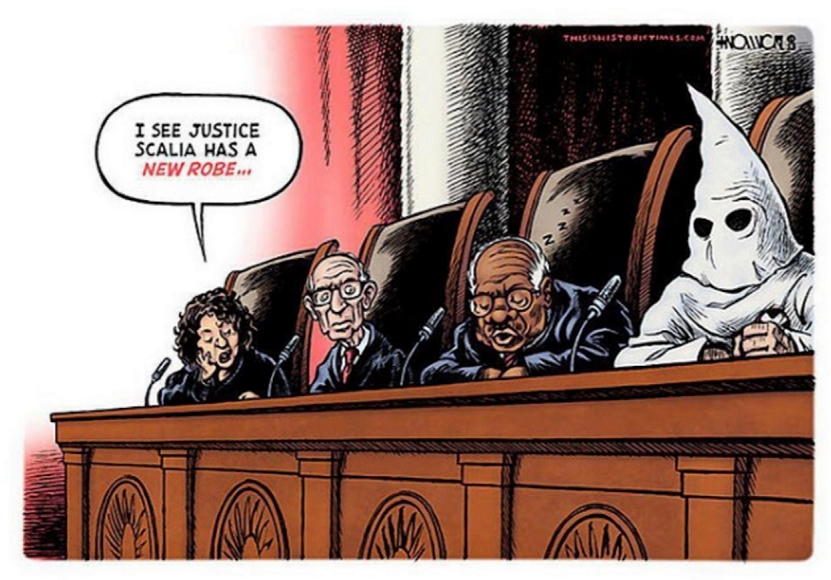 For all the commemoration of Antonin Scalia’s sweeping legal theories and biting prose—his promotion of the original 18th-century understanding of the Constitution and his disdain for competing legal philosophies—the justice’s most immediate, powerful, and lasting influence may be felt on one important issue: who can gain access to the courthouse.

His opinions on such matters as which parties have “standing” to sue and which types of cases can be tried as class actions tilted the scales of justice sharply toward corporations and away from consumers, environmentalists, and women.

Scalia’s unexpected death on Feb. 13 at the age of 79 prompted well-deserved recapitulations of his distinctive voice on the high court’s right wing: one that railed against the judiciary’s engagement with such ideologically charged issues as gay marriage, abortion, and capital punishment. In his view, those were subjects best left to the legislative and executive branches. The words he was most famous for, however, came mostly when he was on the losing side. Nevertheless, during his 30 years as a justice, Scalia energized debate on the court and forced allies and foes alike to address his insistence that constitutional meaning is fundamentally rooted in history and doesn’t evolve to suit the times.