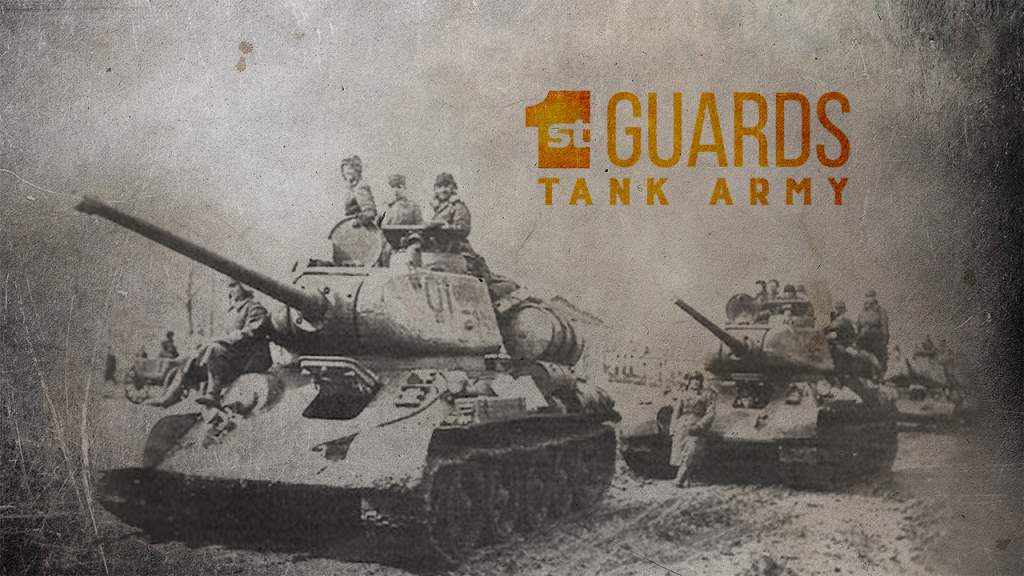 The formation of Tank Armies, which were eventually raised to Guards ranks once they demonstrated their ability to defeat Wehrmacht forces, was a major step in the Red Army’s operational evolution during the Great Patriotic War.

Even though the Soviets were temporarily surpassed by the Panzerwaffe which gained experience from operations in Poland and Western Europe, once the Tank Armies were formed, German forces could no longer claim to be the most skilled or effective practitioners of armored warfare.

The 1st Guards Tank Army was one of six such armies formed during the Great Patriotic War. After the war it became part of the Group of Soviet Forces in Germany, where it remained until it was withdrawn to Russia in the 1990s.

The changes in the international environment, the desire to cash in on the “peace dividend”, the need to fight the Chechen insurgency, and Russia’s economic crisis all led to the disbandment of tank armies. In the absence of significant external military threat to Russian territory, the only permanent readiness units would be motorized rifle and tank brigades, which were subordinated directly to army headquarters.

These brigades would screen the borders and allow the lower-readiness divisions, which were transformed into equipment storage depots with minimal personnel, to be mobilized for war.

The Maidan coup, the high-intensity civil war in Ukraine, and NATO expanding its permanent presence eastward, forced the reversal of the earlier policies. There was now a large country with a hostile, Nazi-friendly regime and close NATO ties right on Russia’s western border.

Moreover, the fighting in Ukraine demonstrated the advantage of having large and permanently established maneuver formations. Independently operating battalions, regiments, and brigades lacked the ability to deliver a knock-out punch, and coordinating a large number of such units was difficult for higher headquarters.

The NATO-style tactic of putting together task forces and battlegroups out of available units which was used by the Ukrainian army also proved ineffective because units which do not train together in peacetime will not fight well together in wartime.

Therefore the Russian Ministry of Defense decided to reactivate 4 divisions and bring 2 existing ones, the 4th Guards Tank and 2nd Guards Motorized Rifle, to permanent readiness status to give the Russian Ground Forces several large high-readiness formations that would pack the offensive punch smaller units did not have and to re-establish the Soviet-era regiment-division organizational structure which is better suited for high-intensity combat operations.

But it went one step further by ordering the reactivation of the 1st Guards Tank Army, with headquarters near Moscow, and assigned to the Western Military District. Defense Minister Sergey Shoygu named the activation of the new formations one of the top priorities for 2016.

There is no information yet on how many divisions and brigades the 1st Guards Tank Army will have assigned. Great Patriotic War-era tank armies had two or three division-size units permanently assigned. During the Cold War, each Soviet tank army had four tank divisions.

The activation of new divisions suggests that the newly reformed 1st Guards Tank Army is likely to have three or four permanently assigned tank and motorized rifle divisions and a number of separate brigades which would make it the largest permanently organized land forces formation between Urals and the Atlantic.

Its reactivation will give the Russian Ground Forces the ability to exploit its superior expertise at the operational level of war, which was already shown during the Crimea operation where NATO was taken completely by surprise and which is currently being demonstrated in Syria.

The location of its headquarters indicates it will be Russian high command’s strategic reserve, to be used to deliver the decisive blows of the land campaign, following the example of the 1st Guards Tank Army which was among the first Red Army units to enter Berlin in 1945.

In order to ensure battlefield superiority over NATO forces, divisions and brigades of the 1st Guards Tank Army will be the first to receive the new Armata, Kurganets, and Bumerang vehicles once they enter production. In order to ensure high readiness, they will contain a high proportion of contract soldiers.

Once it achieves initial operational capability, the army will become an important component of Russia’s conventional deterrence, and a decisive warfighting tool should the need to use it arise.