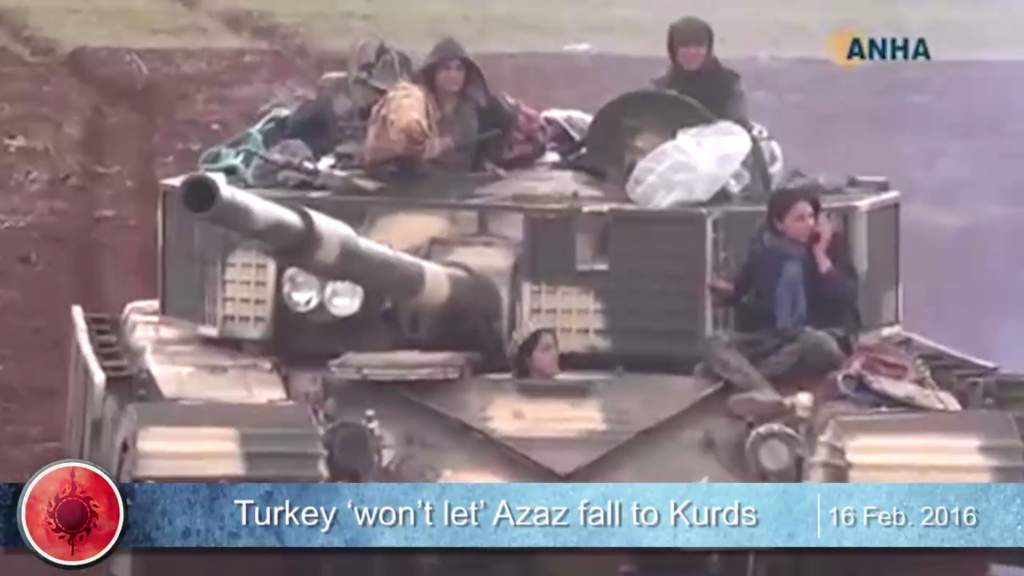 Turkish Prime Minister Ahmed Davutoglu said on Feb.15 Ankara will not allow the town of Azaz in northern Syria to fall to the Kurdish YPG forces and promised the “harshest reaction,” if the group attempts to re-take the city. Currently the city is under the terrorists’ control. We remember, Turkish military hit Kurdish militia targets in Syria for the third day in a row Monday.

The Saudi jets pounded a sewing factory in the Yemeni capital, Sana’a, killing 11 civilians and injuring four others on Sunday. At least five Yemeni civilians also lost their lives and several others sustained injuries following Saudi airstrikes on the city of Kawkaban in the western province of Mahwit.

Chinese Foreign Ministry spokesman Hong Lei told on Monday the possible US deployment of an anti-missile system to the Korean Peninsula is a threat to China’s strategic interests, and Beijing will not allow its “national security interests to be damaged.” The US military announced last week that it will start formal talks with South Korea on placing the Terminal High Altitude Area Defense System (THAAD) on the peninsula.

The EU-backed democracy is marching in Ukraine. Members of the Ukrainian Azov battalion, which sports many far-right zealots in its ranks, held a Nazi-style torch rally in the city of Odessa to commemorate the anniversary of the deaths of three fellow fighters. Some 200 people participated in the event Sunday.