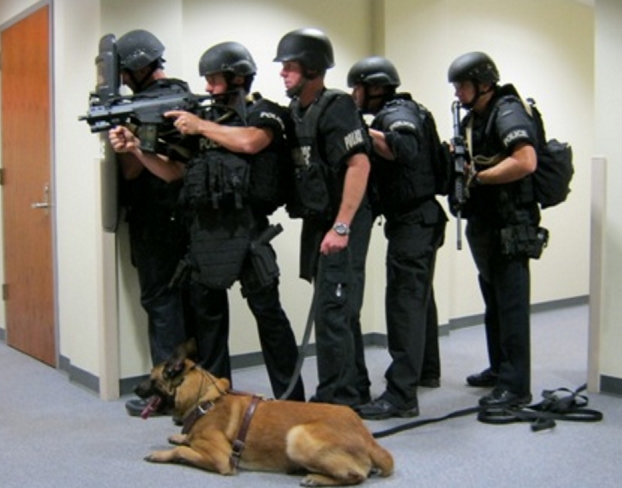 Being behind on student loan payments in Texas could cost you more than your credit score. The US Marshals Service in Houston is arresting people who aren’t paying their federal student debt.

Paul Aker said that seven deputy US Marshals showed up at his Houston home in combat gear.

Young Americans know next to nothing about their student loans

He claims he was taken to federal court, where he signed a payment plan for the debt.

“It was totally mind-boggling,” Aker said.

This is far from an isolated incident, a source told the station. It isn’t the first time Marshals have served someone for being behind on loans, and they are planning to serve between 1,200 and 1,500 other people who have student debt.

Rep. Gene Green (D-Texas) told Fox 26 that it’s worrisome that private debt collectors are able to use US Marshals as muscle to retrieve payments for loans.

“There’s bound to be a better way to collect on a student loan debt that is so old,” Green said.

Unlike other forms of debt, student loans cannot be discharged through bankruptcy by law. They also have higher interest rates, due to being riskier to the lender because of a lack of collateral. Governments and collection agencies are also allowed to use tactics that are prohibited for other types of loans, such as seizing tax refunds, taking parts of disability payments or even garnishing wages – all without a court order.

Student loans have become a hot-button issue in the Democratic presidential primaries. Both Bernie Sanders and Hillary Clinton have railed against what they call excessive student debt, vowing to lower student loan interest rates. However, Sanders goes a step further by supporting tuition-free public universities that are fully paid for with a tax on Wall Street.

Almost 71 percent of bachelor’s degree recipients graduate with a student loan, and those graduating in 2015 have an average debt from school of over $35,000, according to The Wall Street Journal.