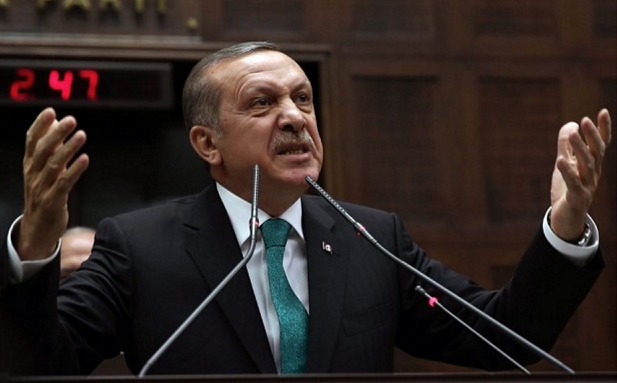 “UN Security Council members are concerned with the Turkish attacks on a number of Syrian regions,” Venezuelan Ambassador Rafael Ramirez, who now chairs the UNSC, said after the meeting, as cited by TASS.

The UN Security Council received a letter from the Syrian government in which Damascus condemned Turkey’s attacks in the north of Syria, Ramirez explained, noting that the entire council expressed “concern” about these violations.

“All members of the Security Council … agreed to ask for Turkey to comply with international law,” he added.

The UNSC also reiterated its commitment to the Munich agreement, expecting that all parties involved in the discussions will work toward a ceasefire to “allow humanitarian access for every place in the Syrian territory.”

When asked if the UNSC discussed the shelling of the hospitals and schools in Northern Syria on Monday which left close to 50 people dead, Ramirez said the Council indeed discussed the issue, but reached “no agreement” or “consensus” because of “different sources” of information on the incidents.

“Everybody is concerned about air strikes over humanitarian installations,” said Ramirez, stressing that the UNSC is trying to get“more information.”

The UNSC president highlighted the need to have Kurds represented in the Syrian peace process, and for Ankara not to escalate the situation even further.

“One of the issues expressed by some countries, including Venezuela, is that the Kurdish people have to be included in the discussion. Now that is the principle concern of Turkey,” Ramirez said during the briefing.

“Something that is important – the Kurds are fighting against the terrorist groups on the ground and this is an important factor for everybody,” Ramirez emphasized.

Turkish artillery units have been shelling targets in Syria for the fourth day in a row, as Ankara maintains its commitment to stopping the Kurdish Democratic Union Party (PYD) from claiming more territory in the north of the country. According to the Russian Ministry of Defense, both government and opposition-held towns over the border from Turkey have fallen under Ankara’s shelling.

While the Kurdish forces remain one of Washington’s main allies on the ground in Syria, Turkey being a NATO member is also a key partner in the US-led anti-ISIS coalition. The US State Department on Tuesday urged all sides to avoid escalation of tensions on the Syria-Turkey border.

“I am aware of the reports… that they [Turkish forces] have struck the YPG affiliated forces,” State Department spokesperson Mark Toner said. “We have urged the YPG to avoid moves that will heighten tensions with Turkey. But at the same time we have also urged Turkey to cease any artillery… its artillery fire across the border.”