Home World Hezbollah Has Nuclear Bomb against Israel, Sayyad Nasrallah Says
Share
Twitter
Pinterest
WhatsApp
Linkedin
ReddIt
Email
Print
Tumblr
Digg
“Hezbollah leader Sayyad Nasrallah threatened to hit ammonia gas tanks in Haifa in a future confrontation with Israel, saying that the damage done in such a scenario would be equivalent to that done by an atomic bomb and could lead to the death of 800,000 people, Zionist Site Haaretz reports.

“Israel knows Hezbollah has missiles and rockets that can strike anywhere in its territory,” Sayyad Nasrallah said in a televised speech on Tuesday.

Secretary general of the Lebanese resistance movement Hezbollah stressed that Israel would avoid going to war as long as it wasn’t certain it would end swiftly.

According to Sayyad Nasrallah, keeping up the power of Hezbollah’s military apparatus and strengthening it would prevent any future attack on Lebanon.

Nasrallah also had message for “IDF” Chief of Staff Gadi Eisenkot, “its simple mathematics. A few missiles on a few ammonium plants equals the same amount of death as an atomic bomb…you can destroy Lebanon and Dahiyeh. You have the strongest airforce, you have missiles, and you have other means by which to do it. But we can do the same thing to you (Israel) with only a few missiles aimed at a few amonium plants.”

“Haifa is just one of many examples,” he said. “The leaders of Israel understand that the resistance (Hezbollah) has the ability to cover the entirety of occupied Palestine with missiles. We must keep this capability because it acts as a deterrent for the Third Lebanon War.

Nasrallah then quoted an Israeli expert saying that the residents of Haifa are afraid of a deadly attack on the ammonia plant which contains more that 15,000 tons of gas. An explosion there could kill hundreds of thousands of people in the area. The same expert compared the hypothetical attack to a “nuclear bomb.”

“The residents of Haifa are worried about a deadly attack, with or without a war. They worry in any case. They are afraid of a large, deadly attack on the ammonia plants. These plants are in Haifa, and possibly even beyond the city. The tanks in the ammonia production facility contain 15 thousand tons of gas which will cause the deaths of tens of thousands.”

The same Israeli expert, according to Sayyad Nasrallah, criticized the Israeli government by putting the lives of 800,000 people in danger. “Instead of moving the factories, they have instead put in even more sensitive infrastructure.” “The Israelis, after the Second Lebanon War, only go to war when they are convinced they can win … They are unable to take Tel Aviv being bombarded for months at a time,” he said.

After the Second Lebanon War, the Haifa municipality ordered a report from a British company, in order to mitigate the risks to the ammonia plant. The report revealed that in the event of a hit on the ammonia plant, it will release a cloud 10 miles in diameter, and will cover all of Haifa and Acre.

“Researchers who conducted the studies in the 1990’s concluded that there could be 70,000 casualties,” said professor Amos Natua from the Technion in Haifa. “The Israel State Comptroller released a statement in 2003 that the number will likely be much higher.”

The Haifa municipality issued a response to the speech saying “We don’t believe that we should run the country based on Nasrallah’s arrogant speeches, but we’re happy that he put this worrying and important issue on the agenda- even if it is coming from a frightened man who’s been hiding in a bunker for the last several years.” 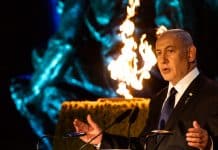 The Hawks Who Want War With Iran Are Working Overtime 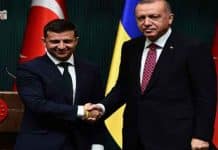 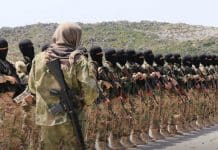 NEO: How a US-led Un-Holly Alliance is Preventing Syria’s Normalisation