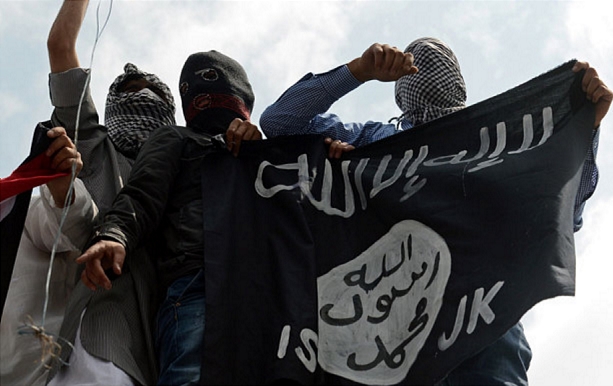 When there is no satisfying financial and other benefit for rebels armed to fight as proxy for others, it leads to disarray and dereliction in the rows. The war wagers consider every stimulating aspect of an environment to provide the waged fighters with luring advantages.

The point can be well exemplified with declaration of Jihad-e Nikah in Syria and Iraq with the advent of ISIL. They used the Fetwa to legalize rape under pretense permission of Islam. Thousands of girls and women were passed hand-to-hand as means to bind Jihadists to their duty. Of course, the sexual arrangements were effective for their adherence to the front.

In Afghanistan, the story is quite different. Jihad-e Nikah is hardly possible but many financial visions are on the card. War wagers need not to subsidize hired Taliban militants to a large amount; they [Taliban] are now on their own to make money.

On top of grand regional strategic plans, Afghan war is partly enforced for income purposes. Taliban, to a great extent, are no longer dependent on their financiers – Pakistan, Saudi Arabia as well as Iran.

Aside from territorial or occupational intentions, the favorable lucrative ground in Afghanistan would prolong the war even longer, for which not just regional powers or west are held responsible, but also internally grown warlords.

Drug business and plundering of underground riches are the spearhead income sources. Yet, Taliban or mostly unnamed armed oppositions set sights to surroundings to find a monetary source.

Afghan telecom companies are among extremist funding sources that inescapably pay off a regular sum to the Taliban militants clinging on to the areas where telecom towers are erected. Thus far, many towers have been blown up by armed fighters as a result of the company’s failure to meet their financial or non-financial demands.

Businessmen running a fleet of fuel tankers also fall under the same category. The persistent extremist threat has forced importers to pay due consideration for a safe passage.  Contractors who had been importing fuel for international forces before 2014 had subcontracted with the Taliban forces to prevent the fuel convoy from attacks.

In the meantime, Haqqani Network and Taliban insurgents carry out abductions in Afghanistan and Pakistan to boost its financial sustainability. They take riches or their dependents away to other provinces and release for huge ransom.

Human trafficking pours millions of dollars into the armed group’s budget. A record-high number of Afghan children are ceasing to exist in Kabul on a daily basis.

Taliban militants are quick on how to dig and loot minerals and REEs. They also extort others who are legally or illegally engaged in mining. Alone in north-eastern province of Badakhshan, their earnings hit a million dollar a year. Extremist revenues from a wide spectrum of illicit activities amount to $500 million each year.

Afghan security forces’ military equipments have been deliberately allowed to be seized by Taliban militants. In many Taliban gatherings, a queue of tidily positioned US-donated military vehicles (Ranger and Humvees) is striking attention.

In Helmand’s violent battle, the reason why rebels survived so long is their use of advanced military gear outgunning the Afghan military forces.

The litany of benefits legalized for militants in Afghanistan includes the Sexual Jihad, firstly originated in 2013 in Syria and Iraq. The sole purpose of this Fetwa was to sexually satisfy proxy Jihadist fighters. Even young women from advanced countries were lured into Islamic State-infested territories by means of big money that are gone missing and many unreported.

The Fetwa took effect in Afghanistan with the rise of Islamic State. But due to difference in culture, tradition and public mentality compared to the Middle Eastern nations, it didn’t yield a planned result.

Last year, reports informed that some prostitutes from Pakistan’s Lahore city had joined the armed men affiliated to Islamic State in parts of Nangarhar province. They served both as exerciser of Jihad-e Nikah and fighters. Yet, their arrival in scene just spread HIV virus among fighters and caused internal hostilities and assassinations.

Recently, Islamic State loyalists have declared publicly in the regions under their control that a household with two or more single daughters should devote one to Jihadists. Some young women have already undergone compulsory marriage. However, the situation isn’t as grim and consequential as it was in Iraq and Syria, where hundreds of young women and under-aged girls have unjustifiably been laid for execution over denying Sex Jihad.

On narcotics side, according to reports, Islamic State terrorist group has 50-50 stake in drug being smuggled to Europe and Northern Africa. The group profits roughly USD 33 billion each year from drug business. They are also shared in opium exports to Britain.

Islamic State struggles for billion dollar gains wherever it lives. In Syria, the group hastily drained a large portion of crude oil. Russia’s bombardment of Islamic State’s oil production fields turned their eyes to narcotics to offset the loss and balance the financial inflows.

Afghanistan’s narcotics alone could financially drive the world terrorism with its 90% production whereas the figure was 70% in early 2000s. The Islamic State in Afghanistan now seeks penetration to Central Asia– Tajikistan, Uzbekistan and Turkmenistan – as an expensive market for drug.

Afghan reports of poppy eradication are an utter lie. The poppy fields are invisibly expanding as Afghan anti-narcotics authorities have suffered many personnel loss during poppy farms destruction by drug Mafia.

Afghan ministry of anti-narcotics is dissolving into deputy directorate. The ministry has served as a symbolic institution in anti-narcotics combat; this is while Afghanistan’s poppy farms still feed the habits of addicts worldwide.

The U.S with spending $8.4 billion in counternarcotics programs in Afghanistan has not quelled the opium fields. The poppy crops thrive in Afghanistan at a time the Heroin use grows in the U.S.

The terror groups led by foreign masterminds move the flames of war into resource-precious regions. In Badakhshan province, Taliban excavators digging deeply for lapis lazuli and at the same time engaging in deforestation in Kunar and Nooristan provinces and traffic the woods to Pakistan.

Insurgents have lately eyed on Afghanistan’s timber. Armed men associated with Islamic State or Daesh have imported tree-cutting machines and selling out timbers in local markets while a large portion is transported to Pakistan.

Southern Helmand province is set on fire to distract eyes from lithium-rich areas in order to clear the way for illegal mining. The province is also the frontline of poppy cultivation.

Upper Taliban hierarchy owns and runs illegal businesses and engages in money laundering in Pakistan and Gulf region under authorized corporations. Putting an end to money laundering, drug business and other forms of extremist illegalities is the key to counter terrorism. However, this job is not feasible even for the United Nation Security Council.

The current trend of black marketing is a step stone to a more hard-line radicalism that would be difficult to get rid of in years ahead.

There are many solutions to block fund flows into extremism that are within government reach, largely helpful in declining insurgency. The world terrorism would remain a threat as long as the greedy eyes are fixed to drug, REEs, oil, gold.