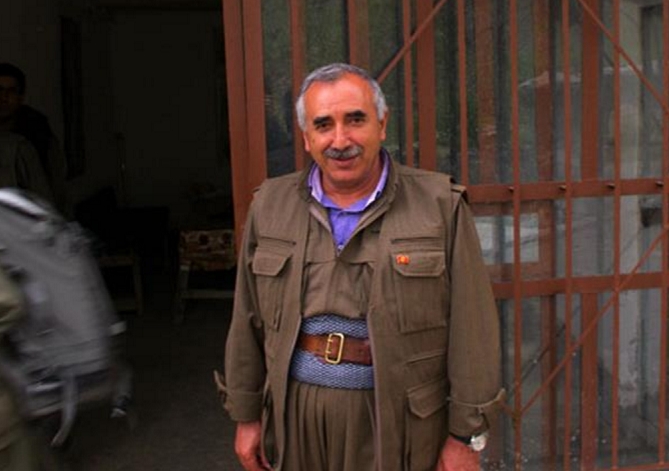 Turkey favors Syrian jihadist groups that emerged from Al-Qaeda, a top Kurdish commander has told Russian media. He claims that Ankara, along with Saudi Arabia and Qatar, have been furnishing extremists with weapons and munitions.

The support the terrorist groups have been given by Turkey is confirmed by documentary evidence, Murat Karayılan, co-founder of the Kurdistan Workers’ Party (PKK), told RIA Novosti.

Karayılan has been the acting leader of the PKK, a group considered terrorists by Turkey and the US, since its original leader Abdullah Öcalan was captured in 1999.

Turkey’s ruling Justice and Development Party (AKP) has an “ideological inter-relationship” and joint interests with the radical Islamists, Karayılan said in an interview to RIA given in the Qandil Mountains, an area in Iraqi Kurdistan, next to the Iraq–Iran border.

“Along with Saudi Arabia and Qatar, Turkey has been sponsoring jihadists [in Syria] that emerged from Al-Qaeda… These states backed and armed radical Salafi groups, which base all of their actions on sharia [law],” he said.

Turkey wants to become a regional leader and that aspiration forced it to get bogged down in the Syrian crisis, the Kurdish leader said. It was the interference of Ankara and Riyadh that stripped the Syrian opposition of the remaining democratic and moderate attributes, Karayılan added.

“In this context, the Syrian Kurds and their political parties come in sharp contrast [to Turkish political forces] due to their secular attitude to lifestyle and state structure. That’s the reason of the jihadists’ hatred towards Syrian Kurds,” Karayılan believes.

The Kurdish commander maintains that “Turkish authorities think this way: if 3 million Syrian Kurds gain independence, then 20 million Turkish Kurds would want to do the same immediately.”

To prevent this scenario and dishearten Kurds striving to form a state of their own, Turkey’s ruling AKP party would do anything within its powers, including “inciting militants of Ahrar ash-Sham and Jabhat Al-Nusra [Al-Nusra Front] to attack Syrian regions inhabited by Kurds,” Karayılan said. He added that once these groups failed to defeat the Kurds, the AKP prompted Islamic State [IS, formerly ISIS/ISIL] into attacking them, which resulted in the battle for the city of Kobani between September 2014 and March 2015.

The Kurds have “documented evidence” that the AKP, which is headed by Turkey’s Prime Minister Ahmet Davutoglu, has ties with all those terrorist groups, Karayılan said.

“We’re 100 percent positive Turkey is maintaining contact with IS, we’ve seen it with our own eyes,” the PKK leader said, stressing that meetings between top Turkish negotiators and IS members have been registered on multiple occasions.

“In this regard we fully agree with the statements of the Russian Defense Ministry,” the Kurdish commander said. Moscow says Turkey has a mutually beneficial relationship with IS, buying oil from the areas captured by the terrorist group and acting as a supply line for arms and manpower.

The militants of Al-Nusra and IS are penetrating Rojava (in Syrian Kurdistan) from Turkish territory, Murat Karayılan stressed.

The Kurdish leader specifically noted that it was due to the “persistent interference” of Turkey and Saudi Arabia that the Kurds were not invited to Geneva for the Syria peace talks.

“Those very Kurds that have been so actively battling IS and shedding blood,” the Kurdish commander said, adding that it exposed forces that actually do not want a settlement of the Syrian crisis.

The Syrian conflict is multidimensional and involves the interests of many world powers, therefore its resolution to a great extent depends on the political transformation of the whole of the Middle East, Karayılan said, estimating Russia’s air campaign aimed at defeating the terrorist groups in Syria as important and positive.

“The region needs innovation, the formation of a new democratic government control system,” Karayılan said. “Syria will never be the same again. It needs changes.”