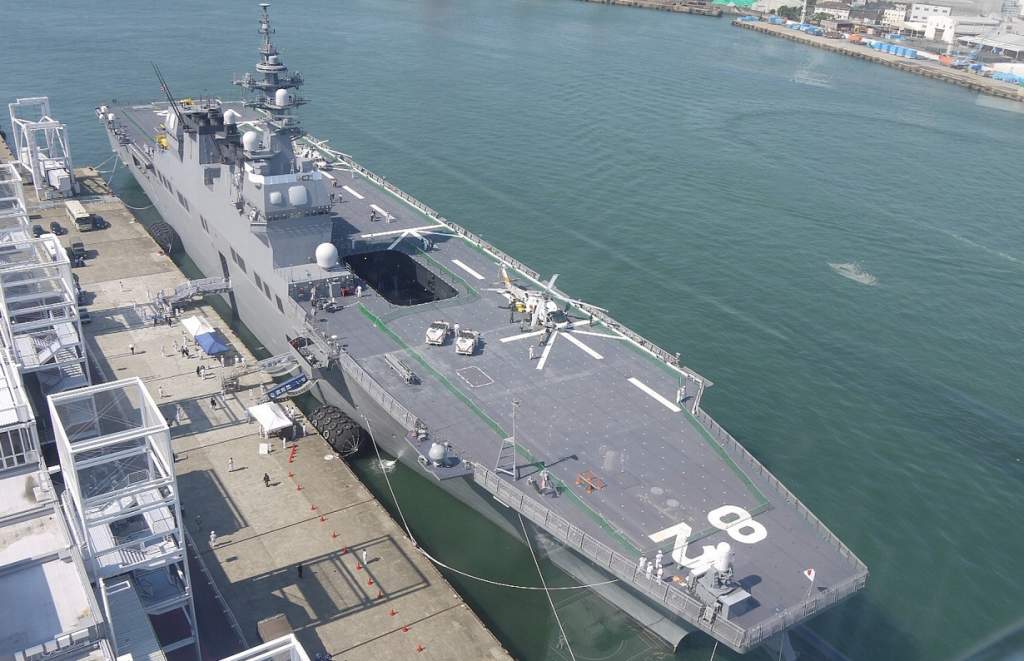 Despite its pacifist constitution, Japan plans to play a larger role in “global defense and security.” The move comes amid pressure from the United States, and likely won’t sit well with Japanese citizens already fed up with the administration’s new military adventurism.

“The world faces growing security international threats and Japan wants to play a leading role in combating this,” Keiichi Katakami, Japan’s ambassador to the EU, said in Brussels this week.

“Japan and the rest of the world are facing fresh challenges by those who choose to use force and intimidation.” 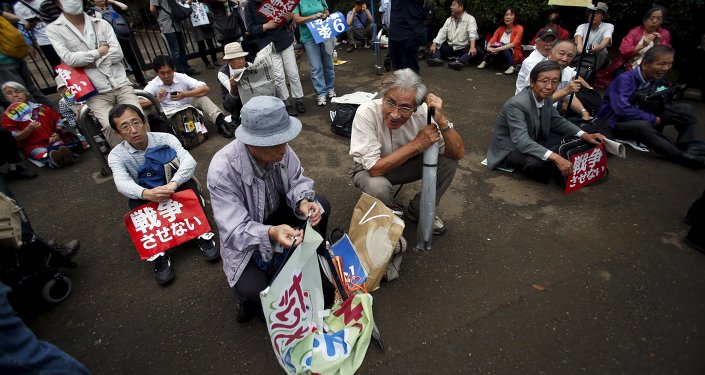 Katakami’s comments refer partly to Japanese Prime Minister Shinzo Abe’s recent approval of a $41.4 billion defense budget. This marks the most Tokyo has spent on defense since the end of World War II, when Japan adopted a pacifist clause into its constitution.

That money will go toward acquiring new ship-borne interceptors, and the upgrading of two of Japan’s existing Aegis ships. The government is also considering buying the land-based Terminal High Altitude Area Defense (THAAD) system from the United States.

Tokyo’s increased interest in military strength comes at the behest of the United States, which has urged Japan to play a more active role in combating China’s growth in the Pacific. Speaking during the same Brussels briefing, Luis Simon of the Institute for European Studies stressed that “Japan is the cornerstone of US defense strategy and force posture in the Asia-Pacific.”

“When it comes to security in the Asia-Pacific and, more specifically, in Northeast Asia, Japan and the US are concerned pretty much about the same issues,” Simon said. “One issue is, of course, the growing nuclear and missile threat posed by the DPRK [North Korea].

“But arguably the broader, and more systemic geostrategic concern for the US-Japan alliance is the geopolitical and strategic rise of China and its potential to alter the balance of power in the region.”

Washington has repeatedly criticized Beijing’s construction of artificial islands in the South China Sea. While China maintains that it has every right to build within its own territory, and that the islands will be used primarily for humanitarian purposes, the US has launched aggressive military patrols through the region.

“In order to survive, the US-Japan alliance must adapt to the changing geostrategic landscape,” Simon said. “This means a greater, joint effort in the realms of missile defense, undersea warfare and cybersecurity.”

Not everyone agrees with the Abe administration’s plans, however. Plans to expand the US military presence on Okinawa have been met with widespread protest. The island already hosts 32 American military facilities, enough to cover 20% of Okinawa’s total landmass.

The government has also seen massive opposition to its passing of a controversial bill which allows Tokyo to deploy forces outside of Japan in an aggressive military posture. Approximately 40,000 people demonstrated against the bill outside of the parliament building last September.