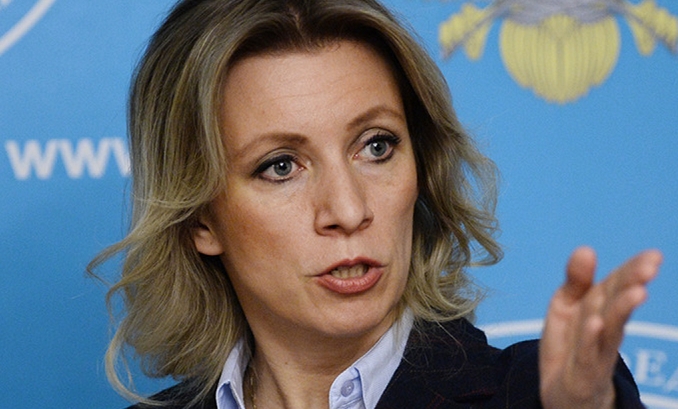 Turkey’s actions in the region are threatening Syrian sovereignty, Moscow said, adding it would table a resolution demanding its prevention.

Moscow is concerned about the escalation of tensions on the Syrian-Turkish border, and “Turkey’s announced plans to put boots on the ground in northern Syria,” Maria Zakharova, Russian Foreign Ministry spokesperson, said on Friday, adding that the situation in the region is worrying because Islamic State (IS, formerly ISIS/ISIL) fighters are entering Syria and creating terrorist bases there.

“It undercuts efforts to launch a political settlement in the Syrian Arab Republic,” Zakharova said, announcing that Russia plans to call a Security Council meeting to discuss the situation.

A draft resolution will include demands to “end any actions that undermine the sovereignty and territorial integrity of Syria, that are at odds with UN Security Council resolution 2254, as well as [interfere] with the launch of the Syrian peace process.”

In December last year, the Security Council unanimously adopted the 2254 resolution that endorsed a road map for a peace process in the Middle Eastern country. The document, adopted by members of the International Syria Support Group, outlined a nationwide ceasefire to begin in the country in parallel with a political process.

Turkey has been stepping up military activity in the areas with predominantly Kurdish populations, which include not just its own territories in the southeast, but also areas in northern Syria and Iraq. Earlier this week, the UNSC released a warning to Ankara over its actions in the region, urging it to comply with international law and stop shelling the Syrian Kurds.

However, after having accused forces linked with the Syrian Kurdish YPG militia of a deadly explosion in Ankara on Wednesday, Turkish Prime Minister Ahmet Davutoglu vowed to continue the military efforts against Kurdish groups in Syria. The Kurds denied responsibility for the attack and put the blame on Islamic State (IS, formerly ISIS/ISIL).

The Turkish Army shelled YPG positions in northern Syria on Thursday, a Turkish security source told Reuters. The same day, dozens of Turkish military vehicles crossed into a Kurdish area in Syria’s Aleppo province, with Ankara’s troops starting to dig a trench, according to the Kurdish ANHA news agency.