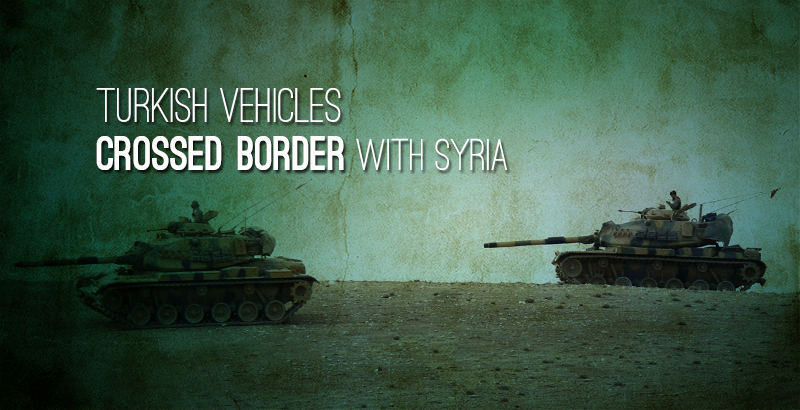 The SAA and its allies are advancing in the direction of the Idlib’s provincial capital. According to the reports, the Syrian forces are now deployed in areas near the city. The army’s new major offensive came as the Syrian air force targeted strongholds of militant groups based near the towns of Khan Sheikhoun and Mardikh on the outskirts of Idlib.

Turkish military vehicles crossed into a Kurdish area in Syria, Afin, on Feb. 18. Turkish troops also reportedly started to dig a trench between the towns of Sorka and Meydan Ekbis in the province of Aleppo. Meanwhile, Turkish artillery continued to shell the Kurdish YPG positions in Northern Syria.

On Feb.17, at least 500 Turkish-backed militants crossed the Turkish border at the Bab al-Salam border crossing heading for town of Azaz in the province of Aleppo, Syria. This group is reinforcements for militant groups have suffered setbacks at the hands of Kurdish YPG militia.

This is the second time in the recent days a large group of Turkish-backed militants has crossed the border. On Feb.14, some 350 passed through the Atme border crossing armed with heavy and light weapons.