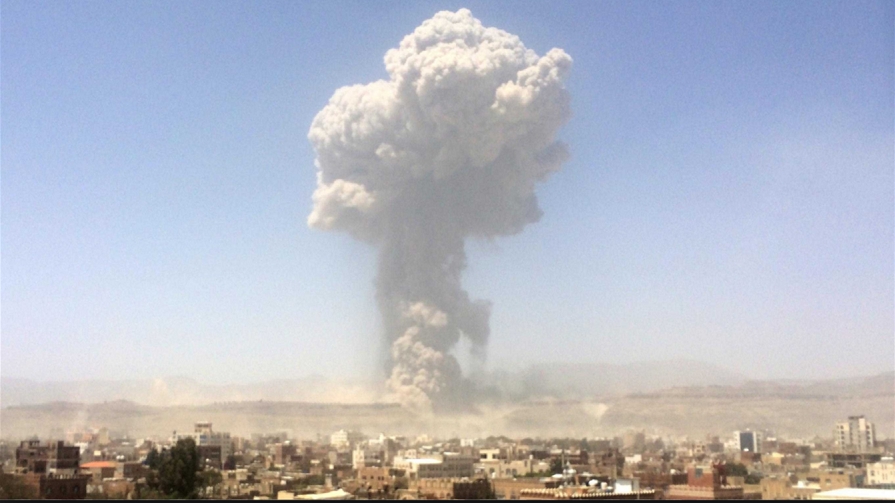 The question is not that they “Saudi, Turkey, Israel” are, have and will in the future use these small tactical nuclear devices but the real question is where did a non nuclear state such as Saudi get these things and how many more do they have.

Are they being covertly provided by the US government, Israel or is this the proof of the stolen nuclear weapons covertly removed from US government stockpiles and sold off by Israel to other nations such as Saudi, Turkey, Germany, Japan, Taiwan, North / South Korea etc. (Maybe this is why that lawyer in Great Britain (Shrimpton) got locked up for talking about loose nukes too much.)

The cover story is that they “Saudi/Israeli special forces” will take them from a NATO base in Turkey. Unfortunately that story does not fly.

That would then be considered to be a direct attack on NATO itself. This would justify a NATO / European invasion of Syria, Saudi and Turkey directly by the US and its NATO allies. If so it will have to happen before the next presidential election and next fall’s rainy season in the Middle East.

Tanks can’t drive in mud and stealth bombers don’t work  when wet. It shorts out their so called “cloak of invisibility”. Maybe a Klingon Bird of Prey would work better for them. Also the Saudis don’t know how to use, maintain, repair or program an American B-61 nuclear weapon by themselves. They would require assistance. But the Israelis sure doooo!

VT  tried to warn the world about the up coming nuclear events such as this only to quote Gorbachev, ” We tried to spoon feed the world communism only to just have it spit back into our own face by the very same people that we were trying to help.”

You can’t push a rope. We tried to warn the world about this danger and no one listened. The very same people that gave us nuclear 911 are at it again. This time it is WWIII so they can use it as cover to write off there collapsing economic system of fractional backing and gambling.

[ Editor’s note by Gordon Duff:  The story below from FARS New Services in Tehran promotes systematic disinformation on behalf of the Saudi Government in an attempt to derail accusations made by VT that stick, accusations made by VT’s nuclear inspectors who don’t speculate but have access to classified intelligence on the Saudi nuclear program.

We know that the Khobar Towers explosion was nuclear but we don’t know if the device came from a Saudi stockpile.  We do know that a nuclear attack on Yemen in May 2015 may have been Saudi although Israeli planes were still active over Yemen at that time.

Our sources tell us that Saudi Arabia bought its first nuclear weapons in the 1980s, large gun-type single stage weapons less than 20kt.  We know that nuclear weapons from the 2nd South African program were available to Saudi Arabia, the “Johan Meyer” nukes produced there by Israel and Libya but blamed on AQ Khan of Pakistan, who was in no way involved as he told VT back in 2009.

The inventories we see evidence of that Saudi Arabia seems to have include tactical nuclear weapons and in particular, neutron bombs that only Israel is producing.]

Daham al-Anzi, a prominent Saudi political analyst, told the Arabic-channel of Russia Today that Riyadh has acquired atomic bombs since two years ago and will likely carry out its first nuclear test within weeks.

Asked if he is confident about the revelation, he said, “Yes, Yes! As simple as that! We have atomic bombs. It is not a piece of urgent news. The world powers know that we have the bomb and we wanted to test it if Iran (would develop nuclear weapons and) would carry out a nuclear test.”

US sources said last May that Saudi Arabia had reached out to its ally Pakistan to acquire “off-the-shelf” atomic weapons as a nuclear arms race begins to shape up with Shiite rival Iran.

“For the Saudis the moment has come,” a former US defense official told the UK’s Sunday Times at the time. “There has been a longstanding agreement in place with the Pakistanis and the House of Saud has now made the strategic decision to move forward.”

The anonymous former official said the US did not believe that “any actual weaponry has been transferred yet,” but declared that “the Saudis mean what they say and they will do what they say”.

According to the Sunday Times report, Saudi Arabia and Pakistan have enjoyed a mutually beneficial relationship for decades. Saudi Arabia has given Pakistan billions of dollars in subsidized oil, while the latter has unofficially agreed to supply the Persian Gulf state with nuclear warheads.

“Nuclear weapons programs are extremely expensive and there’s no question that a lot of the funding of Pakistan’s nuclear weapons program was provided by Saudi Arabia,” Lord David Owen, who served as England’s foreign secretary from 1977-1979, told the weekly publication.

“Given their close relations and close military links, it’s long been assumed that if the Saudis wanted, they would call in a commitment, moral or otherwise, for Pakistan to supply them immediately with nuclear warheads,” he added.