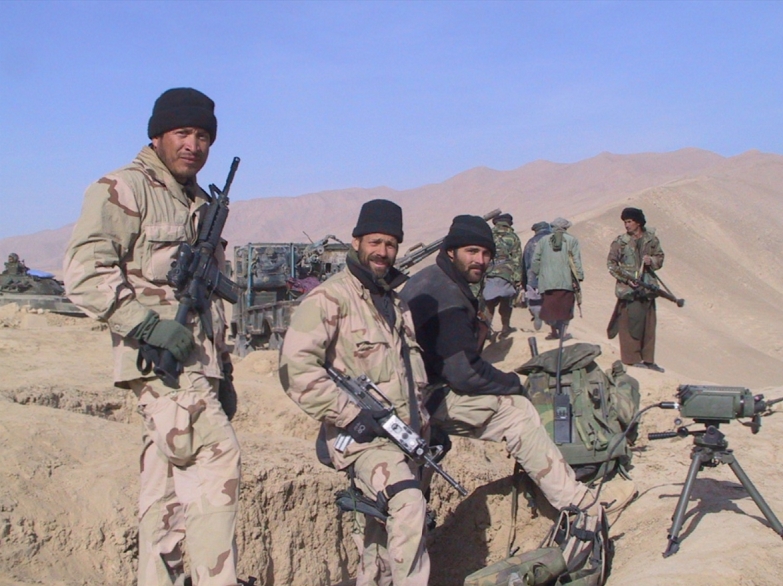 US Asks Russia Not to Target American Special Forces in Syria
–
[ Editor’s Note: VT, with both strong relationships in Syria and prominent members of the US Special Forces community, has a longstanding offer to the US government, to arrange for a Separation of Forces Agreement between the US and Syria that would allow pilots to safely be recovered and other personnel to be as secure as possible. We know for certain, we can’t say how, that the Syrian government would support this effort.
The Russians of course have always known where the US Special Forces are operating inside Syria from their signal intelligence capability. So the operational aspect to this news is the US making it public. Why now?
And the answer to that is a touche to Erdogan’s demands that the US not support the Kurds. Just today Foreign Minister Mevlut Cavusoglu demanded that the US break ties with the Syria Kurds, literally charging the US with supporting terrorism by doing so.
The Turks are so nuts here they seem to forget that the only proof they have put forth to date on the Syrian Kurds being active terrorists against Turkey is that they “might traffic arms across the board to the PKK”.  That is about as weak as it gets, and is also stupid as the PKK has no shortage of weapons and established supply lines that do not have to go through the heavily guarded Turkish lines on the Syrian border.
So a lot of cat and mouse games are being played here, with Turkey making all of these claims to justify its building a defacto security zone inside Syria. In effect it will not only be a forward staging area for supplies to the terrorist groups it is supplying but also a no fly zone protective umbrella for them.
So we have quite a game of chicken being played here with the Turks daring Syria, Russia or even the US to counter their move into Syria with military force… Gordon Duff ]
____________
– First published  …  February 19, 2016 –
The United States has given Russia information on the location of its special forces in Syria so that American troops do not get bombed by mistake.

Washington has told Moscow broad areas where US Special Forces are operating in Syria and asked Russia not to strike there, US military officials said on Thursday.

The move marks a step up in US-Russia military coordination in Syria, which the United States had previously said was limited to a mechanism to avoid accidents in the air as both countries undertake bombing campaigns there, according to Reuters.

Lieutenant General Charles Brown, the head of US Air Forces Central Command, disclosed the request at a Thursday news briefing at the Pentagon.

“We told them (the Russians) these are … general areas where we have coalition forces that we don’t want them to strike there, because all it’s going to do is escalate things,” Brown said. “It’s really just to maintain the safety for our forces that are both in the air and in this case on the ground.”

The United States announced in October it would deploy dozens of special operators in northern Syria to ‘advise opposition forces’ in their fight against the militant group, Daesh (ISIL).

A senior US defense official said at the time that the United States had not notified Russia of the special forces’ location in Syria, but was open to doing so in order to keep the troops safe.

The United States has not shared with the Russians specific locations or times of the US special operators’ movements, Pentagon spokesman Peter Cook said on Thursday.

“We provided (the Russians) a geographical area that we asked them to stay out of because of the risk to US forces,” Cook said. “Up to this point they have honored this request.”

Since September 2014, the US along with some of its allies has been conducting airstrikes against the alleged Daesh elements without any authorization from Damascus or the UN, but the strikes have failed to disband the terrorists.

On the contrary, Russia launched its own campaign against Daesh and other terrorist groups in Syria last September upon a request from the Damascus government. The airstrikes have expedited the advances of Syrian forces against militants.

Syria has been gripped by foreign-backed militancy since March 2011. According to a recent report by the Syrian Center for Policy Research, the conflict has claimed the lives of over 470,000 people, injured 1.9 million others, and displaced nearly half of the country’s pre-war population of about 23 million within or beyond its borders, Press TV reported.