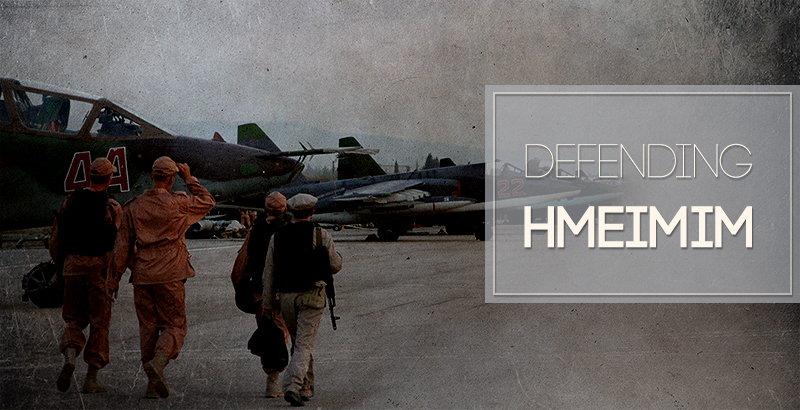 We want to thank South Front for this amazing video, perfectly timed.  The Syrian government has notified us that they believe that Turkey intends to send an armored force into Syria on Monday.  The US, Britain and France, have refused to stand behind any negotiations and have buckled under Erdogan’s pressure by opposing Russian moves at the UN.

They failed to understand the wider threat, that Turkey is not just moving on Russia but extending its influence into Europe, rebuilding the Ottoman empire where real gains can be made, into the Caucasus, the Caspian region and the Balkans.

Thus, the refugee crisis staged entirely by Turkey is taking down the EU, peeling Greece away, collapsing it economically and politically while Turkey begins its incursions across the Aegean by air to begin, more to come.

As the situation in Ukraine increasingly destabilizes, Turkey is sending in ISIS fighters, military advisors, weapons and working closely with Kiev on the manufacture and development of biological and chemical weapons to use against not just Russia, as has been reported in New Eastern Outlook’s series, now carried by the Guardian as well, on the Lugar Lab in Tbilisi, center for Turkish bio-warfare development.

Despite NATO’s moves in the Baltic, a handful of weapons to threaten Russia, this is little more than a hollow attempt to bolster what remains of European unity in the face of political moves to the extremist right, laying the ground for not just Brexit but the “Balkanization” of more than just the Balkans.

You may have this a little wrong-  the Turks have enough combat power to go thru Syria to the Jordan/Saudi in about two weeks, even with the Russian presence in Syria.  without going into why, the thing that is stopping them from doing so is the 190K person exercise in the south of Russia that started a couple weeks ago.

Turkey would not last a month with that force invading from the North. The Turks know that, and all other strategists do, too. Ask the Russians, they will confirm that.

Nukes complicate the issue, but both sides can exist on the nuke battlefield.  It’s the rest of the country that may not.  The use of small tactical nuclear weapons is possible as they were used in the past. What you put out is good propaganda and will effect the politics near range. JH.

There are two major unknown questions concerning the breakdown in relations between Turkey and Russia following the ambush of a Russian Su-24 bomber in the skies above Syria. The first is what turn of events prompted Turkey’s leadership to adopt a course of confrontation against Russia. The second is why this escalation did not come months sooner, when Hmeimim was far more vulnerable to Turkish attack or blockade.

When Russian aircraft first arrived at Hmeimim, the war was going badly for the Syrian government. The terrorists were able to make major advances during the prior months, and were close to threatening Damascus itself. Syrian forces were demoralized by their setbacks and suffering from shortages of equipment and ammunition.

The Russian air group at that point numbered slightly more than 30 aircraft, the base had no long-range air defenses, and only a small ground contingent to protect it on the ground. The bulk of the materiel for the base and for the rearmament of the Syrian army was only beginning to arrive by Syria Express ships which were busy traversing the Bosphorus in both directions.

The Russian military has not yet demonstrated its combat effectiveness or its long reach – it would do only after the air campaign reached its full tempo and began to be accompanied by cruise missile strikes and heavy bomber sorties. If Erdogan decided to launch a ground operation in Syria in September or October of 2015, when the situation presented far more tempting opportunities, Turkish forces stood a far better chance of influencing the outcome of the war in Syria than they do right now.

Several months later, the situation has changed to such an extent that Turkish intervention has almost no chance of scoring a military success.  Hmeimim now hosts over 50 aircraft, including Su-27SM, Su-30SM, and Su-35S fighters which can provide effective fighter defense against Turkish incursions.

It is also protected by a multi-layered air defense system which includes the S-400 high altitude, long-range missile system, Buk-M2 medium range weapons, and Pantsir-S short-range gun/missile vehicles which are capable of shooting down not only aircraft but also cruise missiles and guided bombs.

Hostile aircraft would also face a barrage of electronic countermeasures that would significantly degrade their ability to target Hmeimim.  The cruise missile launches by Russian naval ships and heavy bombers have demonstrated the ability to target Turkish air bases and destroy Turkish aircraft on the ground, in the event of escalation of the fighting.

Russian bases in Syria also enjoy the protection from a constant presence of a naval task force, which includes a missile cruiser armed with long-range anti-ship and anti-aircraft weapons, several anti-submarine ships, and at least one missile corvette.

On the ground, the battalion force of Russian troops is hardly the only ground protection of the Hmeimim base.  Russian military assistance, including provision of heavy equipment, munitions, and military planners and advisers, has returned the Syrian Arab Army to an effective fighting condition. In addition, the Syrian army is no longer the only military force defending Syria.

Thanks to Russian diplomatic efforts, several Syrian opposition groups have joined the government forces in their struggle against the extremists. Likewise the Kurdish units which in the past waged their own uncoordinated struggle against ISIS have now been fully incorporated into the Russian-led coalition in return for Syrian government’s political concessions.

There is also a sizable Hezbollah and Iranian presence in Syria. Considering that none of these forces are likely to defect to Turkey in the event of Turkish invasion, and that in some cases they view Turkey as their mortal enemy, the Turkish military would likely not advance very far before suffering heavy losses at the hands of Syria’s defenders.

Russian and Syrian long-range weapons now include heavy multiple rocket launchers and Tochka short-range ballistic missiles that would be deadly to Turkish armored columns advancing through narrow mountain paths under the watchful eyes of Russian drones and long-range surveillance aircraft like the Tu-214 and the Il-20.

Even the prospect of the Bosphorus blockade is not as threatening as it once seemed.  Syria Express is now mainly concerned with providing consumables like munitions and spare parts to the forces fighting in Syria. In the event Bosphorus were to be blocked, these supplies could be shipped from the Baltic Sea and, in really urgent cases, by air using the traditional Caspian-Iran-Iraq-Syria air route.

In the longer term, it is essential that Russian and Syrian forces punch a corridor through ISIS territory and link up with Iraqi forces, and there are indications that once extremists around Aleppo are neutralized, the next major offensive will be launched in the direction of Raqqa. Doing so would not only break the back of ISIS, but also enable the opening of another overland supply route through the Caspian Sea and Iran.

The strength of the Russia-led coalition which seems to have taken all outside observers by surprise is such that it is probably sufficient to deter Turkish military air or ground assault against Syria.

While we do not yet know how this happened, it would appear that Moscow was able to outmaneuver Ankara by placing a highly effective military force right under its nose in Syria and reverse the course of the war before Ankara was able to react.