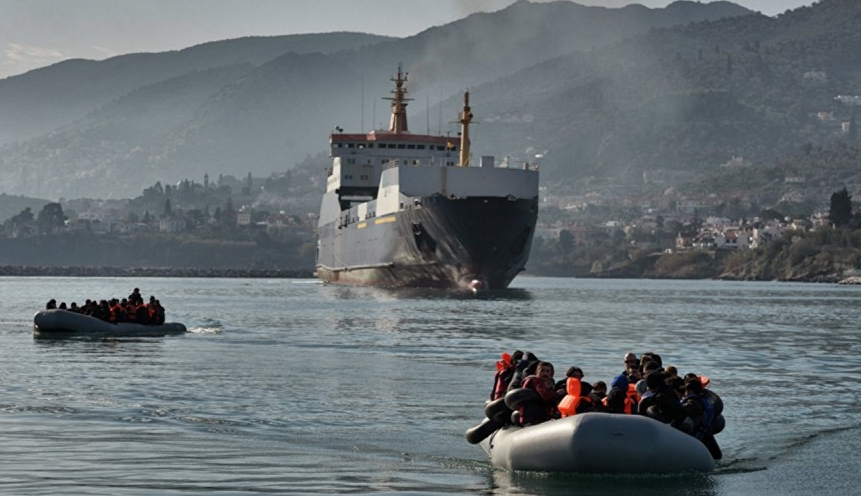 PRAGUE (Sputnik) – Europe has faced an enormous influx of migrants fleeing war and poverty in the Middle East and Africa. Many refugees use transit routes through the Balkans to reach more prosperous countries in Western Europe.

“The size of criminal business involving the transport of illegal migrants to Europe is enormous, it exceeds the turnover from the sale of drugs and weapons, making – without exaggeration – billions of dollars,” Stropnicky said in a televised address.

The Czech minister expressed skepticism toward Turkey’s and Greece’s ability to limit the number of new arrivals.

“I have no illusions that Turkey will stop at once the sale of vessels for the illegal transfer of migrants to Europe and smugglers will begin to be arrested, or that Greece will be able to identify arriving refugees on its territory,” Stopnicky stressed.

He said he was disappointed with the results of high-level European bodies in managing the migrant flows and the February 18-19 European Council where the crisis loomed at the top of the agenda.

“The number of daily refugee arrivals into European land in recent days has once again grown Significantly, reaching 5,000 people. But I do not see 1,500 European police officers [on southern EU borders], I do not see new reception and identification centers agreed on at previous EU summits.”

He further lamented the rejected proposal among Central and Eastern European member states for a “Plan B” delineation of the passport-free Schengen border along the Bulgarian-Macedonian frontier, effectively expelling Greece from the open border zone.