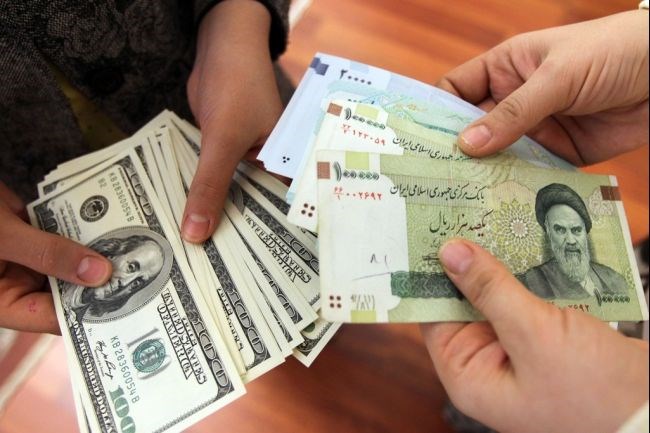 [ Editor’s note: Salman gives us a good update on the flurry of economic deals that Iran has been signing and how resulting changes in the political winds are yet to be determined.

Lost in most of these stories is how bankrupt the neoCon claims of how Iran was going to have a $100-billion “windfall” to go weapons shopping and expand its international terrorism funding.

It was an embarrassment to see Western media even publishing such drivel, and I have yet to see any printed apologies from either group. To start, the $100-billion figure was just a pie in the sky number. It was more like $60 billion, and much of that is tied up as collateral security.

Plus, left out of the NeoCon fairy tale is that Iran owes like $60 billion to domestic banks and lenders, plus “accounts payable”, so the released sanctions money is not a Santa Claus windfall to have a bit party with.

Its main cash infusion is coming from accounts receivable, especially for its big oil clients that could receive but not pay for their oil. That is where some of the cash inflows are coming from, but then much of that is earmarked for the huge backlog of infrastructure updating that needs to be cranked up as quickly as possible as all these projects will have a ripple effect inside the country.

Sure, some weapons are being bought, but that spending is focused on what Iran cannot make itself. As the Russians are doing on their sanctions pressure, they are quickly building domestic replacement for lost EU imports to where, as a result, Moscow is boasting of being self-sufficient in food.

Just yesterday, I learned how mid-level Russian cheese producers were bringing the best French talent to Russia to teach them how to make the best French cheeses, even bringing their molds with them. New lasting friendships are being formed — the silver lining of the sanctions blowback — you come out of it stronger in your domestic economy.

The US enjoyed this during our war of 1812 and the British blockade, a boon to domestic manufacturing, particularly in the Northeast. The foundation of any country’s security is a stable and growing economy. It is the well from which all other things come… Jim W. Dean ]

In its bid to end ‘global isolation’, Iranian leadership, known for its pragmatism, has been treading a very cautious path since the finalization of the US-Iran nuke deal.

Iran’s traditional ‘Russian tilt’, some believe, is undergoing a significant change and that this ‘change’ is deeply rooted in the current leadership’s ‘economic pragmatism.’

This cautious and pragmatic policy approach took a clear shape with the beginning of the Iranian President’s recent tour of Europe — a tour that is quite clearly aimed at re-opening the European market’s gates for Iran.

Even a cursory look at the 120 member strong delegation, which includes Iran’s famous entrepreneurs as well as the oil and gas minister, Iran’s President is leading clearly indicates the whole case: it is the desire to get economically integrated that is guiding Iran’s current policies vis-à-vis the West.

Hence, the question: to what extent can Iran accommodate the West and, at the same time, maintain its erstwhile good relations with Russia? This is the key question; for, without being able to effectively balance its relations with both global actors, Iran may find itself between the ‘devil and the deep sea.’

The diplomatic test for the Iranian leadership is, therefore, to strike a balance between the two and secure its own national interest too.

While the existence of some policy differences between Iran and the West, especially those with regard to the Syrian question and Yemen crisis, cannot be denied, the crucial importance of the recently held many meetings between the Iranian and European officials cannot be denied either. Frequency of meeting at the negotiating table indicates, more than anything else, the seriousness of the political and economic bargain going on between the parties.

The roots of today’s ‘goodwill’ prevailing between Europe and Iran can be traced back to the P5+1 negotiations on Iran’s nuclear programme.

However, neither does this ‘goodwill’ overcome the policy challenge Iran is facing and will keep facing with regard to its involvement in the crucial geostrategic conflict in the Middle East, nor does this easing down of tension between Europe and Iran override Europe’s concerns over Iran’s strategic partnership with Russia in the larger global strategic calculus.

Therefore, while Iran seems to be aiming at striking a balance between ‘the East’ and ‘the West’, the West seems to be putting pressure on Iran to completely wean it away from the Russian and Chinese axis.

This is evident from the way France’s position has dramatically changed vis-à-vis Iran. For instance, at critical points throughout the negotiations, France had taken hardline positions more extreme than even the United States.

However right after the nuclear deal, France’s foreign minister Laurent Fabius traveled to Tehran; with the seeming aim of positioning France at the forefront of countries seeking to clinch business agreements with Iran.

While the West seems to be luring Iran to itself by offering the later an economic opening, Iran’s own calculations also appear to be dictating the policy steps it can take under the circumstances. With a very weak economic position and the oil prices already reaching historic lows, Iran does not seem to be in a position to ‘refuse’ an economic opportunity the West is currently offering it.

The West, on the other hand, also stand to benefit from Iran once the latter’s oil starts reaching the former’s markets. In this regard, a number of European countries have been sending positive signals since the finalization of nuke-deal.

For instance, senior officials of major European countries, accompanied by big trade and economic delegations, started their visits to Iran soon after the conclusion of the nuclear deal. Germany was forerunner of improving ties with Iran, which first sent its vice chancellor followed by its minister of foreign affairs to Tehran.

This was followed by visits to Iran by a number of economic and trade officials from various German states, who were also accompanied with big delegations. France and the UK also sent their foreign ministers at the top of political and economic delegations to Tehran.

Italy, as the fourth biggest European power, also sent a major economic delegation along with two state ministers to Tehran. In addition, the European Union’s foreign policy chief and chairman of the European Parliament have paid visits to Iran during past months.

One of the most important issues of interest to Europe in this regard is the issue of energy. Europe is seriously trying to diversify its energy sources and transfer routes in order to make sure about security of energy supply by reducing its reliance on the Russian oil and gas; therefore, ensuring a safe and more economical route for transfer of energy for its own weak economy, especially natural gas, from Iran to Europe is on its high priority.

Not a long time has passed since the beginning of the implementation of JCPOA, but European countries have already begun oil trade with Iran and the biggest oil refinery in Greece has signed the first oil contract with Iran subsequent to the removal of sanctions against Tehran.

Similarly, during the Iranian president’s visit to France and Italy, seven big contracts were signed — a clear indication of how ‘deep’ Iran is aiming at taking its relations with the West.

Some of the contracts signed include: the €22bn deal with the Airbus, which is certainly one of the largest foreign contracts ever signed in the history of the Islamic Republic; a €5.7bn contract with the Italian metal industry firm, which will supply heavy machinery and equipment to Iran; €3.5bn deal with an Italian oil and gas contractor to revamp and upgrade the Pars Shiraz and Tabriz oil refineries; €400m deal with a French carmaker for a joint venture with the Iranian vehicle manufacturer Khodro to modernise a car factory near Tehran; an agreement with the oil giant “Total” which will buy as many as 200,000 barrels of crude oil per day (€6.6m at current prices).

This is, in itself, enough to suggest how Iran’s weak economy is actually steering its foreign policy options vis-à-vis Europe—a continent that was only a year ago Islamic Republic’s ‘greatest foe.’ However, the change that we are witnessing today is one classic example of how national interest shapes, if not fully determines, foreign policy options.

Although it cannot be said that Iran will strike a full strategic shift towards the West at the expense of its relations with Russia, the recent developments unambiguously demonstrate that Iran is certainly balancing itself between Russia and the West.

The challenge for the Iranian leadership, however, is this: not only does Iran have to balance its position between Russia and the West, but it also has to balance its precarious geo-strategic tussle in Syria and Lebanon with its newly established economic relations against and with the West respectively.

The case is clear enough: if Iran needs access to European markets to re-establish its economy, Iran needs Russia to stay strategically alive and relevant in the region. Pragmatist as it is, Iran’s leadership does not seem to be unmindful of the crucial importance of maintaining balance between its strategic and economic interests.

Given Iran’s strategic position in the region, it cannot afford to lose Syria. However, were it to lose Syria, it would lose direct territorial access to Lebanon too. Such a loss would amount to a strategic defeat against Israel—a scenario that Iran’s leadership can least afford given the country’s strategic and religious culture.