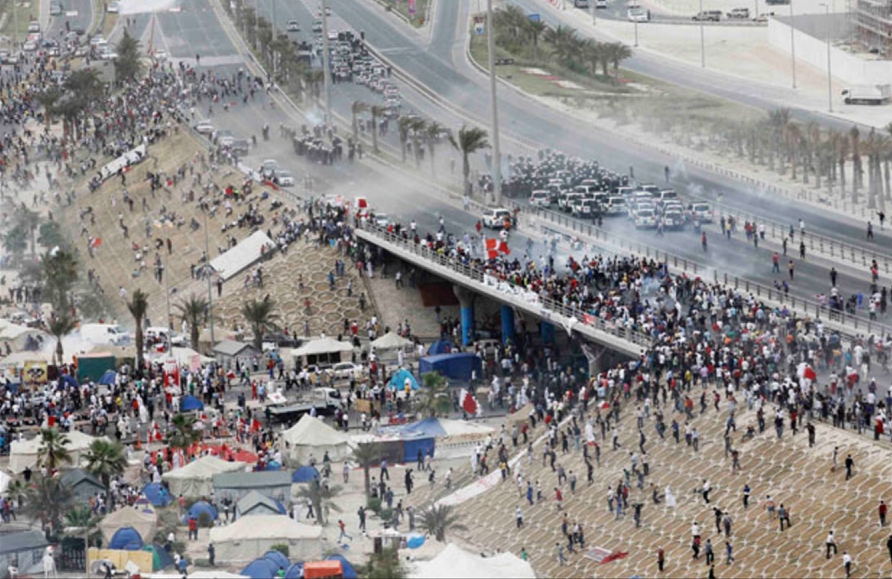 Alex de Waal is the executive director of the World Peace Foundation and a research professor at Tuft University’s Fletcher School of Law and Diplomacy.
–
Sarah Chayes is senior associate in the Democracy and Rule of Law and South Asia Programs at the Carnegie Endowment for International Peace. She is the author of Thieves of State: Why Corruption Threatens Global Security.
____________
–

For half a century, the Kingdom of Saudi Arabia has been the linchpin of U.S. Mideast policy. A guaranteed supply of oil has bought a guaranteed supply of security. Ignoring autocratic practices and the export of Wahhabi extremism, Washington stubbornly dubs its ally “moderate.”

So tight is the trust that U.S. special operators dip into Saudi petrodollars as a counterterrorism slush fund without a second thought. In a sea of chaos, goes the refrain, the kingdom is one state that’s stable.

In fact, Saudi Arabia is no state at all. There are two ways to describe it: as a political enterprise with a clever but ultimately unsustainable business model, or so corrupt as to resemble in its functioning a vertically and horizontally integrated criminal organization. Either way, it can’t last. It’s past time U.S.decision-makers began planning for the collapse of the Saudi kingdom.

In recent conversations with military and other government personnel, we were startled at how startled they seemed at this prospect. Here’s the analysis they should be working through.

Understood one way, the Saudi king is CEO of a family business that converts oil into payoffs that buy political loyalty. They take two forms: cash handouts or commercial concessions for the increasingly numerous scions of the royal clan, and a modicum of public goods and employment opportunities for commoners.

read more at Defense One or commentary from Sputnik News below:

Riyadh on the Brink: US Must Prepare for Collapse of its Mideast ‘Lynchpin’

The United States must start thinking of ways to mitigate the damage from the approaching collapse of the current Saudi Arabian monarchy.

A codependence between the Kingdom of Saudi Arabia and the US has existed for decades. A scheme in which oil from the Saudis was exchanged for US military might worked well for both. It worked so well, in fact, that the US turned a blind eye to consistent human rights violations in the kingdom, as well as the spread of Wahhabi religious extremism.

Unfortunately for America, this formula has an expiration date. Several factors predetermine the collapse of the current Saudi Arabian ruling monarchy, according to Defense One.

The first is that it operates more as a “family business” than an actual state, where the king, aka the CEO, converts oil into payoffs to buy political and military loyalty. It is widely accepted that the system is corrupt and cannot endure. What happens when the price of loyalty rises and a ravenous elite doesn’t limit its appetite now that oil prices keep dropping? The monarchy will face political insolvency.

Saudi citizens have begun to show hints of discontent with the heavy-handed ruling elite, especially those members of the Shiite minority. The highly educated Sunni majority is also showing dissatisfaction with the cake crumbs it is accustomed to receiving. And Saudi officials, exploiting ‘guest workers’ who currently heavily outnumber citizens and may soon see those indentured servants begin to claim rights.

In countries such as Nigeria, Brazil or Malaysia, when people protest government corruption, heads of state resign. Saudi King Salman’s ruling methods include executing dissidents, embarking on foreign wars, and whipping up sectarian rivalries to discredit Saudi Shiite demands. These and many other social issues, including the treatment of women as second class citizens, only contribute to the disaffection.

According to Defense One, there are three ways things could play out. One is a factional struggle within the royal family when it runs out of money, resulting in a new king who either continues the old ways or attempts reform.

Another possibility is additional foreign wars, as war is a popular option among the desperate to direct attention away from themselves. One war, against Yemen, is already in progress. The monarchy has hinted that it will fight in Syria as well.

Or there could be insurrection. It’s unlikely, as the ruling party holds all the resources, but it must, nonetheless, be considered. The US must be prepared for any of these scenarios and not get caught flat-footed when its Arab lynchpin in Mideast policy comes apart.