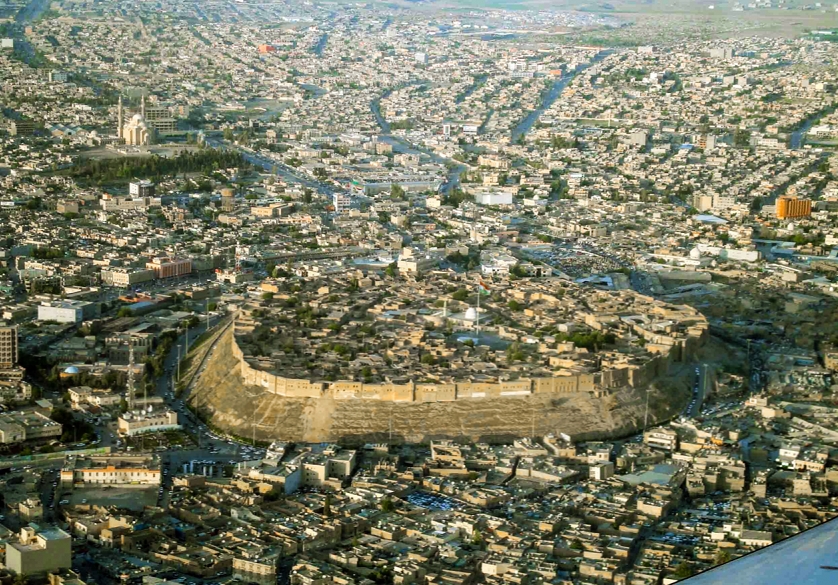 [ Editor’s Note: Dear readers, this is just a fabulous piece of work here. If you were able to only read one thing today, this would be my recommendation, even over my own work. Having material like this to work with is one of the joys of being an editor… Jim W. Dean ]

I thought about writing this essay when I was working in Iraqi Kurdistan, not far from the city of Mosul, one of the areas overrun by ISIS. Since my last visit at the end of 2014, the entire “Kurdistan Region” has been collapsing.

Unemployment has been on the rise, unofficially reaching 50%, poverty is rampant, official numbers are massaged. Salaries have not been paid for months, and the influx of refugees arriving from Mosul are often in near starvation, relying only on their relatives and friends for help.

But the West has been singing the praises of this obedient part of Iraq. It is because – like several countries in Africa or Indonesia – the Kurdistan Region has been willing to sacrifice its own people. As long as Western and Turkish corporations could fill their coffers here and as long as they were satisfied, why bother with the local people and their misery?

There is one reality – one that could be seen and confirmed, one described by the local population, if one would bother to listen. The second reality is that constructed by Western propaganda. Here, the Kurdistan Region has been portrayed as safe, secular, democratic and friendly towards the West.

At night in Erbil, I tried to watch the news. I could not find any familiar channels: RT, PressTV or TeleSUR. The Syrian army was finally liberating the city of Aleppo. Russia was providing air support. Hope was slowly returning to a country that has been totally ruined by Western, Turkish and Saudi interests and by several, directly NATO manufactured, terrorist groups.

Thanks to the Syrian-Russian coalition, more than one million internally displaced people have already been able to return home. I got this information first hand, because I am based in Lebanon and work all over the Middle East. And I can testify that the coverage provided by the best “alternative” media outlets, such as the RT, has been consistently detailed and objective.

Now, being stuck in this extremely uninformed pro-Western enclave, I was in need of an urgent update. But my hotel only allowed those official propaganda outlets of the Empire like CNN, Fox and the BBC – outlets beaming their vitriolic propaganda 24/7.

Both CNN and BBC were blasting visuals from the Syrian-Turkish borders. The narrative was the same on both channels: people are fleeing Aleppo, trying to cross into Turkey to save their lives. Turkey “does all it can to help”.

Syrian and Russian gains were portrayed as a disaster, a true calamity. These two television stations are influencing billions of people worldwide, dictating how the most important events should be perceived on all continents. They are manufacturing one uniformed narrative, one dogma.

As I gazed at the screen, it suddenly occurred to me that the world now has two realities: a true one, consisting of human stories and testimonies, and one “hyper reality”, twisted and manipulated, but increasingly dominant. No good deed, no objectively positive event could bring optimism and joy to the people of our planet, if it is against the interests of the Empire. The propaganda media would simply bathe it in filth and nihilism, as well as dark sarcasm.

Images of a group of refugees at the Syrian-Turkish border, with a perfectly tailored propaganda narrative repeated again and again by the BBC announcer, are so tailored as to convince the world that the Syrian and Russian initiatives have not been saving Aleppo, the most populous Syrian city, but on the contrary, they have been destroying it!

After two minutes of watching the “news” on the BBC, I began to feel unwell. The contrast between Reality as I have witnessed it with my own eyes, and the farce, was too great. I wondered, how those journalists and reporters who serve the Empire, can face themselves in the morning, looking into the mirror.

I turned off the box and opened the RT site on my computer. It was so easy. It was still so easy! At least for me and for those who were still not contaminated!

You come to Ecuador, a country on the rise, with its brilliant public places, medical posts and endless cultural institutions, but you are soon told that the nation is corrupt and unwell. You reply that you knew it before, decades ago, when it was like Peru, racist, depressing, dirty and totally against its own people. They still insist: it is a failure; immediate change is needed!

You go to Brazil, to the Amazonia. You talk to people in the jungle and in what used to be appalling urban slums. People tell you that things are now good, that they are much better off than before, with a socialist government in place for so many years. But then you turn on O Globo at night, and it is all shit once again.

You are in Zimbabwe, where you are told to expect filth and misery. You come from pro-Western Nairobi where over 50% of people live in horrible slums. In Harare, Zimbabwe’s capital, there are almost no slums, but there is culture and public projects, as well as the highest literacy rate in the entire African continent. The city is clean. But you read the Economist and almost all other major British publications, and you are told that the country is in ruins.

You go to China… Everything is upside down from what you would expect, reading the Western press. In the PRC you see clearly an extremely forward-looking Communist nation, with much more intellectual and artistic freedom than what you would encounter anywhere in Europe, and also with many more possibilities.

But when you return to Paris or London and speak of what you really saw, you are laughed at. Pseudo reality has won. Especially in the West, almost everyone is hooked on it, stoned by it.

Humble and genuine reality is spat on, humiliated, ridiculed, and not only by the media and propaganda outlets, anymore. The great majority of those common people of the West are now submissively and self-righteously volunteering: they feel that they have to demonstrate their allegiance to the narrative of the regime.

They do it, while bragging loudly about democracy, freedom and liberties in their part of the world. Paradoxically, the more brainwashed, servile and un-free they are, the louder they promote themselves as the true and only flag carriers of democracy. It all feels so fascist and hopeless!

Two realities: one genuine but beaten into silence. The other one – loud, aggressive, supported by billions of dollars, but based on lies, manipulations and Machiavellian goals. To use the words of my dear friend Eduardo Galeano: What can those who still have some dignity left, philosophers, reporters, writers and filmmakers with passion for that beautiful lady called Reality, do?

They can, they should, and they are obliged, to repeat again and again what is obvious even with an unarmed eye. They have to tell the truth, even if the indoctrinated masses would relentlessly spit in their faces.

It is not so difficult, and it goes like this: Iraqi Kurdistan betrayed the Middle East and it is now collapsing, abandoned by its Western handlers. Syrian forces and Russia are, right now, liberating the great Arab city of Aleppo.

Latin American revolutions are injured mainly from the outside, and also by those 5th columns inside their own countries. But many of them are still standing, solid. We will fight and defend them until our last breath. And we will speak about and write about them, with passion, relentlessly.

Jaroslav Seifert, a Czech poet, Nobel Prize laureate and author of some of the most beautiful lyrical verses written in the 20th century, once shouted at his fellow authors:

“A writer is the conscience of his nation … If anyone omits the truth, it could be seen as a strategic maneuver. If a writer omits the truth, he is a liar!” Writers and true thinkers are obliged to defend reality: that real one, that shy and genuine one.

And the truth is, there is only one reality! What the Empire and its propaganda has managed to manufacture as the “second” or “parallel reality”, is nothing less than a destructive narrative, which is there to prevent people from thinking, comprehending, and most importantly, from dreaming about a much better world that is based on humanism, truth and justice.