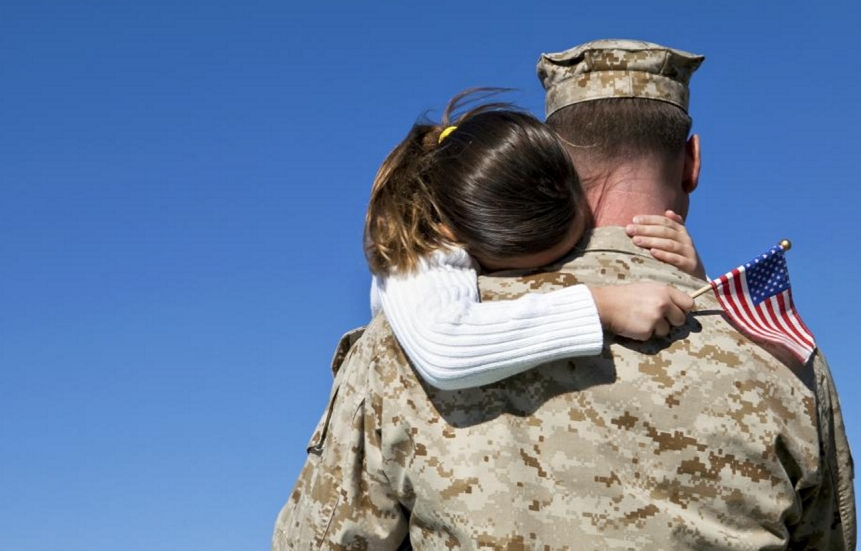 By Christopher B. Kuch, PhD for Veterans Today

Freedom is a great word that Americans love to use.  But only a select few are willing to give 24/7 for years to protect and give their limbs and lives for it.  Yes, our police and fire personnel are on the front lines at home, but overseas these brave men and women sacrifice their time, body, and sometimes their life for causes they may or may not believe in. Yet, after the Vietnam War we have taken away their benefits by stopping free higher education, discounts on home loans, and provide at times sub-par health care.  Many of these veterans are homeless from mental anguish suffered during their time of service or a lack of getting a job in America’s poor economy.  Both political parties are to blame, albeit one more so than the other.  How can we better support our veterans with tight federal budgets and no desire to increase taxes?  One simple solution, sure to get much hate email from the left is to abolish one federal agency that is not constitutional to begin with.  That is the Federal Department of Education.  Education under the constitution is a state responsibility not federal. “The federal role in education is limited because of the Tenth Amendment (ed.gov).”   So let’s examine why this should be done based on the constitution.

The Constitution and Education

The Department of Education was created in 1979 by an act of congress with Jimmy Carters strong support. The only way to eliminate it would be anther act of congress.  The act was created solely as a result of the U.S. teacher’s Union endorsement for President Jimmy Carter’s reelection campaign in 1979 (nationalreview.com).  It did not get him reelected because of the Iran Hostage takeover of our embassy.  Republicans have since been trying to abolish this department with no luck.  They are labeled as anti-education or anti-labor.  So they back down when it really becomes a fight.   Even democrats are afraid of the teacher unions so they don’t even attempt it.

One presidential hopeful, Senator Rand Paul, has pledged to do just that if he is elected.  He cannot do it by executive order, but rather congress must pass it and then he could sign the bill (businessinsider.com).  He would not reduce Pell grants, basically free college tuition, but would move control of that money to another department.  His libertarian views are transcending the two main political parties and making them think more about veterans than just lip service.

Supporters of a Federal Education Department

The U.S. Department of Education states its goal is “Our mission is to promote student achievement and preparation for global competitiveness by fostering educational excellence and ensuring equal access (ed.gov).”  This can, was, and is done by the states.  A replication of providing educational policy and control at the tax payer’s expense.  Every single goal, outcome, guidance policy, grant money reimbursement can is done by the states.  Why should states send educational money to Washington, then receive a share back?  Why not send property taxes to the state capitol and have them send the money back to each school district in that state.  Thus eliminating overlap, overhead expenses, and federal bureaucratic payroll.

Why it should be Back with the States

Supporters of eliminating this department argue that it is better for parents, local and state governments to decide what classes and curricula should be given to their children.  Most of the states prefer a conservative tone towards social issues.  Such as traditional family values and the power of the states over the federal government.  While the liberal states such as California and most New England states prefer a progressive based education mix. These states are more apt to create rights that were not guaranteed under the constitution and also have a more active form of federal government.

For us constitutionalists we believe that following the basic document should be applied to every law and that only congress can make laws. It is only for the Supreme Court to decide the constitutional merits of each law and not create a new right for some group.  That’s not to say that our society has changed and we can’t change the way we live or interact with each other.  It is that there is a method for us to have legally accepted change.  When the constitution was made, schools were not abundant nor were universities common.  However the 10th amendment provides a remedy to place or give power for new institutions or needs when society changes.  Such as in the case of privacy concerning the governments use of monitoring citizens cell phones.  Or the issue of marijuana use.  We will never have a perfect society and never had one.  Nor has there ever been a perfect one on this planet. But America is, perhaps, the best we can do on this planet so far (Kuch, Christopher B. 2015).

Money Saved and used for Veterans

This money can be spent on a lot of veteran’s needs.  First, we could build temporary shelters on military bases within the U.S. as “after discharge housing.”  Most often it is the first several months that a veteran becomes homeless.  Practically all the time veterans are in an inactive reserve status after discharge from 2 to 3 years.  We can use this money from the defunct department of education to buy the parts to build these housing units.

The active duty soldiers are already being paid so they can build them for free.  We have construction units contained within all four branches of the military.  Should a veteran need a place to sleep during the first six months he/she can stay there for free getting him or her off the streets.  After six months if they cannot find employment they can always go back into the military fulltime.  This is another step to resolve veteran homelessness besides stopping or reducing foreign aid and shifting that money to provide homeless veterans a place to sleep (Ole Glory, USA. 2016).

Secondly, we can use this money for free college or university tuition for the veterans. Veterans can be placed ahead of foreigners on entrance admissions if they have the ability to successfully complete higher education courses.  This can be done by a federal mandate that Americans should come first for higher education entrance before foreigners at any state college or university.  This can be done by withholding federal money (all state schools receive federal money). There are many foreigners attending American universities that don’t like America and Americans as witnessed while I completed my doctoral classes at The Pennsylvania State University.

There are several VA educational bills. The GI Bill, Korean GI Bill, Post-Korea Bill, Vietnam-Era GI Bill, VEAP, REAP, Montgomery GI, and Post-9/11 GI Bill.  VEAP only pays 66% of tuition if you contributed 33% while you were in the armed forces.  REAP ended November 25, 2015 and was based on service members contributions.  Some members are still eligible although most are not. The Montgomery GI Bill required service members to pay $100 per month for one year and then they would receive a monthly allowance for school.  The Post-9/11 Bill is a totally free tuition package as we Vietnam Era Veterans received (fas.org).

Lastly, we can do better with our health care for veterans. Regional hospitals can be built and if a veteran’s hospital is not within driving distance the veteran can be given a universal health care card to be used at a local hospital for any condition.  Yes we veterans can go to a local hospital in an emergency and be seen and treated, but often times it is easier and closer than travelling to a VA clinic for general checkups.  These general checkups and non-emergency visits should be available to veterans at a nearby non VA hospital.

Both political parties bare responsibility for the burgeoning federal departments along with their continued support. As Dr. Berthoud said “I simply cannot understand how anyone ever could have imagined that a federal Department wouldn’t grow, that it wouldn’t squander valuable education dollars, or that it wouldn’t impose real burdens on local communities” (Heartland.org). Whether it is PAC money or big business that has an interest, we need politicians that will reign in the federal government.  Veterans should take preference before foreigners at our state universities.  Abolishing the department of education can shift the control back to the states and provide the desires and wishes of the citizens of each state.   Concerns about discrimination can continue to be monitored and prosecuted by the F.B.I.  The vast amount of money saved from this bureaucratic octopus can be utilized to assist veterans with gaining employment, housing assistance, education tuition, and health care.

Kuch, Christopher B. “How did America become so Great?” Veterans Today. December 29, 2015.

Dr. Kuch holds a PhD, MA, and MS and has taught for over twenty five years.  He has written numerous articles about policing, terrorism, and border security. He served four years in the U.S. Navy during Vietnam.