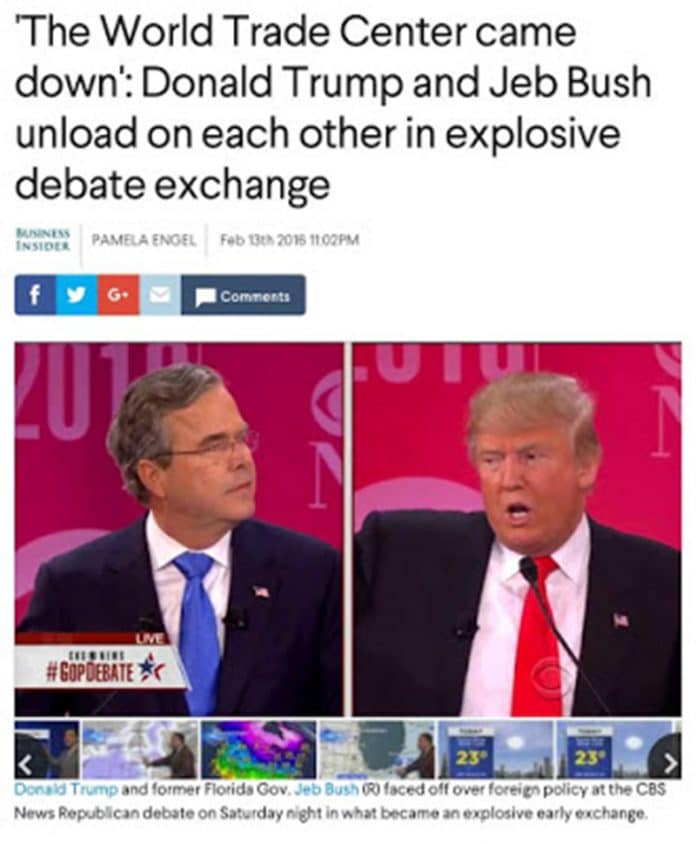 Trump kept right on blasting Jeb Bush and blaming George W. Bush for 9/11…until Jeb dropped out of the race. Check out my new Press TV interview:

and these mainstream stories:

‘The World Trade Center came down’: Donald Trump and Jeb Bush unload on each other in EXPLOSIVE debate exchange

9/11 was your brother’s fault! Trump’s extraordinary assault on Jeb Bush

During the first 15 minutes of this show, Rick Shaddock of ANETA.org — who campaigned for Trump in Iowa and has repeatedly raised the issue of 9/11 truth with Trump and his son — weighs in.

The final 45 minutes includes Jack Blood‘s recent interview of Kevin Barrett. The topic: False flags in general, and the 2015 Paris and San Bernadino PR stunts in particular – the subject of Kevin’s recent books: