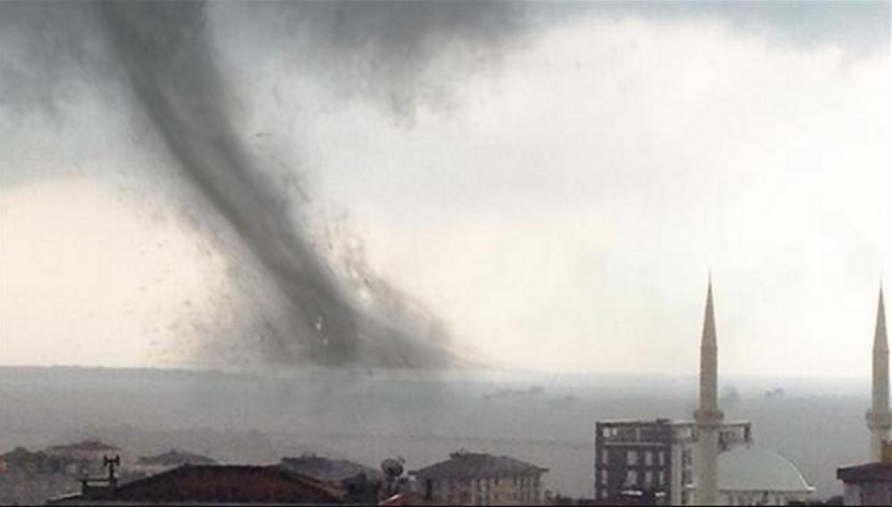 By DAVID ROMANO for Rudlaw, Erbil

Wednesday’s car bombing in Turkey killed some twenty soldiers and eight civilians. Before the smoke had even cleared from the scene, President Erdogan and Prime Minister Davutoglu announced that the attack had been carried out by a member of the Syrian Kurdish People’s Protection Forces (YPG). Within a few hours of the attack, in other words, Mr. Davutoglu was saying “A direct link between the attack and the YPG has been established,” and that Turkish security services had already established the identity, birthplace, personal history and political affiliation of the alleged bomber (Salih Necer, a 24-year old citizen of Syria). The alacrity of their detective work seems beyond impressive.

Perhaps Justice and Development Party (AKP) supporters have become dumb enough, or so used to accepting even the most unlikely stories repeated endlessly by a controlled media (“the audio tapes are a montage!” or “it’s the international interest rate lobby!” or “these kind of mining accidents are normal!” or “All these people were part of the Ergenekon plot!” or “That was humanitarian aid for Syrian Turkmen!”), that they will accept this story as well. The international community and Turkey’s allies, however, may not be so easily duped. They may recall how with hours of the October Ankara bombing, which killed 102 Kurdish and Leftist activists, Mr. Erdogan also pointed the finger at “Kurdish terrorists.”

That attack – the deadliest terrorist bombing in Turkey’s history – along with the recent Istanbul bombing that killed ten German tourists, turned out to be the work of the Islamic State (ISIS), of course. The same ISIS that Turkey turned a blind eye to for all those years, sowing the wind with any Jihadist who wished to cross into Syria and fight both Assad and the Syrian Kurds. The same ISIS that has controlled territory on the Turkish border since several years, yet was never so much as inconvenienced by a single Turkish artillery barrage. The same ISIS that controls Jarablus and the area around it, benefitting from Ankara’s threat to intervene if the Kurds of the PYD move West of the Euphrates to take these lands. The same ISIS that has now begun going after Turkey in a sort of mad-dog response to Ankara’s new (and very modest) support for the American-led coalition campaign against it. They that sow the wind, shall reap the whirlwind.

Just because the previous attacks were carried out by ISIS does not mean this latest one was as well, of course. The target on February 17 was a military convoy, and the large majority of the casualties were soldiers. The PKK denied any responsibility for the attack, but military targets are fair game in guerrilla war and this would fall in the same category as roadside bombs aimed at military convoys or attacks on military bases and housing – all things the PKK did claim responsibility for in the past. In a war in which government security forces burn to death scores of Kurdish civilians trying to take shelter in a basement in Cizre, this too could be the whirlwind that the AKP government has sown, with a good deal more to come. These whirlwinds too often claim the lives of people who had nothing to do with sowing the wind, from poor conscripted soldiers to Kurdish civilians and youth with nowhere else to turn.

One of the few things that seems reasonably certain, however, is that the PYD was not behind the attack. Everyone knows that Ankara has been casting about for a solid casus belli to invade northern Syria and attack the PYD. This is more true than ever since a few days ago, when PYD forces in Afrin began moving eastwards, taking land from Jabhat al-Nusra and other Syrian rebels in a bid to link-up with the cantons of Kobane and Jazire. For days now Turkey has been hitting PYD-controlled areas with artillery in a bid to slow the Kurdish advance in Syria, but as with past instances of Turkish artillery fire into the Kurdish cantons, the PYD refrained from firing even a single bullet back towards Turkey. This remains the case even as Turkey openly shuttles some 800 of its Syrian Arab lackeys – including many Jihadis – through its border near the town of Azad, in a bid to reinforce areas the Syrian Kurds are advancing on. For the PYD to bomb Ankara at the very moment that Mr. Erdogan’s government needs an excuse to invade seems more than a little unlikely.

Of course, none of these details matter for a regime that tries to conflate ISIS, the PKK, the PYD and other groups into a one-size-fits-all terrorist category. The only problem for Ankara is that the Americans won’t buy such an argument. Without the Americans, Turkey seems unlikely to invade Syria and risk an unsupported confrontation with Russia, Damascus, Teheran, Hezballah and the PYD. Heck, Turkey might even have to fight ISIS for the first time if they go into Syria…

David Romano has been a Rudaw columnist since 2010. He holds the Thomas G. Strong Professor of Middle East Politics at Missouri State University and is the

author of numerous publications on the Kurds and the Middle East.