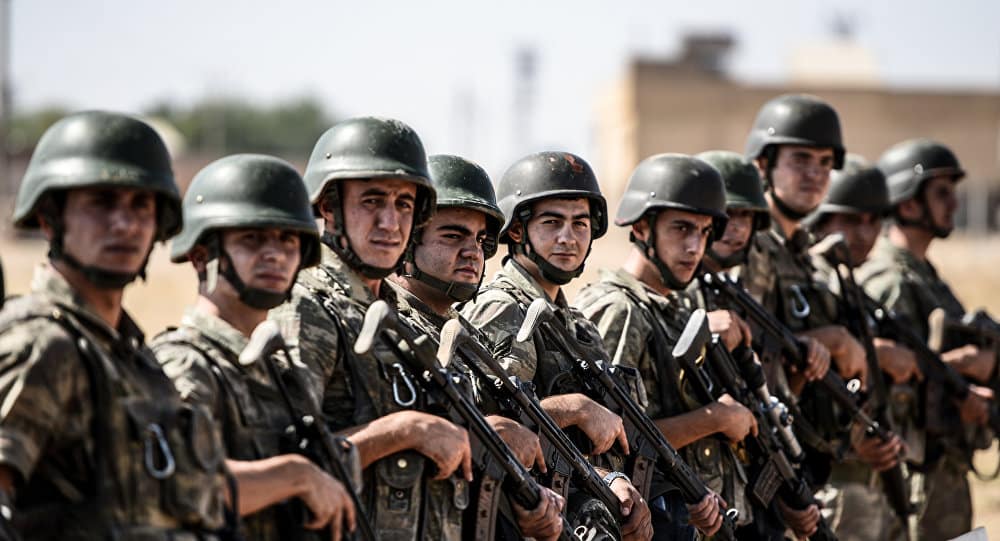 [ Editor’s Note:  The worm continues to turn on both Syria and Turkey. As the red line of a wider war gets closer, people who would not normally speak out sometimes do. Often they come from retired past leadership ranks and are not restricted by being in a military command structure with its tight rules.

But in Turkey, speaking out on political and military matters is a risky business, as we have many examples of the Erdogan gang using the prosecution power of the state to silence critics. The General chose his words carefully below, sharing his concerns about what could happen in the current tensions if a major miscalculation is made.

He uses a strong closing line in his interview, “I think that if Turkey still dares to take this step and invade the territory of Syria, the consequences will be irreversible.” This is a man sending a clear message that the testosterone needs to be turned down and cooler heads prevail.

We have already seen Erdogan jump the gun by instantly blaming the Syrian Kurdish YPG for the big military target bombing in Ankara, and the bomber has turned out not to be Syrian at all. Erdo was exposed as a loose cannon again. Turkey is badly in need of a coup to restore democracy and law to the country to a non military new government before the Erdogan gangsters lead it to ruin… Jim W. Dean ]

The former head of the General Staff of the Turkish Intelligence Agency told Sputnik that the Armed Forces have been growing discontent with the Syrian policy of the Turkish leadership.

Ankara’s policy towards Syria, in particularly, the statements by the Turkish leadership, indicating the intention to conduct a ground operation in Syria, directly affects the Turkish Armed Forces.

The former head of the Intelligence Department of the General Staff of Turkey, Ismail Hakki Pekin, spoke to Sputnik in an exclusive interview saying that he was sure that the Turkish Armed Forces in Syria do not have those aspirations that guide Ankara.

“Naturally, they are obliged to follow orders. But I can say with confidence that the Turkish Armed Forces have never supported the idea of a military operation against a neighboring state.”

Pekin further said that there is considerable opposition in the Turkish ranks towards the current situation.

“There is an understanding that the overthrow of Assad, in fact, will not solve the problem. On the contrary, this step can cause more serious long-term instability in the region. In fact, it is in the interests of Turkey that Damascus strengthens its positions and establishes effective control and security at the border.”

According to the former head, stability in the region would help Turkey provide its own security. “For many it is clear that instead of getting involved in a useless, very expensive and protracted war it makes more sense and is much more profitable to strengthen the Syrian regime and move military operations away from Turkish borders.”

The former head of the Office of Intelligence stressed that Turkey’s invasion of Afrin or Azaz can have very dangerous consequences.

“The slightest move into Syria’s inland threatens us with a clash with Russia. Even a small-scale ground operation will lead Turkey into a deadlock. Meanwhile, there are signs that preparations for such an operation are being carried out.”

Pekin said that the security measures inside the country are rising, and there are new methods being introduced in order to respond to external threats.

“I think that if Turkey still dares to take this step and invade the territory of Syria, the consequences will be irreversible,” the head concluded.